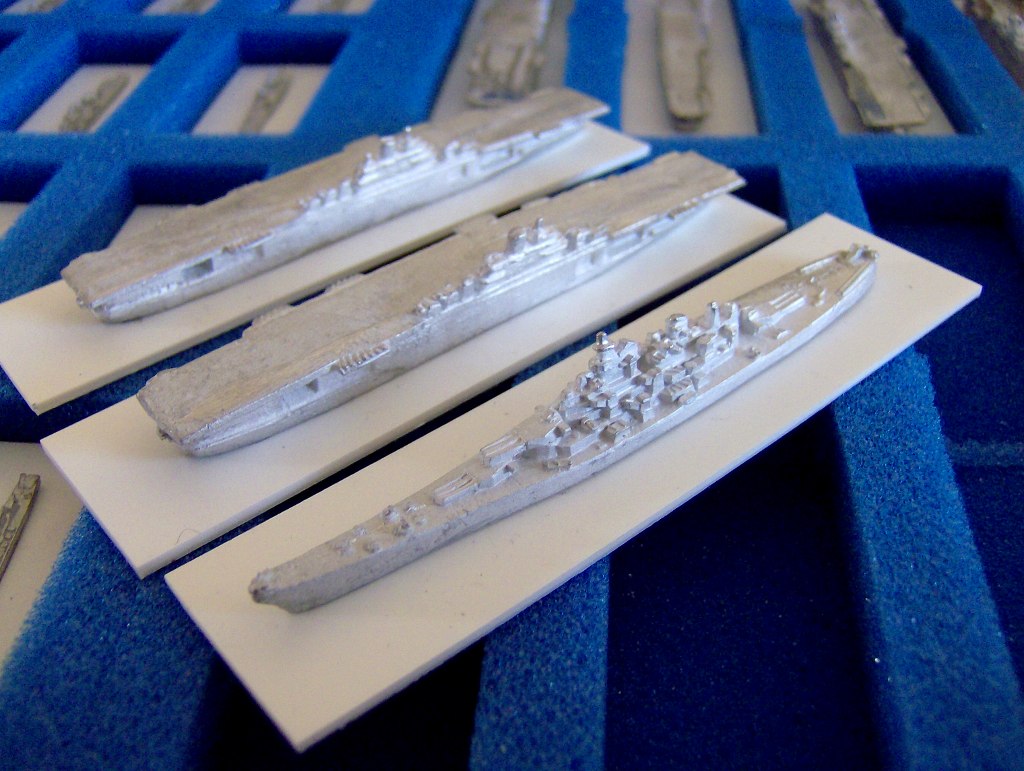 The Battle of the Philippine Sea has been on my wish-list of projects for a few years now.  Its one of the largest sea battles in history, (In the top three with Jutland and Leyte Gulf, but it’s exact position depends on your method of measurement). A Small Windfall  gave me the excuse is needed to go to Navwar to pick up their “battle Box” for the battle.  Pictured Below. 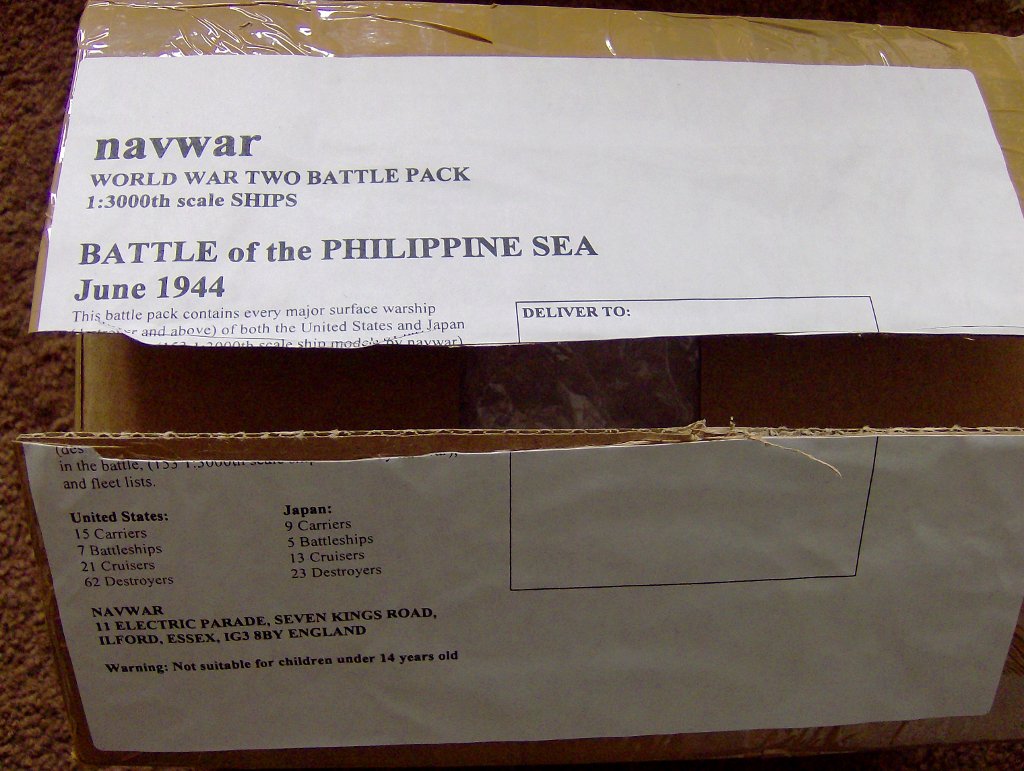 NavWar’s Battle of the Philippine Sea Box contains [taken from the label] every major surface warship, destroyer and above, of both the United States and Japan in the battle, and fleet lists. U. S. – 15 Carriers, 7 Battleships, 21 Cruisers and 62 Destroyers. Japan: 9 Carriers, 5 Battleships, 13 Cruisers and 23 Destroyers. 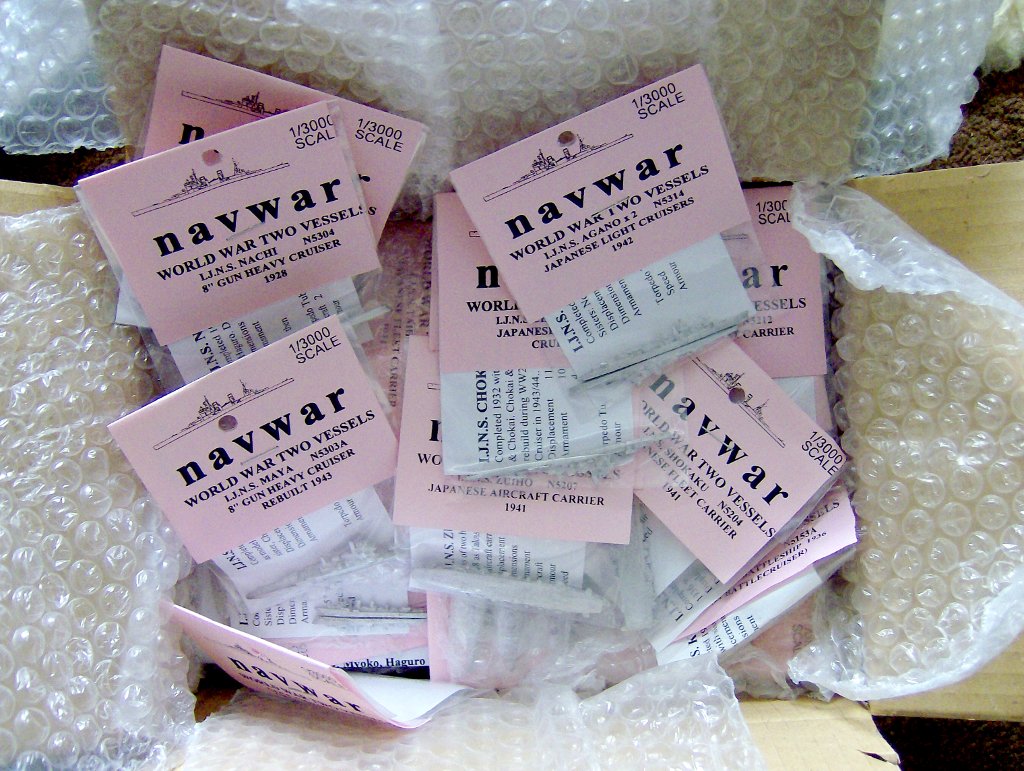 I can attest to everything being present and accounted for, with a few extra destroyers being thrown in for good measure (probably due to how they are cast).  The general quality of the models is very good, with a lot of surface detail.  The casting quality varies, with most being good to excellent, but the odd mis-cast model with excessive flash does sneek in.  Thankfully these are very easy to fix, with the flashing occurring on flat areas of deck where you can easily file it down.  One the whole these compare favorably to other miniature companies I have purchased from, and given the surprisingly low price point, these are excellent value for money

Above is a small selection of the models.  I based these on 1.5mm (60x Thou aprox)  Plasticard.  There is still a bit too much flex in 1.5mm card, and I would have liked to use something stronger, but thicker plasticard looks a little nastier on the table, and is harder to work with.  People who use normal cardboard or hardboard are simply asking for problems further down the line when these materials warp or fray.  Besides I was hoping to use army painter system on these, so a non-porous material is a must. 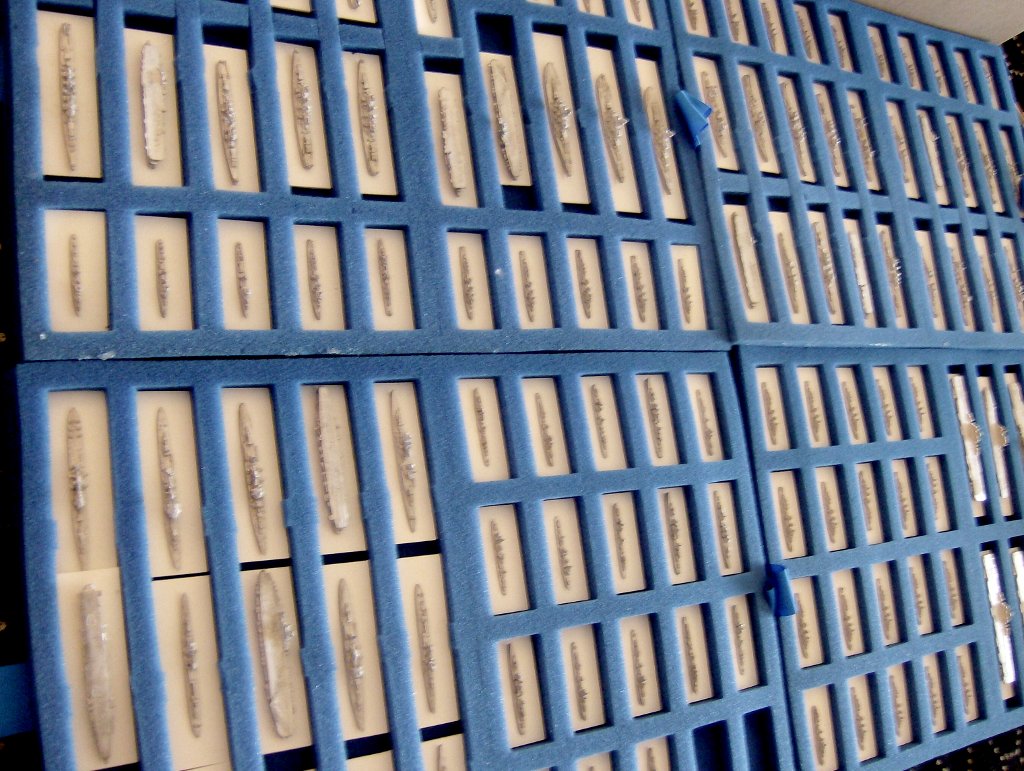 The bulk of the models based up now, the case is a K&R card case from their 6&10 range.  The tray selection is 5x KR610N trays.  Normally I would buy the metal cases for my figures, but I got the shoulder-bag for the card case as a freebie in my Salute-2011 goodie bag, so this allowed me to save a few quid buying a card case instead of an aluminum one.  The Tray sizes pretty much dictated to me my basing standard (25mm wide) but that was close enough for the models to look right anyway.