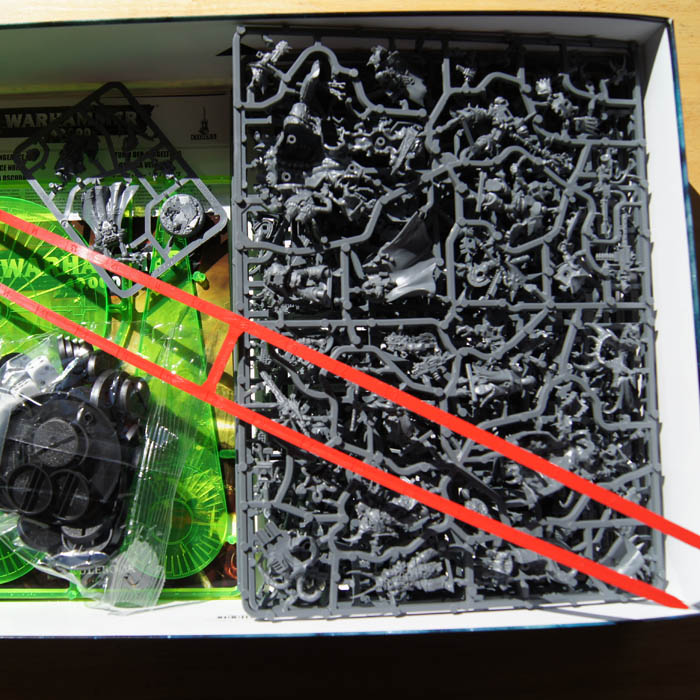 So what do you get for your hard-earned cash? 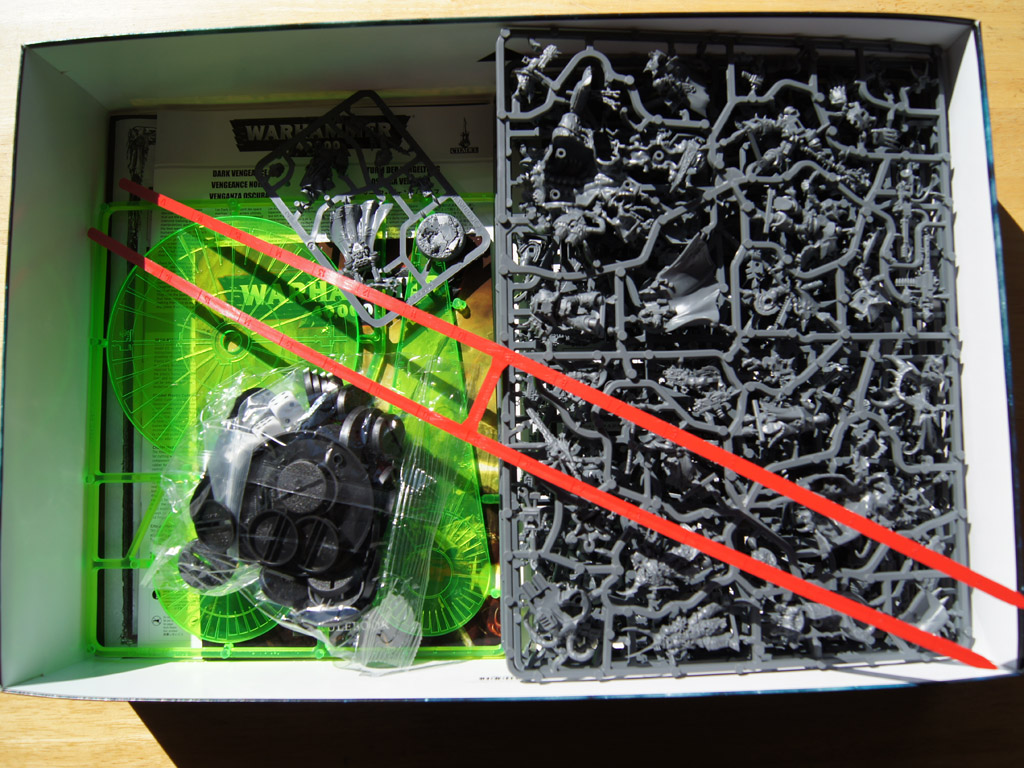 Lets get the predictable stuff out of the way

You get a Chopped down version of the rulebook, which has the core rules and is downscaled from A4 to A5. A size which makes it great for Chucking in the miniatures case to take to a game for reference, but is too small to actually read for a prolonged length of time. There also the traditional ‘read this first’ and assembly instructions which I don’t think anyone in the history of GW games has ever read. Quickplay sheets are a nice touch to make this a real playable set. 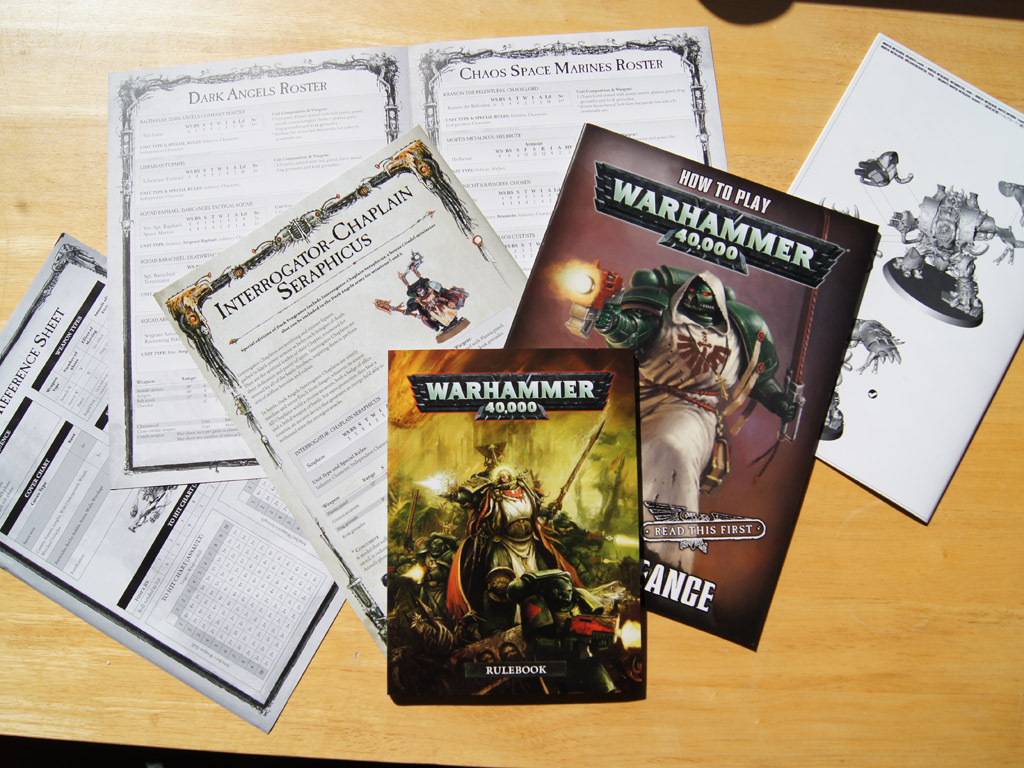 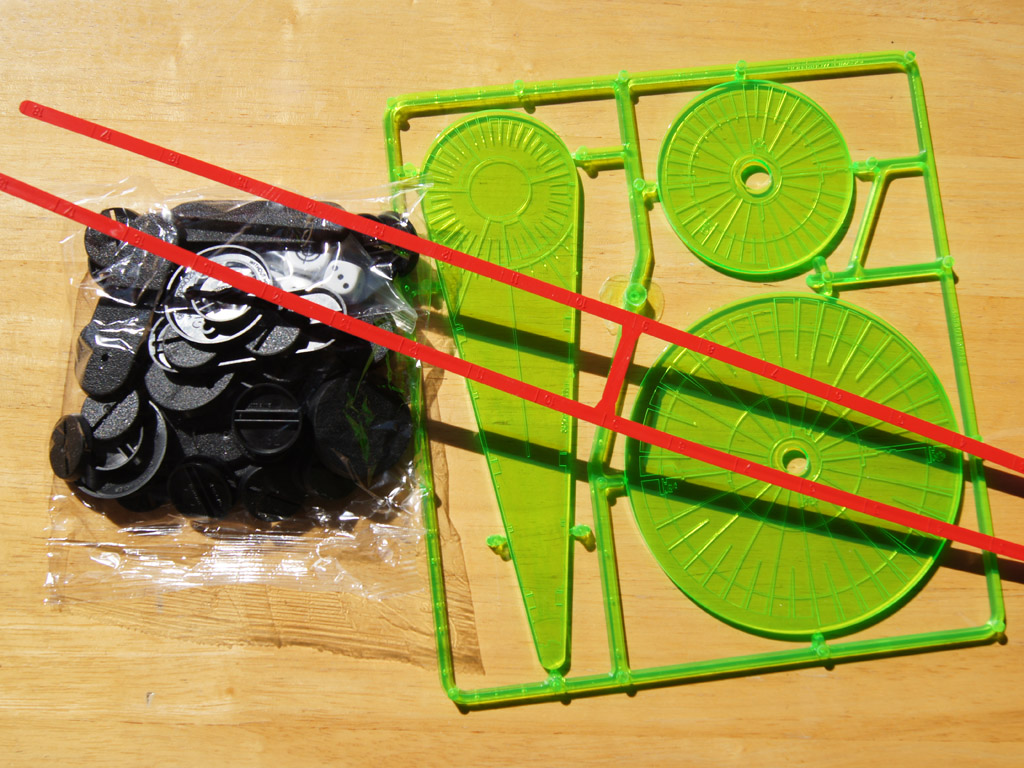 The sprues are just stunning. The characters are chunky, the surface detail is amazing, and the figures ooze character. The New sprue layout is funky, and has a hint of a computer driven layout which has gone through a flow-analysis rather than the traditional mould designed around a ‘grid’ or mesh layout. But more of this later.

Putting a whole dreadnought-like vehicle in a starter set is just fantastic, given what we used to get in 2nd/3rd Edition this is really taking starter content to the next level. 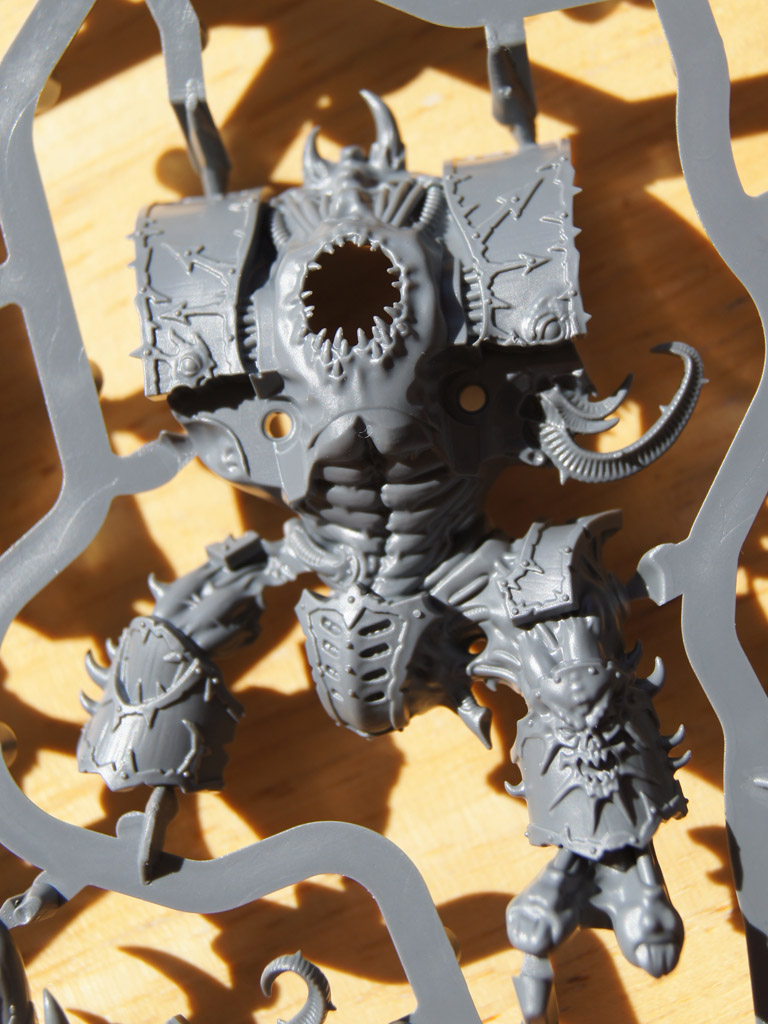 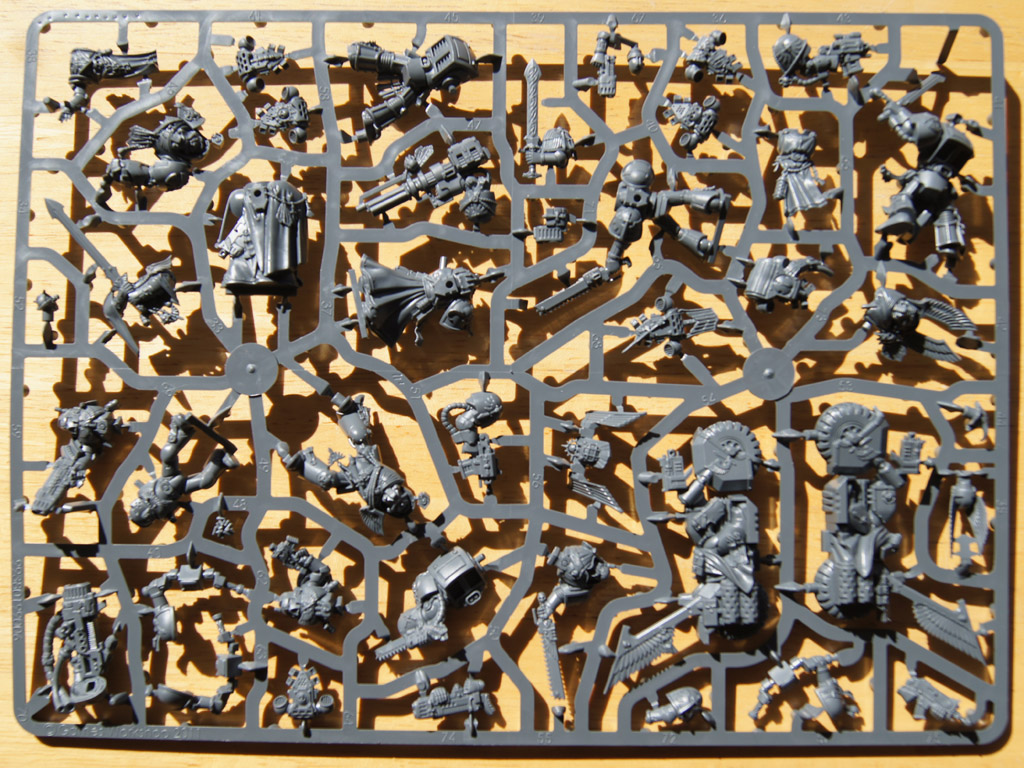 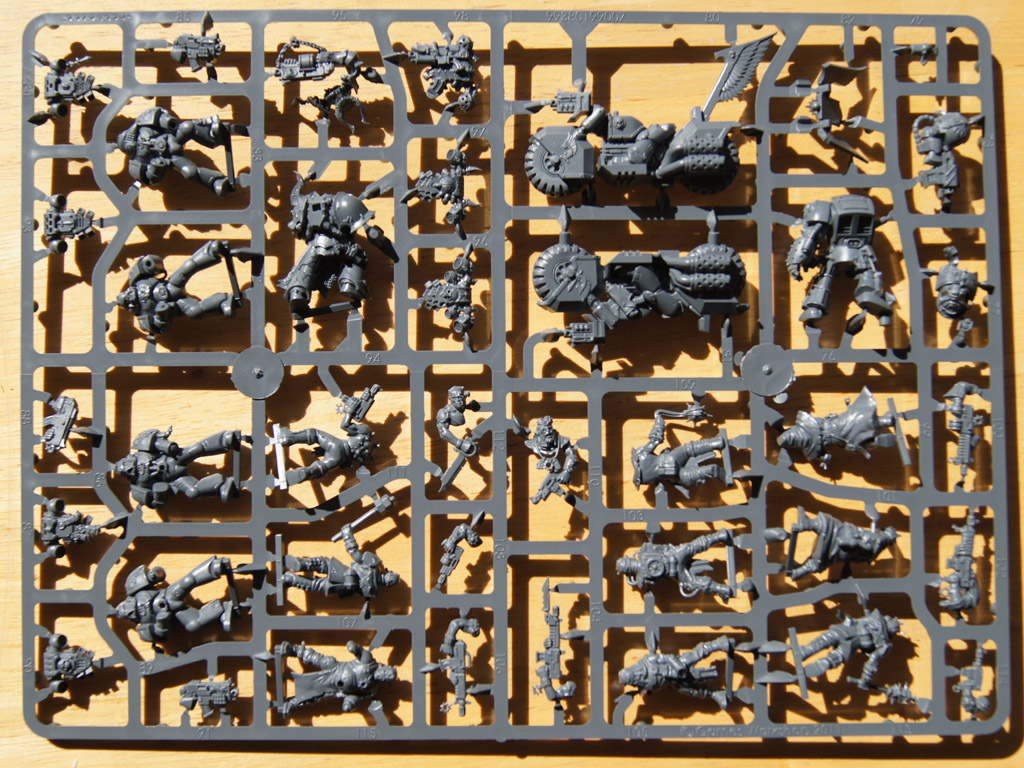 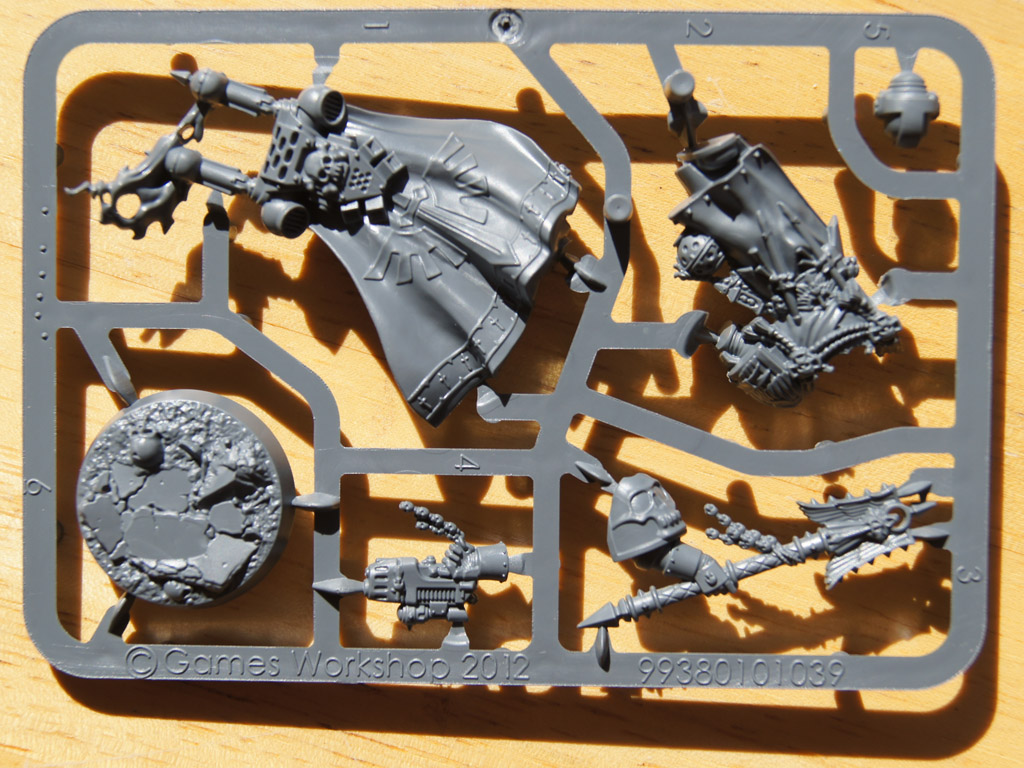 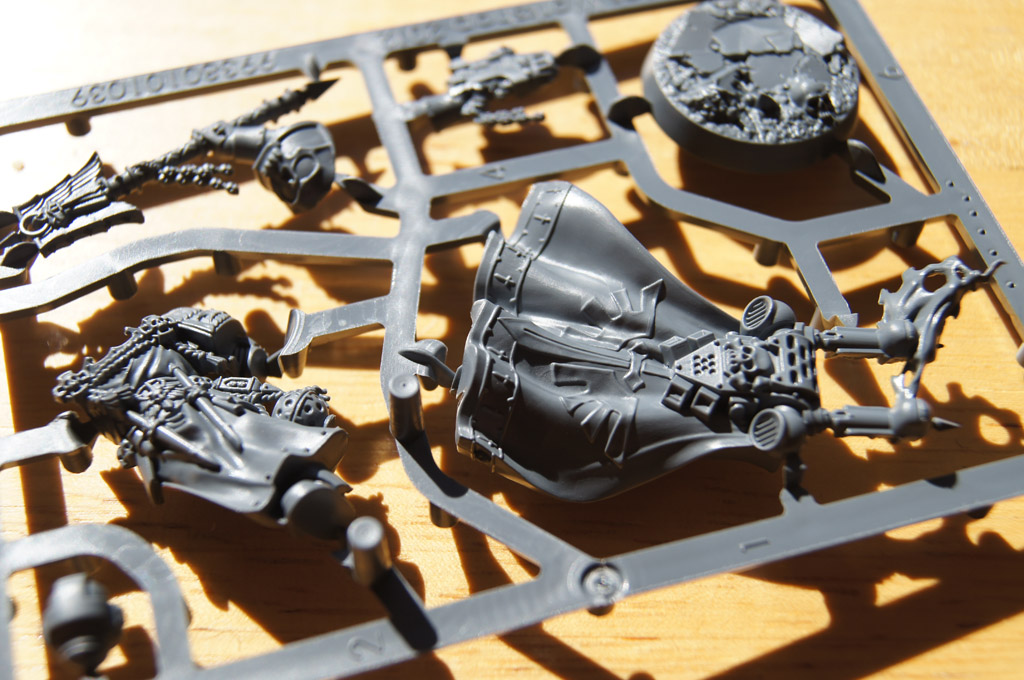 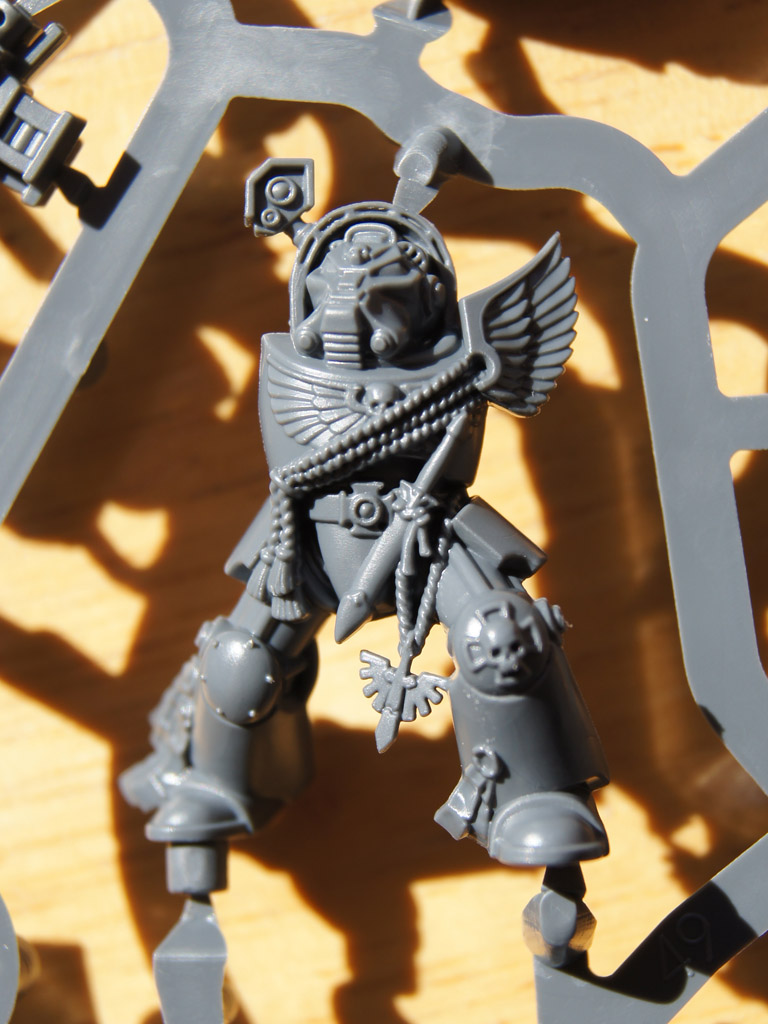 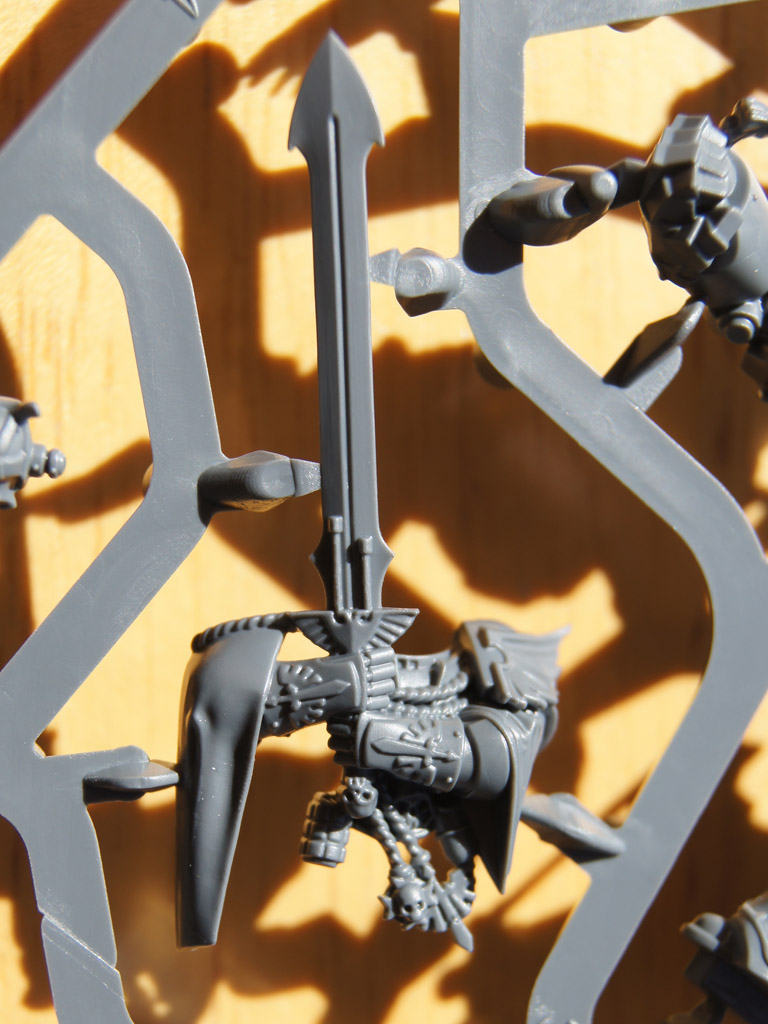 Cultists have always been my favourite army to play in WH40K, both Genestealer cult and chaos cult (this was back in RogueTrader and 2nd Edition days). The new sculpts are cracking, i especially love the 8 pointed scarification going on. Although I would have preferred something more on the lines of Necromunda’s house cawdor / redemptionists, these guys really inspire me to collect a chaos force again 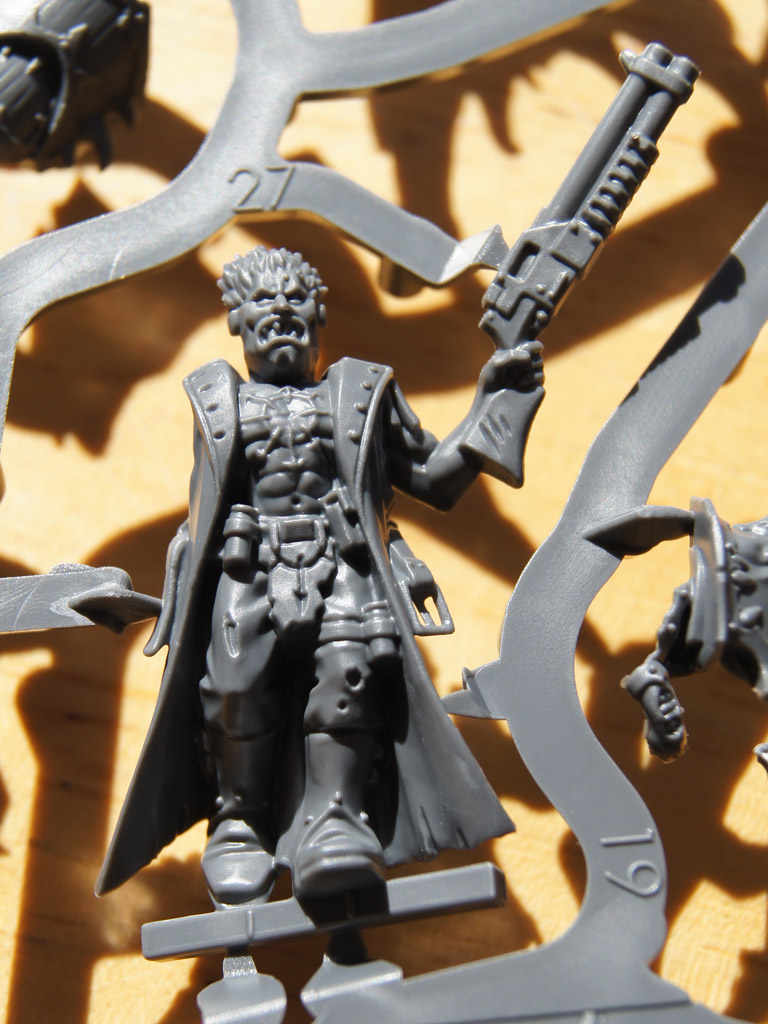 The level of detail on the chaos marine armour is unprecedented. I don’t think these are even sculpted by a human any more, there has to be some kind of 3d modelling software at work here. 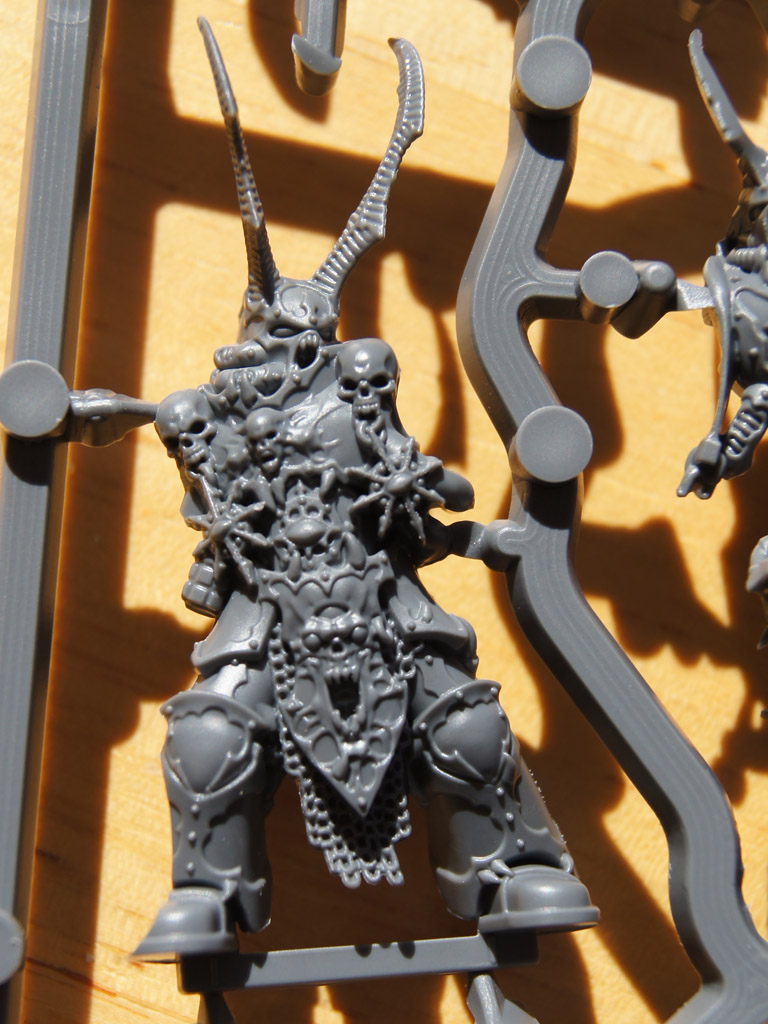 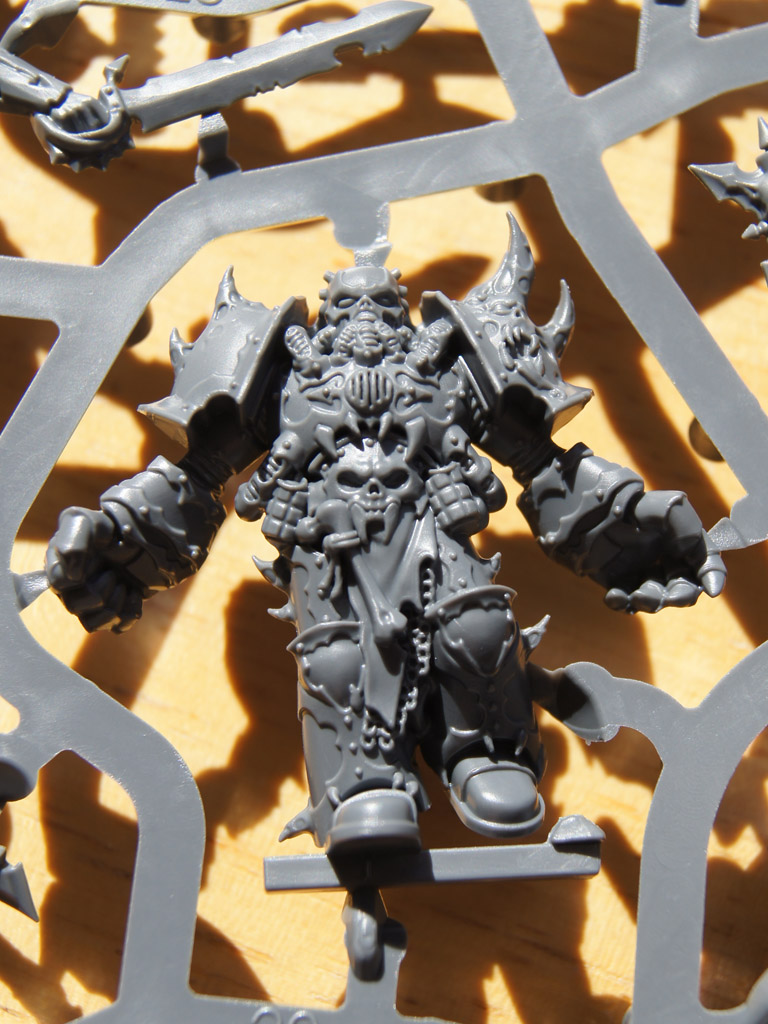 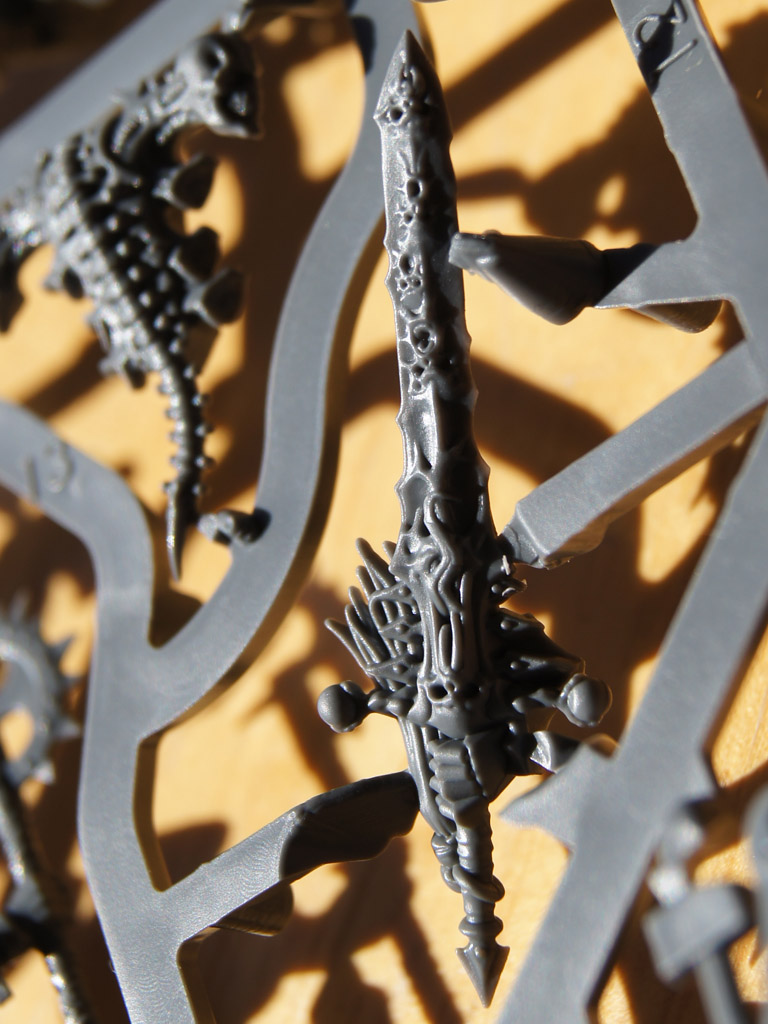 A shot of the assembly instuctions, just to point out a few interesting things. First up, thats a CG render there, no question of that. So GW are either using a sculpt and a hi-res 3D scanner. OR The models are 100% generated in Maya/Max/ZBrush or something similar.

A Bit more on the whole CG mesh idea
See that bolt pistol and head-spikes section in the image below, check out how they cut that away from the main sculpt. I can tell you there’s not many software packages can do that. Max and Maya’s Boolean tools wouldnt be so neat, I would hazard a guess at either Solidworks or Materielize Magics being used to divide the 3d sculpts into individual pieces. Having looked at the clip-together interface between the pieces I would guess ‘Magics’ Ver 13 or later has been used.

So To sum up, Really looking forward to painting this lot. Shame I wont have the time for a while.