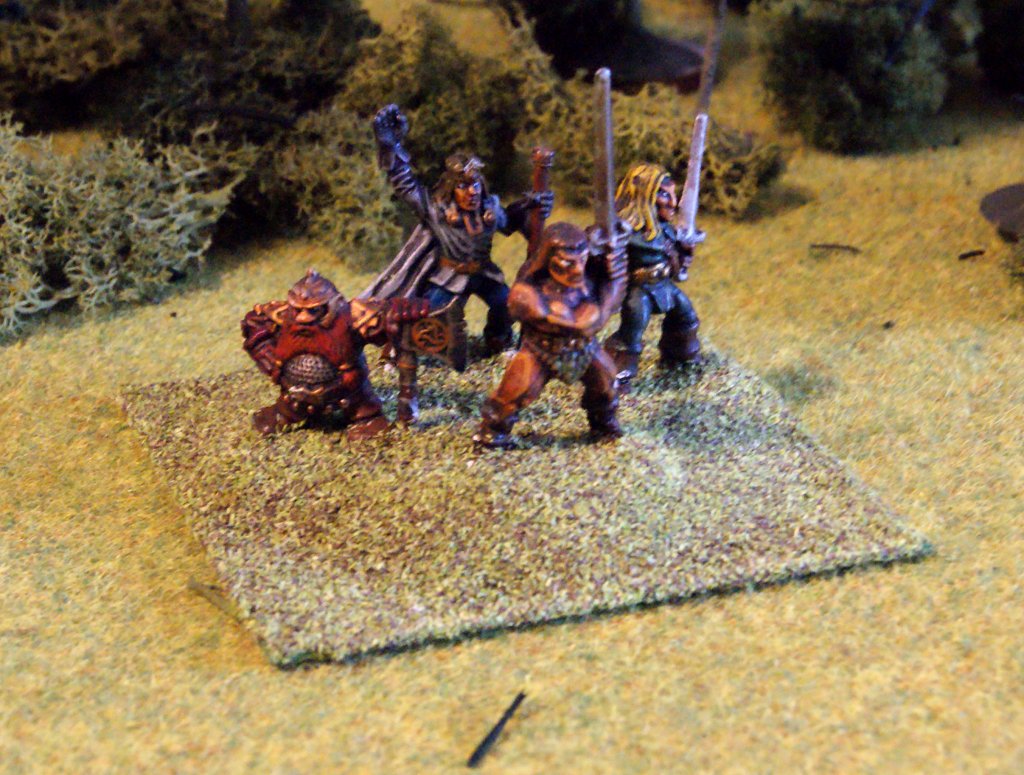 Even for 4AP per element Heroes are simply sick.  They can cover great distances quickly at 500p per turn,and +5 vs all enemies makes them unstoppable in combat . The only elements that get a quick kill against them are paladins or artillery (Neither of which the opposing side have) , and they are destroyed 50% of the time buy other heroes (Which the opposing side does not have).  Given the context in which these are fighting, these are serious heavy hitters.  The only thing which could cause them issues is being ensorcelled by an enemy magician.

Given their speed and combat bonuses, these are your go-to guys when you need a threat removing from the table.

As for choice of models, well, it couldn’t be anyone else could it. 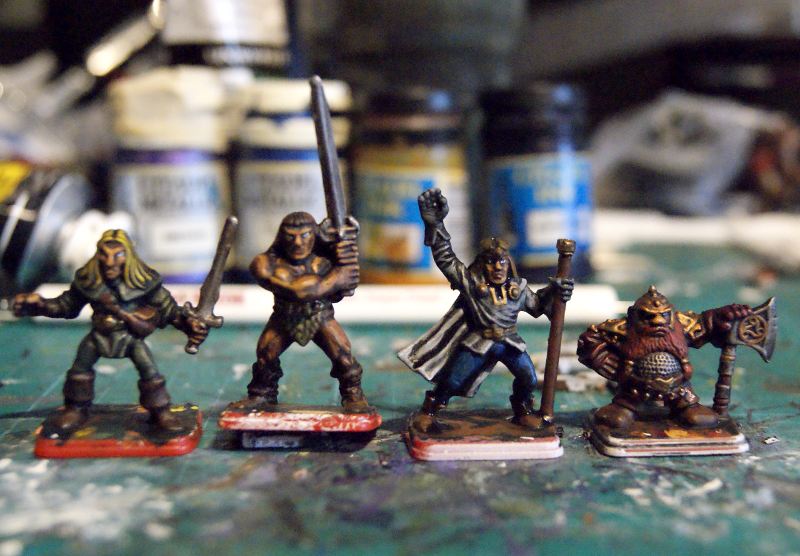 The original 4 hero lineup from Heroquest,