Magician, or Caster as we sometimes refer to them, are one of those unit types which give Hordes its character.  They are powerful, but not ‘broken’, they provide the longest range attack in the game, and require no line-of-sight to do so.  For a whopping 4AP you definitely get what you pay for.

Magicians are fast moving units, able to keep up with the fastest cavalry units, and a strong 4+ against all comers in combat makes them a threat to just about any unit type.  However they cost an additional pip to move, and their magical attack is another pip again, making them a staggering drain on your command resources.

Despite the huge cost in doing anything with them, they can really put a punch wherever needed, the ability to ‘blink’ through friendly troops, and cast a ranged attack 1200p, means that if you have the command points they can put a good hole in just about any advancing formation.  They also freak out behemoth and dragons, causing a flee rather than the usual recoil.

Both forces in this project would have a few magicians.  Kit-bashing these was great fun, and consequently I ended up with a few more elements than any sane person would want.

First up out of the Attic was “Zanrath – High Mage of Sarako” from the “Wizards of Morcar” expansion to Heroquest.  Although originally a bad guy from the bord game, he looked too stereotypically wizard like not to be painted up in royal blue for the good guys force. 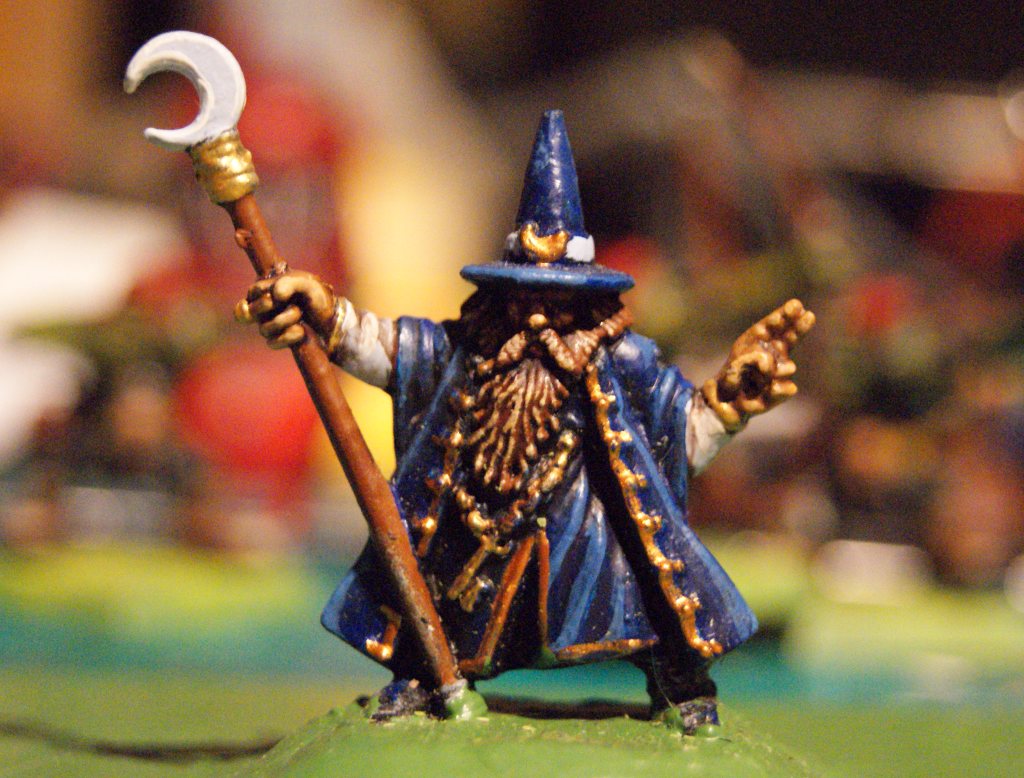 No Bad guy army could be complete without this guy, the dark wizard Morcar from the original Heroquest.  Next to the Dwarf from the same game (Who later became the white dwarf), this model is an icon in itself.  Although there is a lot wrong with making a magician an army commander in hordes of the things, this guy holds too many childhood memories for me not to be placed in command of a force.

Next up for Bad guy magician elements was “Grawshak, Orc Shaman of the Northern Tribes” also from the “Wizards of Morcar” expansion.  I Chose 2x mummies for his escort (1 from Heroquest, the other from Darkworld).  Morcar is flanked by 2 skeletons from the same respective boardgames. 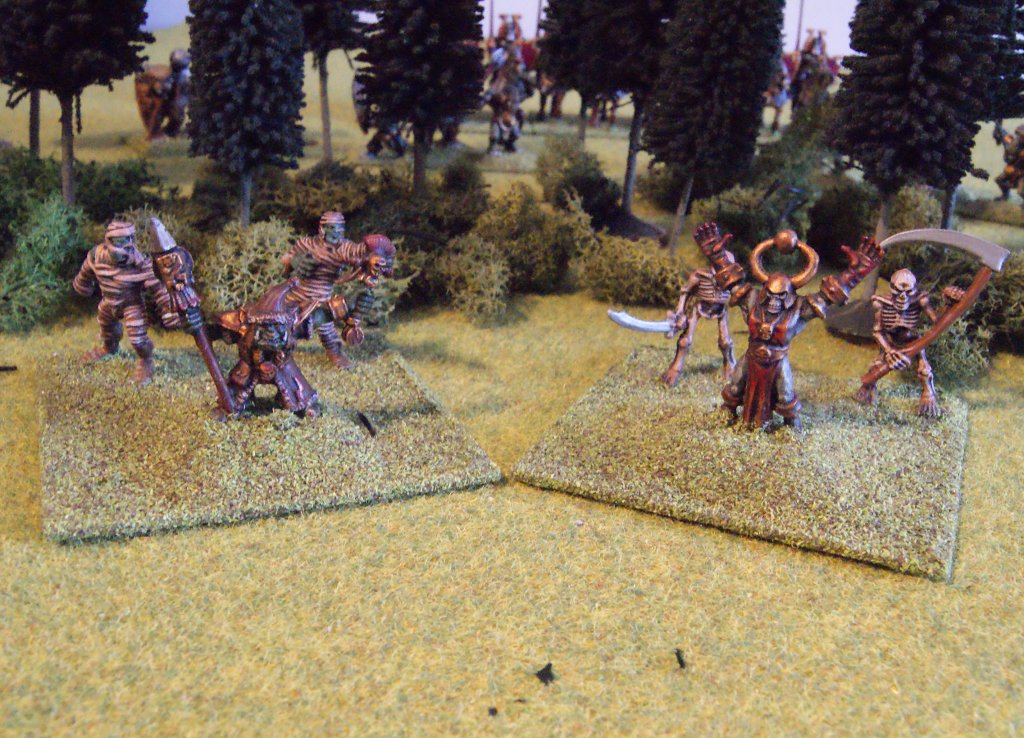 As for the remining models from Morcar, yes I am aware of their spectacular ebay value, but no, “Boroush, the Storm Master” and “Fanrax, the Malicious” never turned up, despite days dredging my parents attic for parts.