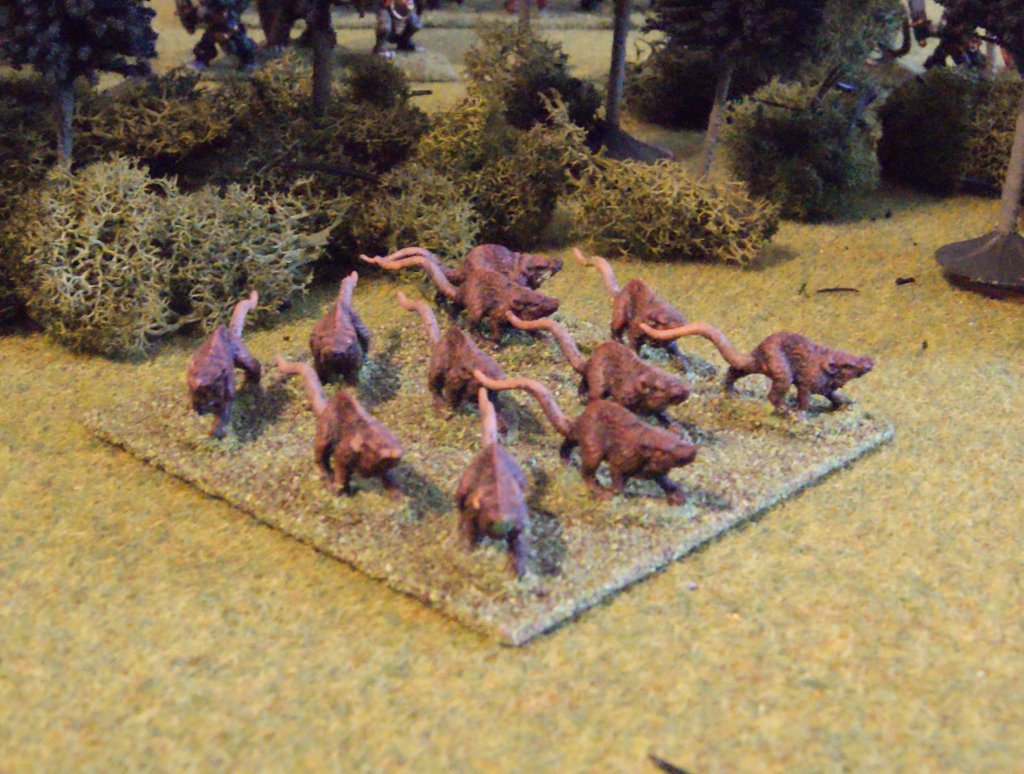 Beasts work best in bad going, they are the only mounted unit which can fight in bad going and not suffer a penalty.  Combines with lurkers a cunning player can pretty much command all the areas of terrain on the table and funnel their opponents troops into convenient locations.  2APs gets you a fast moving unit at +3 vs Foot, and 4+ vs mounted, they auto pursue fleeing or recoiling enemy and they don’t get the usual penalty for bad going.  Basically rider which has sacrificed some speed and control to fight in the rough.

Models used were both swarm models from warhammer quest, the giant rats and the spiders.  The snottlings off the same sprue were reused to bulk out the horde elements. 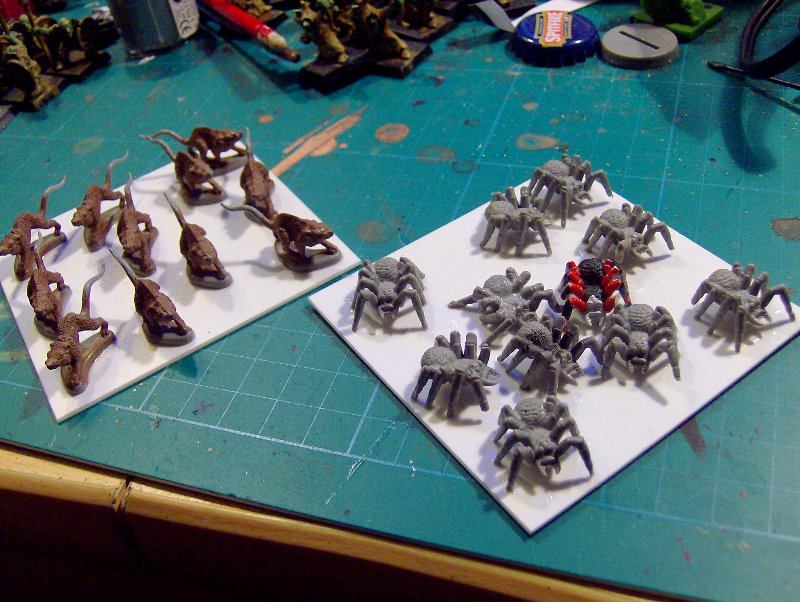