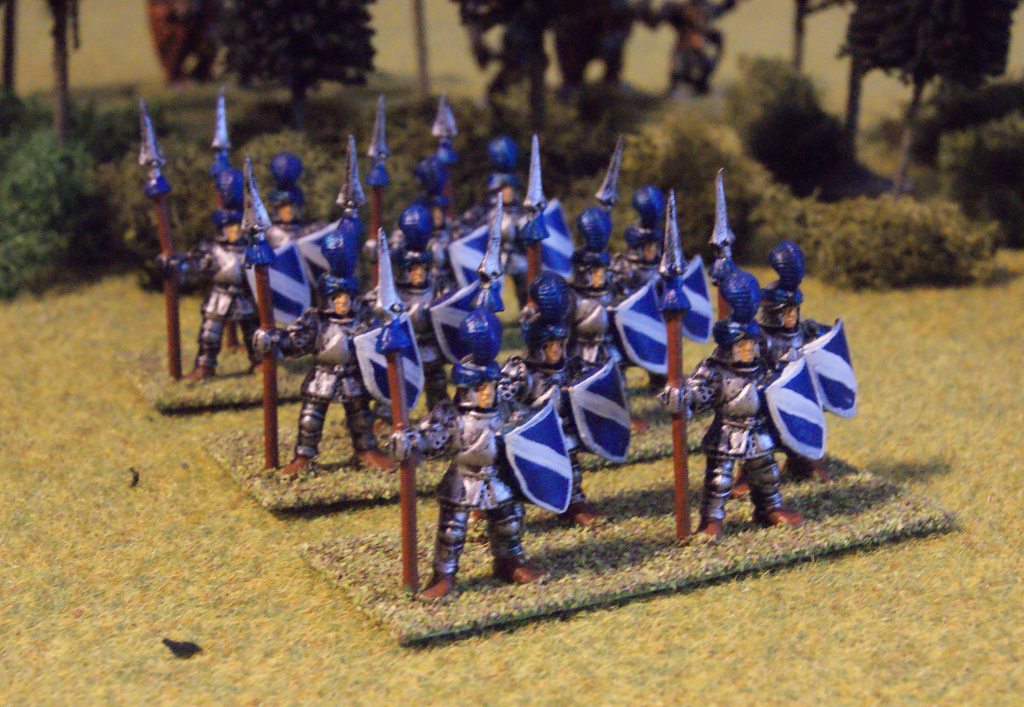 Spear elements in hordes?  Solid .. like totally solid, solid as a rock. Spear gets +4 vs anything, with a +1 on top for a supporting rank, meaning they can take care of most foot and mounted units, and can double-rank to hold the line against behemoth, knight and even dragons.  They are a underused unit type in HoTT and I really wanted to make better use of them in my version, the only issue was lack of appropriate models. 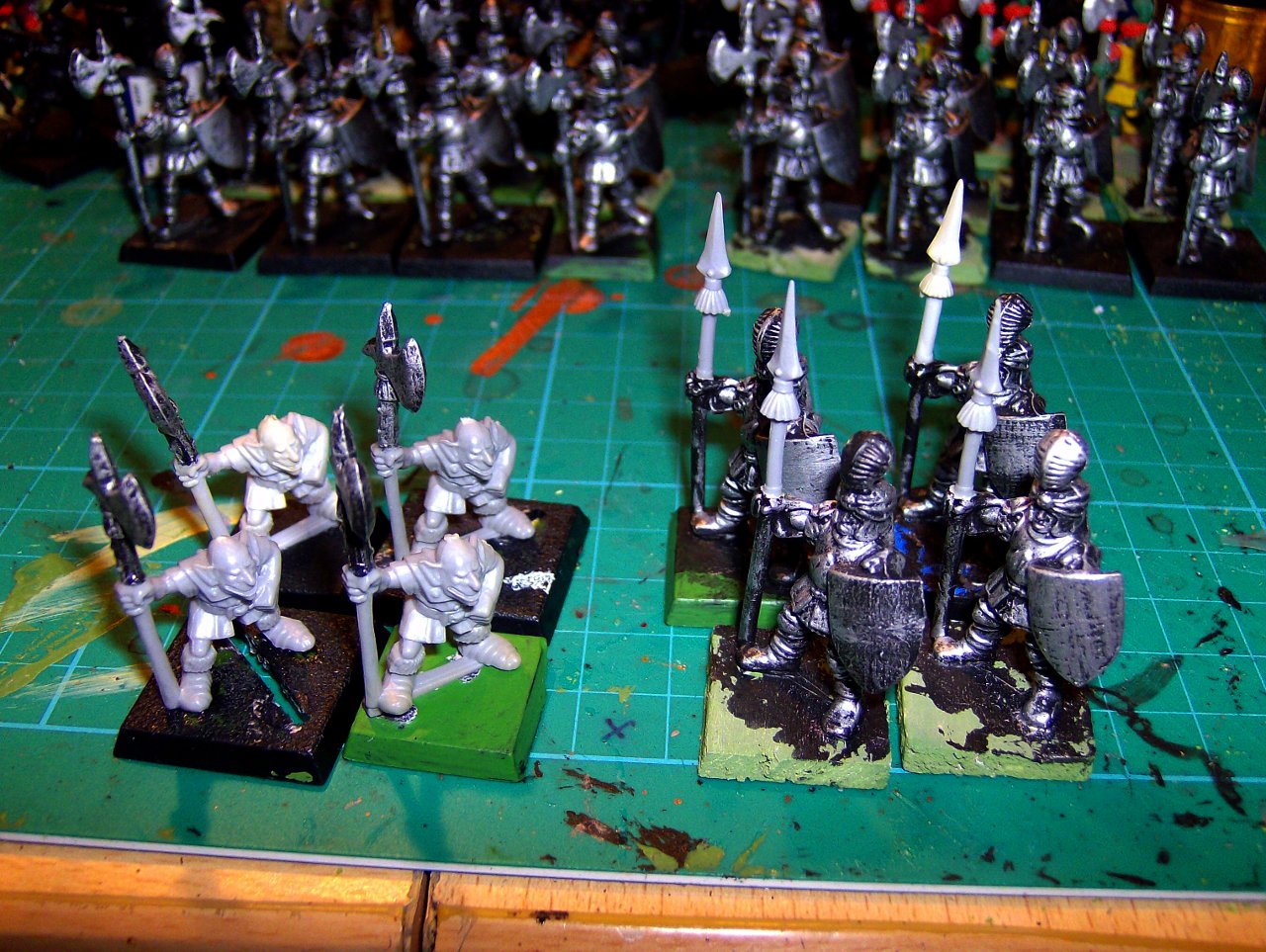 Although none of my bargain basement models had spears, I did have a surplus of blade.  After rustling through the mountain of eBay plastic I came up with a solution.  The Halberds from Battlemasters were the right kind of model, but with the wrong weapons, the most plentiful source of weapons I could find is the Goblins from 4th Edition Warhammer fantasy Battle Boxed set (the one which came with High Elves and Goblins).  A Simple weapons swap later and I had my spear units, with the added bonus of having some different looking goblins to make the Horde stands look a bit more random. 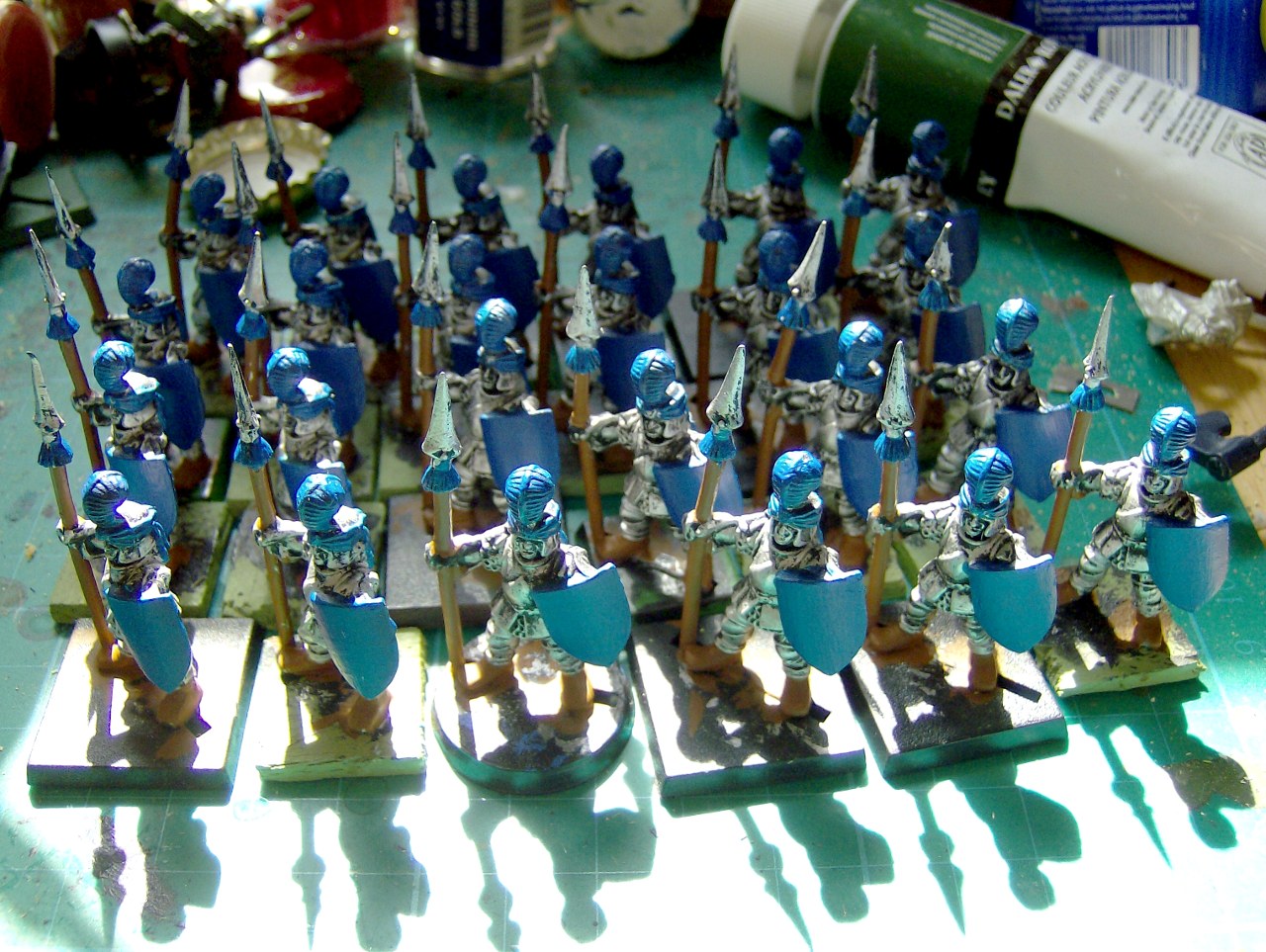 Paint job was the same as Blade.  Paint Black, Drybrush silver, detail in a ink-thin wash of colour over other areas to top to get cheap highlights from the drybrushing and done.