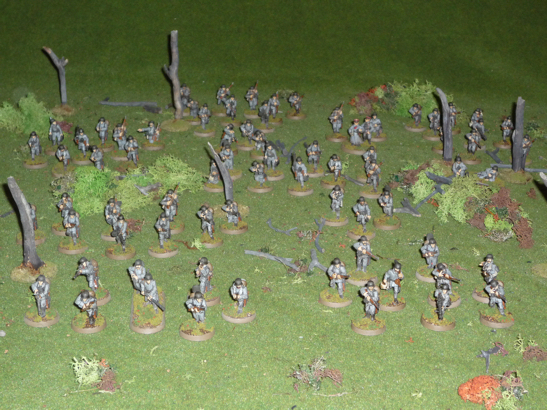 So my German force is now painted and complete up to 600 points. This gives me a large enough force for standard missions on a 4’ x 4’ table, about the smallest that I’d be willing to call a “game”. This page is mostly an excuse for some photos, but to help fill the space I’ll also go through the army list and explain the unit choices and how the forces in “The Great War” are structured.

The German force is based on the 1918 “Angriffbataillon” (Attack Battalion) army list. In the winter of 1917-1918 the German army was heavily reorganized. Around a quarter of the total manpower of the German Imperial Army, the youngest and most capable available, underwent three weeks of intensive training and were designated as Angriffbataillons in preparation for the 1918 Michael Offensives. It was hoped that this would help spread the advanced infantry tactics of the Stormtrooper Battalions to the main body of the army.

In “The Great War” army lists are drawn up using a standard points-based system. The bulk of a force is comprised of “Core” units; usually basic infantry companies, each consisting of varying numbers of multi-man platoons.  The availability of more specialized “Support” units is based on the number of “Core” units taken, plus their own inherent points cost.

The 600 point list (slightly tweaked from the one I gave in Part 1) I came up with for an understrength Angriffbataillon is: 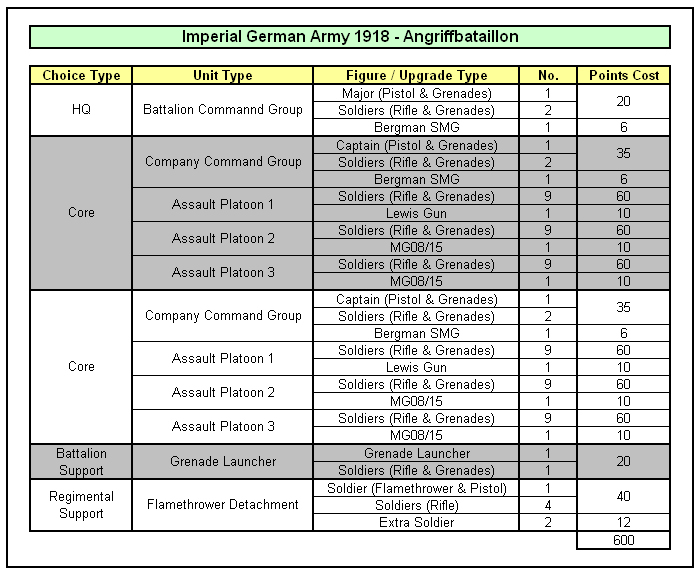 This list fields the minimum number of core units required to make up a “legal” force, plus a couple of lightweight support options and the mandatory Battalion HQ. I’ve included a couple of photos and some comments for each type of unit in the force list.

This is a mandatory selection. Command units in “The Great War” can substitute their leadership value in for that of any unit under their command and within their command radius. Leadership checks are used for resolving morale, pinning, or directing fire at units that are not the closest target.  This HQ is lead by a Major. It could include a Colonel for even greater benefit, but I’ve decided to stick with a Major since I don’t want to sink too many points into the HQ with a force this small.

I’ve taken up the option to include a Bergman SMG, mostly because it’s a real German “signature” weapon, but it should hopefully give the HQ a bit of bite if anything gets too close. 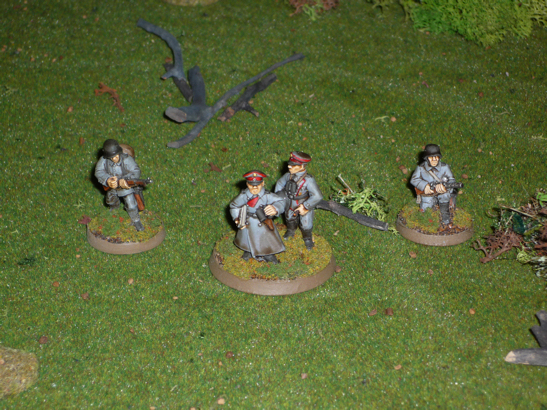 These are the backbone of the Angriffbataillon: standard Assault Infantry in platoons of nine men,each with a rifle and grenades. Since I have to field at least two, and each must include at least 3 platoons, this is about the smallest force you can legally field. There are tonnes of optional extras available, but I’ve just stuck with giving each platoon an LMG. Four of the platoons are using standard Machine Gewehr 08/15’s, the other two wield captured British Lewis guns. Each Company has its own 3 man HQ with a Captain, and again I’ve opted to put a Bergman SMG in each. 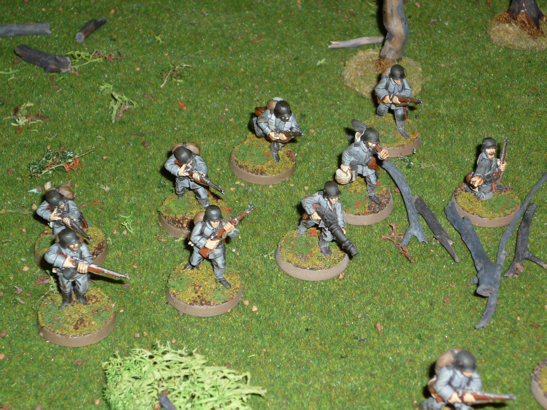 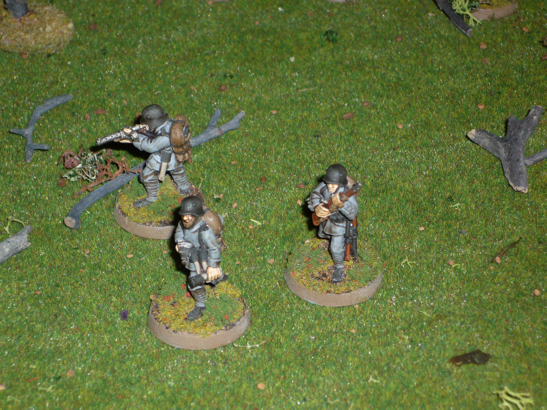 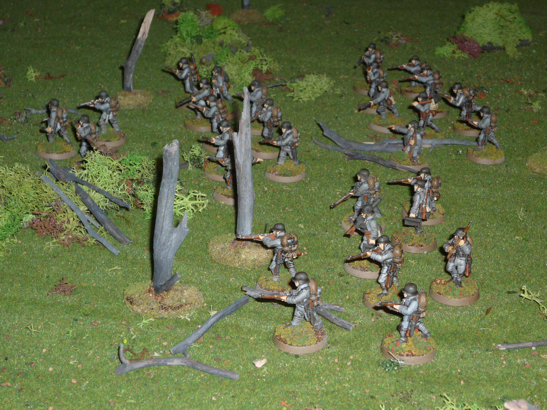 Since the German Assault companies are so strong, there aren’t a lot of points left for support options. The Grenade Launcher counts as a Heavy Weapon, not a Support Weapon, which should mean it can keep moving with the infantry. It has a fairly short range, but has a strong blast that uses the standard blast template. 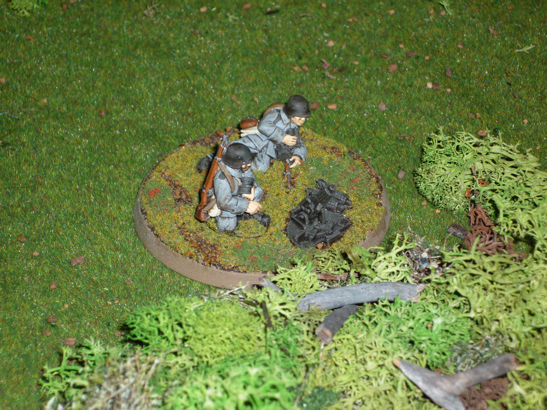 The flamethrower uses the standard GW flamer template. It has the option of taking a lot of extra soldiers, and I opted to put the last spare 12 points into bulking this out. Since the flamethrower itself is a Close Range Weapon and not a Support Weapon, the Detachment will count as a “Scoring” unit provided it contains at least 5 models.

This is probably my favorite unit painted so far. The flamethower itself is mounted on a GW motorbike base. 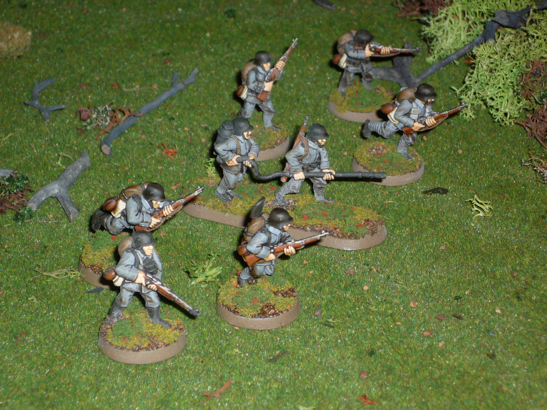 The assembled Battalion is shown below. Since this force contains strong scoring units and fairly maneuverable support weapons, I’m guessing that the German player will probably want to take the offensive.

The good news at this stage is that I can get from 600 points to 1000 points just by adding Support options, so for now I’m done painting grunts! Hooray!