There has been a bit of a surge in the popularity of World War One wargaming in the last couple of years, and some great rulesets and ranges of miniatures to go with it. The choice in 28mm figures seems particularly strong at the moment. I was enticed by the range from Great War miniatures and also encouraged by some new hobby products that promised to take some of the effort/talent out of putting together a good looking game. 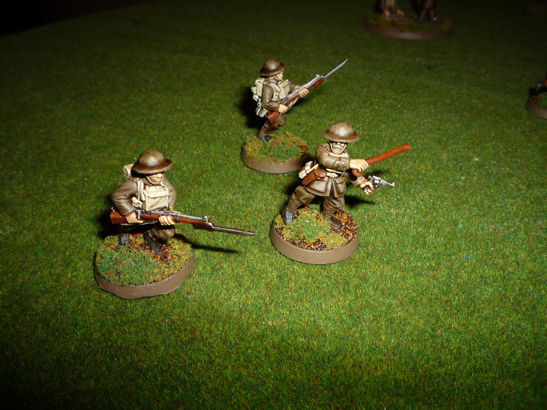 I have started putting together both British and German forces for the 1918 late war period. By this stage of the war the traditional trench stalemate was beginning to break down. Battles were more fluid, new and interesting technologies were being introduced and infantry tactics were highly refined. This presents some great choices when composing army lists, and presents the opportunity for game scenarios outside of the stereotypically linear, trench-based affairs that dissuade a lot of gamers from looking at World War One.

The ruleset I’ve gone for initially is “The Great War” by Warhammer Historical. From what I’ve heard it’s similar to Warhammer 40K with a few tweaks, and the rulebook is very professionally produced. It’s aimed at battalion sized engagements with, but it’s scaled about 8:1. All in all I have high hopes for the system, but one advantage of gaming in this figure scale is that the figures seem to be mounted singly for almost every ruleset. So if “The Great War” doesn’t work out it shouldn’t be too much hassle to switch. 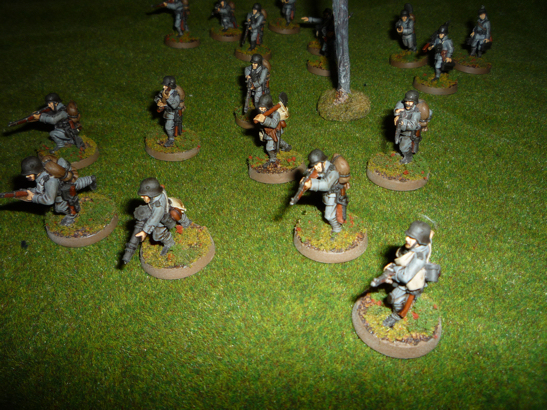 When I start up on a new project like this I like to set myself a target to aim for. For example, with my Anglo-Zulu 15mm set it was “Refight the Battle of Inyezane”, but after some initial number crunching it was clear that this was going to be my biggest and most expensive project to date. I would have to build up slightly more incrementally in order to actually get a game running within a reasonable timeframe.

Like most Warhammer games there are points-based army lists which are used to fill “core” and “support” slots. There are two types of missions: Standard Missions are for equally sized armies and are mostly based on “meeting engagement” type scenarios. The Operational Missions are more complex attack/defend situations based on a nominal points value of 1500 (Attacker) vs. 750 (Defender).

Having sweated over the army list for a few weeks (and I admit I’m tweaking them even now), I came up with the following milestones.

So whilst getting two 1500point armies is the ultimate goal, I’m building up to it in stages, each of which will allow a balanced game to be played.

This is what the initial army lists for 600 points look like:

Both army lists are heavy on “core” troops with lots of grunt infantry. In “The Great War” a “scoring unit” is any unit with 5 or more infantry in it and the victory conditions for the game largely revolve around getting these “scoring units” in the right place and holding ground. The German force is particularly strong in this regard with 9 men per platoon and an additional 5 man flamethrower detachment. The British have smaller 8 man platoons but pack heavier support weapons with both a light mortar and heavy machine gun. I’ve tried to make the two forces similar, but with enough differences to make the fight interesting. 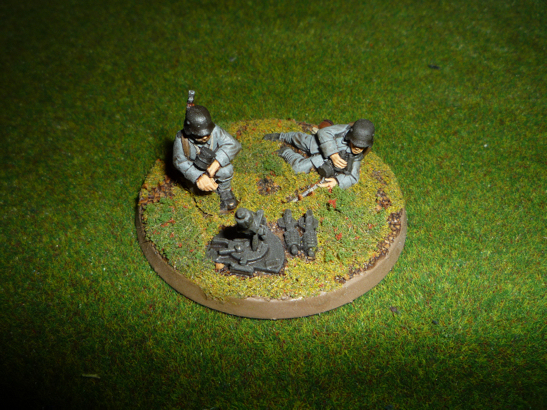 As you can tell from the pictures in this article I’ve already made a start. The German force is almost up to 600 points and I’m about halfway through the British.

In my next article I’ll show some of the methods I’ve used for painting and basing, using a German Battalion HQ unit as an example.