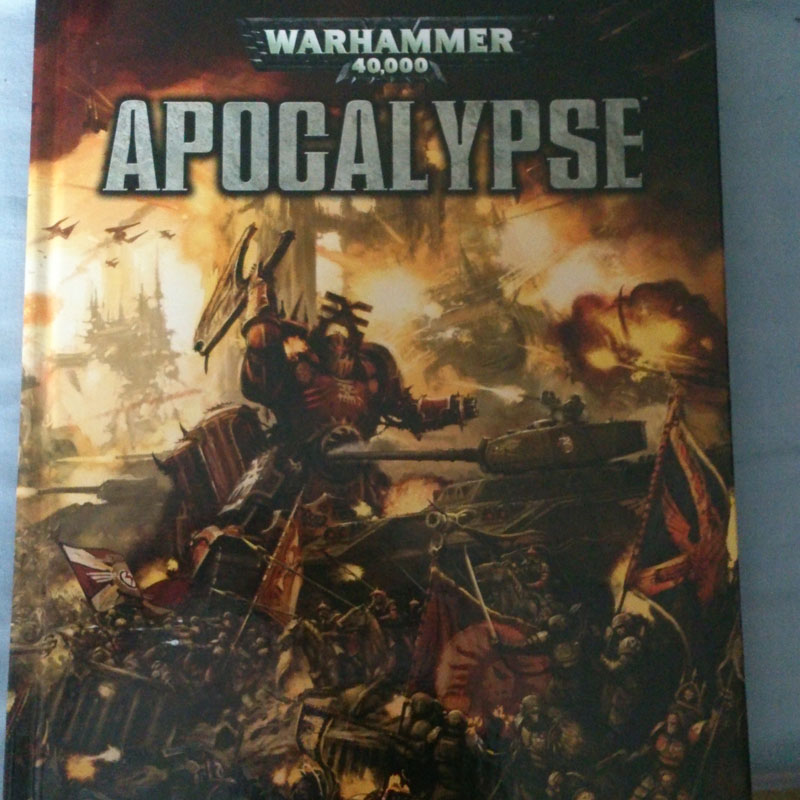 So with a bit of free time on my hands i figured id have a look back at the badab war project. The boarding assault game had gone fairly well if a bit one sided, but i instantly hit a problem the HDD with all the army lists has died so its back to drawing board for the astral claws which was the one last big problem anyway so no major loss the other army lists are all kinda painted or picked out in my head so should be abel to rebuild them. Now in looking through forgeworld i noticed that 6th ed apocalypse had been realsed, yeah using a rule system thats 2 editions out of date was quite bad, especially given the number of core rules changes frm 4th to 6th that had to gentleman rules around or just argued about. The book is very much like the 6th ed rule book, very polished, very thick, full of geek porn and some how 45 quid.

I mean yeah it looks good, but for basically 50 pages of rules and missions it seems a bit steep but figured i’d cheaped out enough allready so justified it was worth it, especially on pay day! Now for the rules themselves i’ve only had a breief flick through but there seems to be more rules than before, even the guy in the shop said they had ‘fixed’ all the problems in the old ruleset by adding more rules, so probably just made more problems and more stupid rule book look ups but i shouldnt rant to much before it actually gets played. Any way i’ll read the rules and get back with a report and some more pics