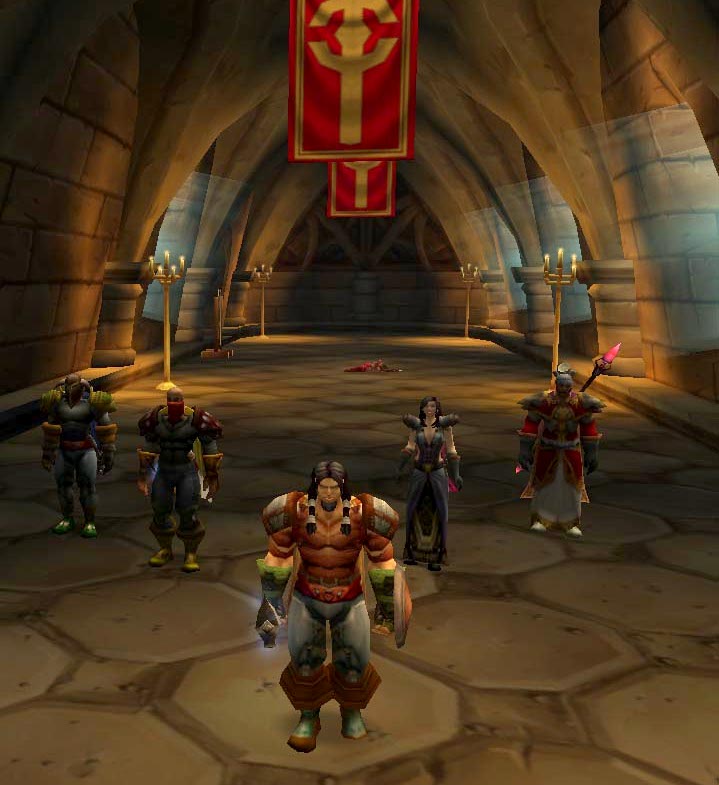 The 5 of us had been playing ‘World of Warcraft’ for a few years prior to this, each of us was a member of a raiding guild (either 1st or 4th best on server depending). This was back in ‘classic’ when the level cap was 60, Raids needed 40 players, and blizzard didn’t pull punches when it came to making hard content. As if Blackwing Lair, Temple of Ahn’Qiraj, and Naxxramas (40), were not hard enough in 2006 (and they were HARD!), we decided to set out on a new challenge: and so the 5 man project was born.

The plan was simple, to complete every instance in the game, at the lowest possible level. This would always be the same group of 5 characters, in addition, there was to be no Twinking of characters, and no questing/grinding outside of the group instance runs. Only loots which dropped in an instance run by the group could be used.

While this may sound an odd thing to do, it turned out to be the most satisfying game play I ever got out of my 5+ years playing world of warcarft.

Warcraft is a lot of hard work, you can spend upto 3 hours assembling a group to go to ‘upper blackrock spire’, only to wipe and disband after the first 40 seconds of the instance. You have to do dungeons with random groups with no concept of tactics, let alone understanding the idea of a Tank. Those random groups which wipe, flake, or even if they do kill something, argue endlessly about the loot, and normally end up stealing something before disappearing into the night. In short, WoW can be a very unfulfilling and frustrating game to play. And when you hit the Endgame raid content, you would look back on those days as ‘easy mode’

But despite this, we love the game.

The 5 Man project got close to touching what I believe is at the heart of what the developers were trying to do when they wrote WoW. So few people ever did Deadmines on level without a boost from a lvl 60 friend. But the content was so good it seems a tragic waste to miss it. So few groups ever saw the end of Uldaman. I think to this day we are the only alliance group ever to venture to wailing caverns and clear it on level without a boost.

By going in at the lowest level, these instances took on a whole new persona, they became the dark foreboding lairs of evil they were supposed to be. They pushed the group to its limits as we devised new tactics to deal with the challenges. While most people in WoW were power-grinding their way to level cap, we chose to stop and enjoy the view. To play the game as it was meant to be played.

Sometimes its worth taking the coastal road instead of the motorway, especially in this case where the view consisted of some of the best game content ever written.

Presented here is a record of our achievements, and I hope it serves to inspire another group of 5 friends to do the same.