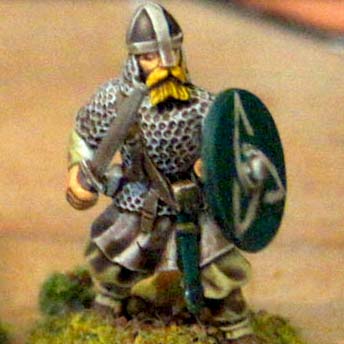 Even though the guys haven’t been playing a lot of saga recently, With a lot of excellent strategic boardgames such as “No Retreat” and “Twilight Struggle” holding our interest, a few guys at my local games shop showed some interest in the system.  The problem was, I only owned 4 pt Warband, my trusty Normans.  So if i wanted to run a demo game, it looks like i will have to buy another warband, and naturally i couldn’t demo a game with unpainted figures.

I couldn’t really demo Saga without vikings, they are really what the whole game is about, so the choice of forces was fairly simple.  The Jomsvikings have a ‘fury’ mechanic which I have some [probably unfounded] balance concerns over, and the Norse Gaels have a cool ‘Challenge’ rule which may not be great for teaching the basics, so my choice was made for me to buy the regular viking warband.

I Ordered the 4pt Viking starter box online from www.grippingbeast.com, the figs arrived about 4 days later, which isn’t too bad.  As is traditional for Wargames companies, something was wrong, in this case they neglected to supply the bases.  However as mentioned previously the bases are the same size as a 2 pence piece, and there’s only 33 models.  Calculating the time/effort ratio of sorting this out, I didn’t bother complaining, its not worth 66p of my time to type that email, Despite Gripping beast having previously shown excellent customer service dealing with those inevitable little things like miscasts and broken weapons. 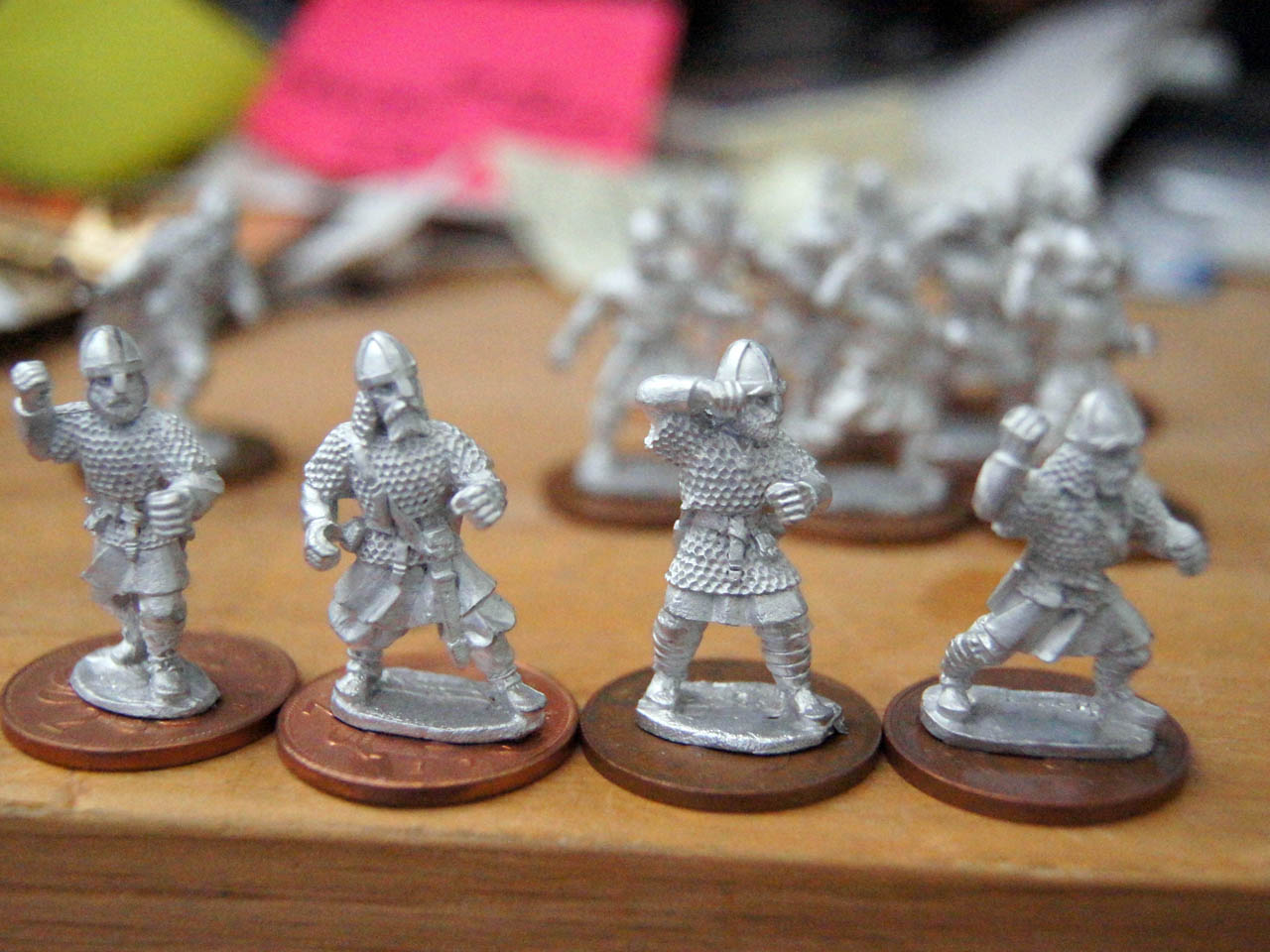 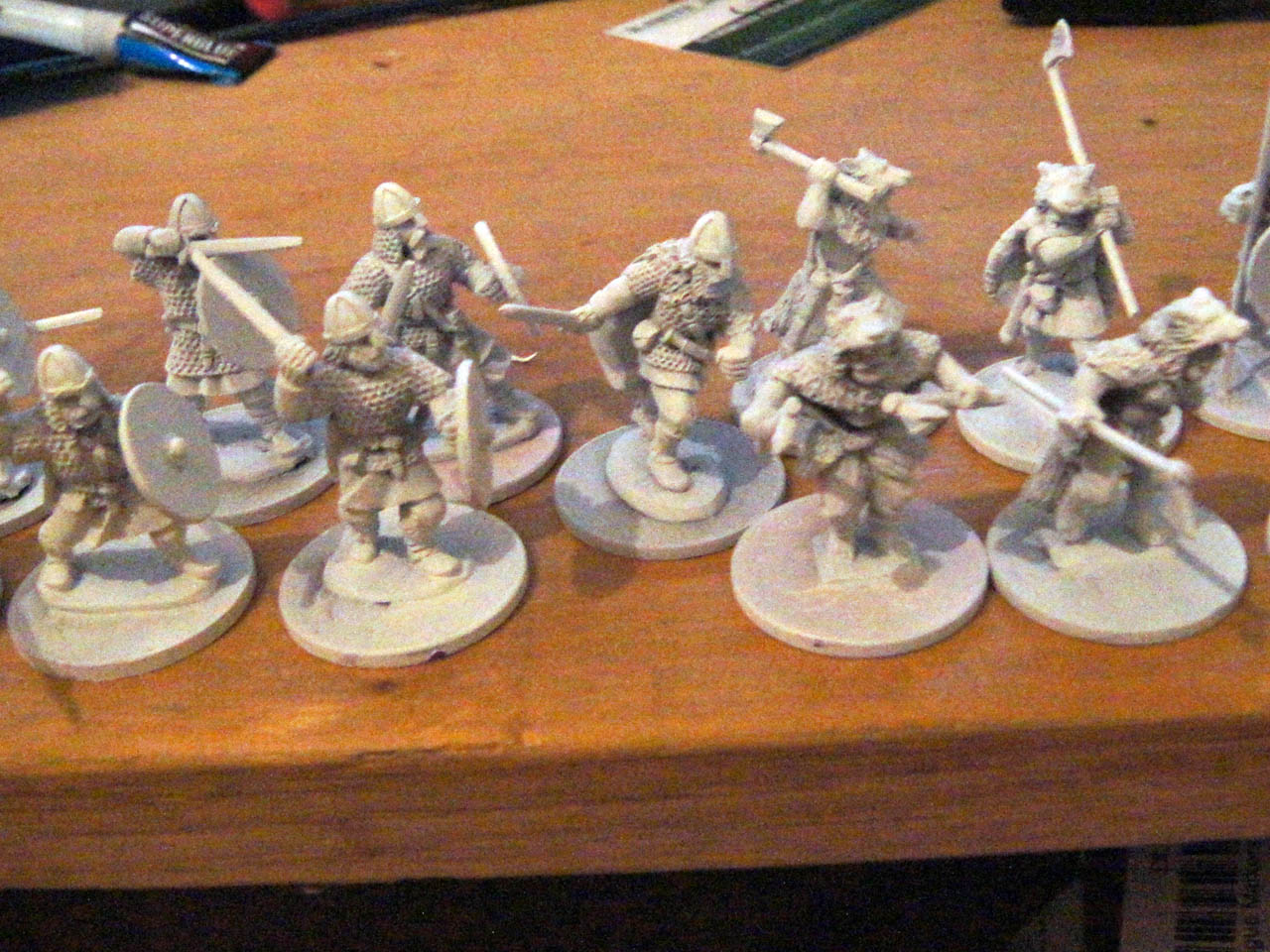 Base coat of the clothing was done using:

All Metal is Games Workshop “Mithril Silver” or “Shining Gold”  (Thats not to say the GW metallics are better in any way, just they seem to last longer so they havn’t been replaced by Vallejo paints yet)

A few people asked how I did the shields.  Its dead simple.  The Sheild is just flat painted in the “Deep Green” , The Simplified Celtic Knot is then drawn on using a white marker pen.  Dont worry about going under or over lines, just get the basic shape there. 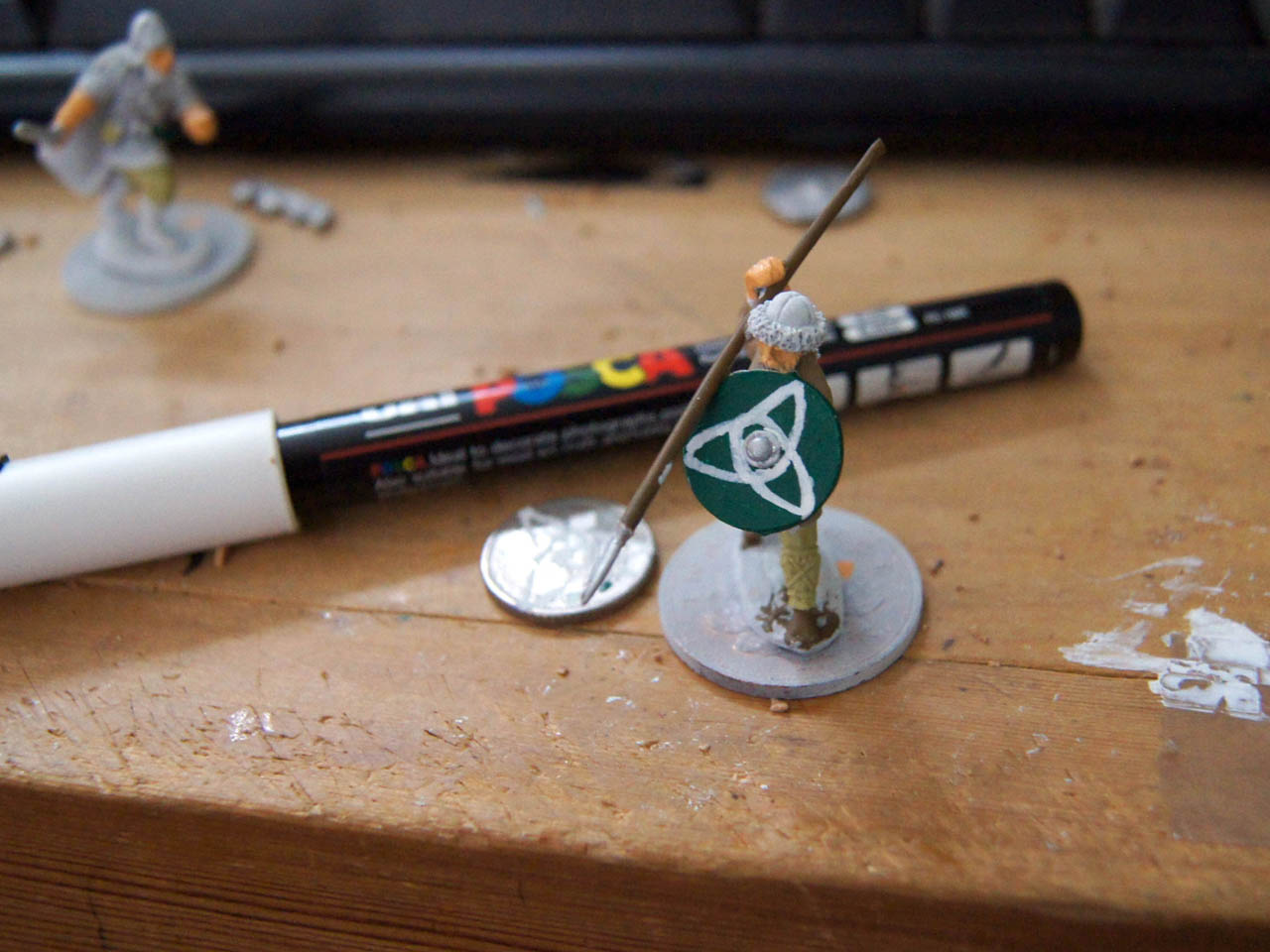 The stylised celtic knot is completed by using the shield base colour and a fine brush to mimic the “Under / Over” celtic knotwork.  Much easier than painting the whole symbol 33 times. 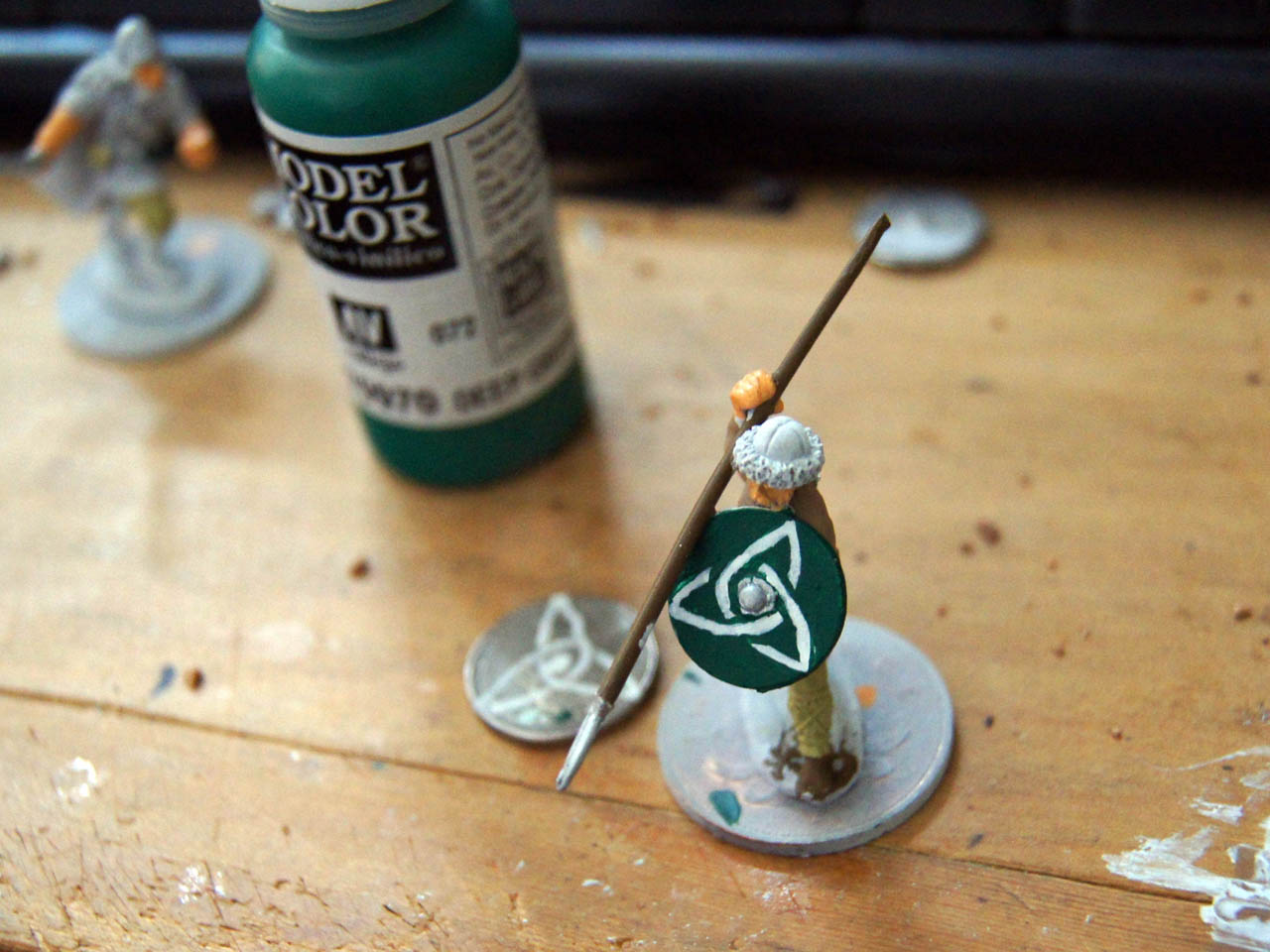 Models were then “Dunked” in the normal Army painter system “Medium tone” goo.  And given the normal anti-shine treatment afterwards
Basing foliage was “flock blend summer” with “Clump foliage Autumn” in patches

And thats it.  2 nights work to do the warband (Plus another 2 to let the dunk dry).  Will post some better pics of the finished warband next time I have a table set up and lit properly. 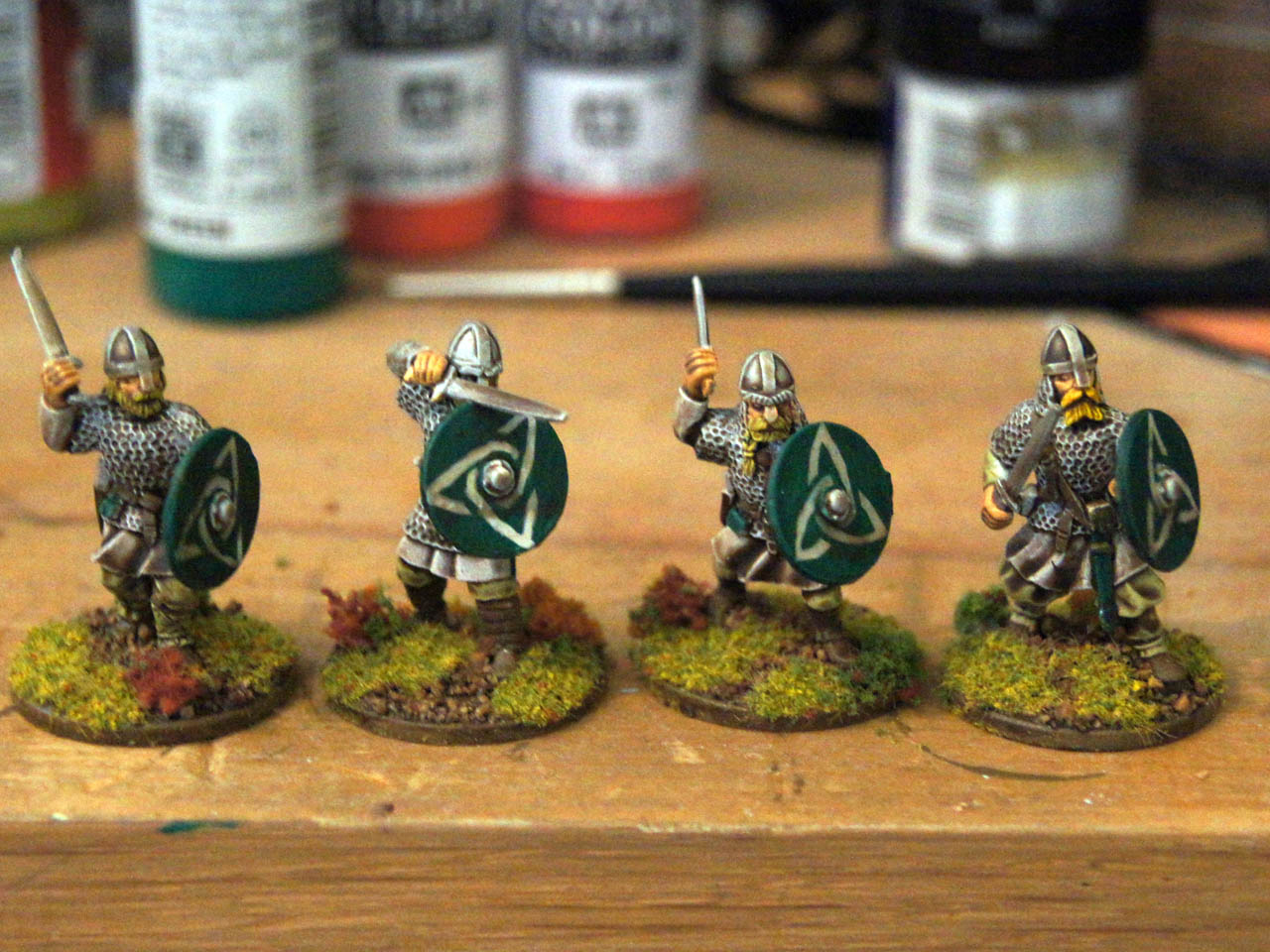