Match 4 – Rematch between Rich and James

Initial Deployment sees the Normans adopt a much more defensive posture, with the Ranged units (1x Warrior, 1x Levy) forming the line, with the Mounted Hearthguard being held back for counter-attacking when the line is attacked.

Anglo-Danish deployment hugs the cover, hoping to avoid too much damage from ranged vollys 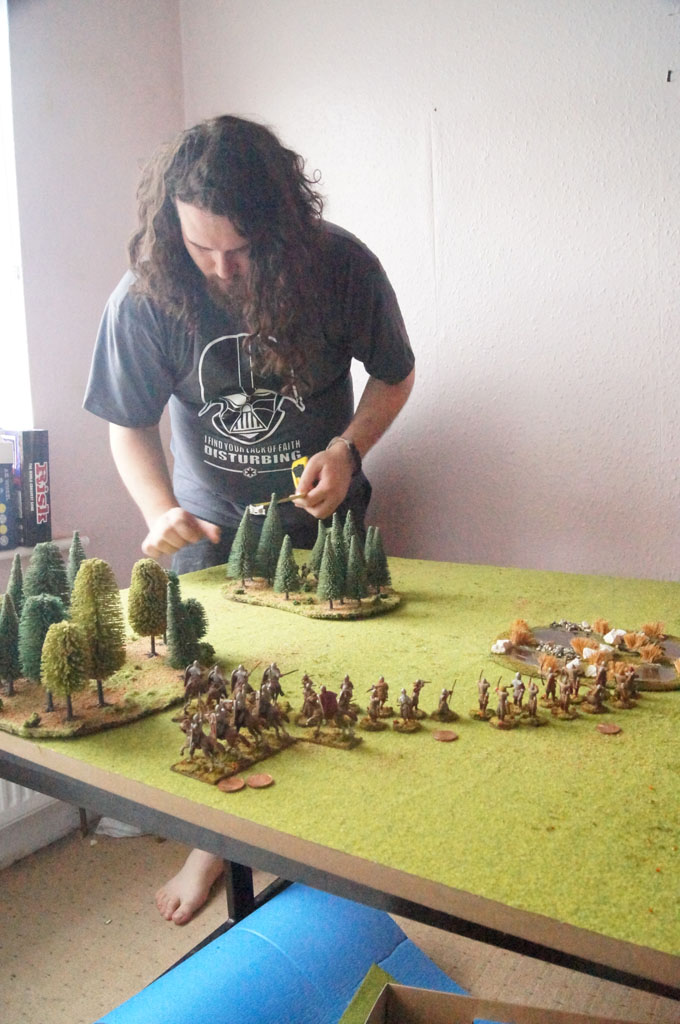 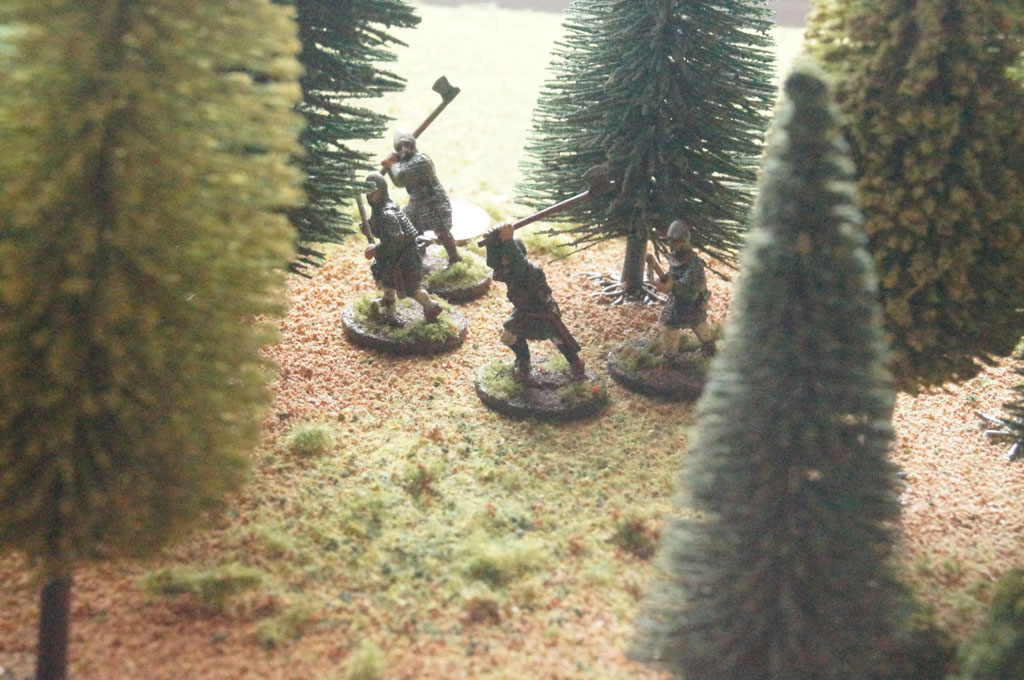 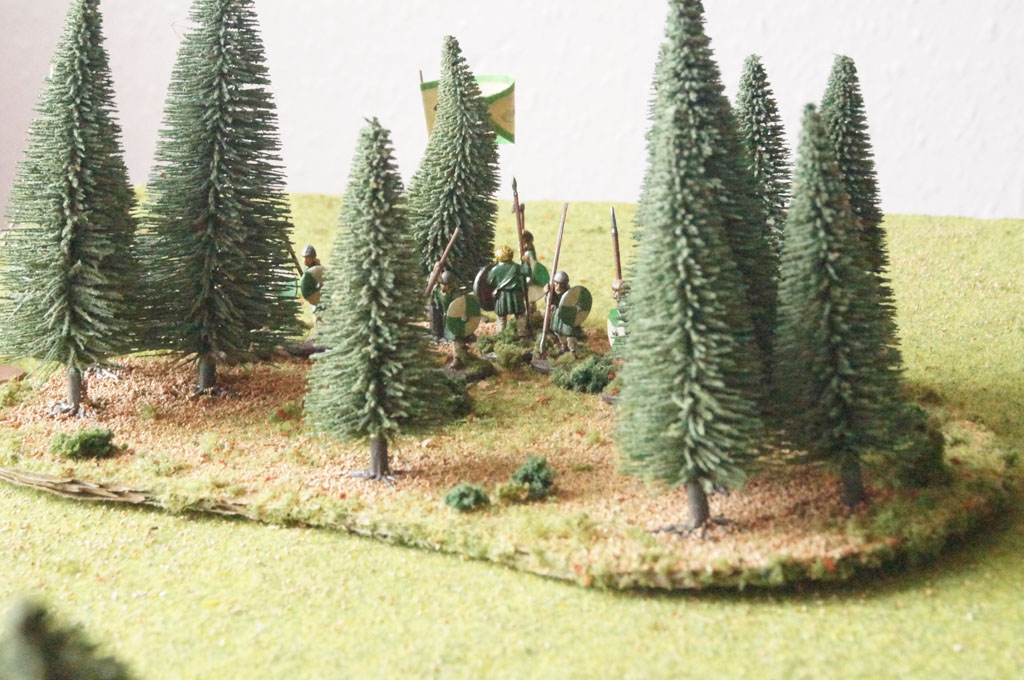 Normans Accrue heavy fatigue from the Anglo-Danes abilities, fortunatly their conservative deployment pays dividends, with the Anglo-Danish attack on their Left through the woods being beaten back by their cavalry reserves 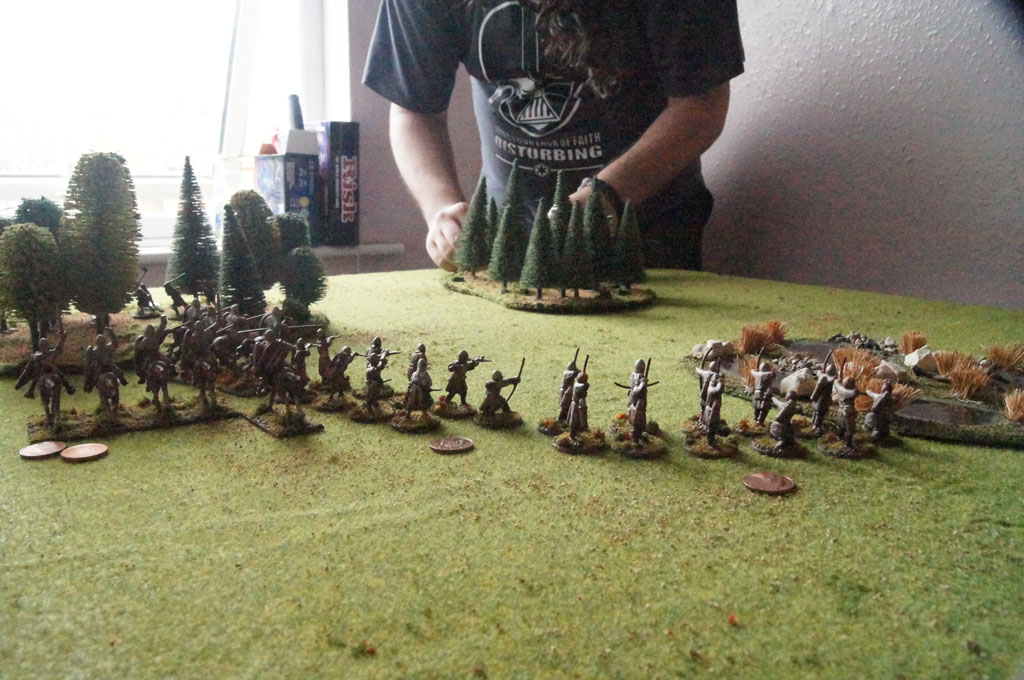