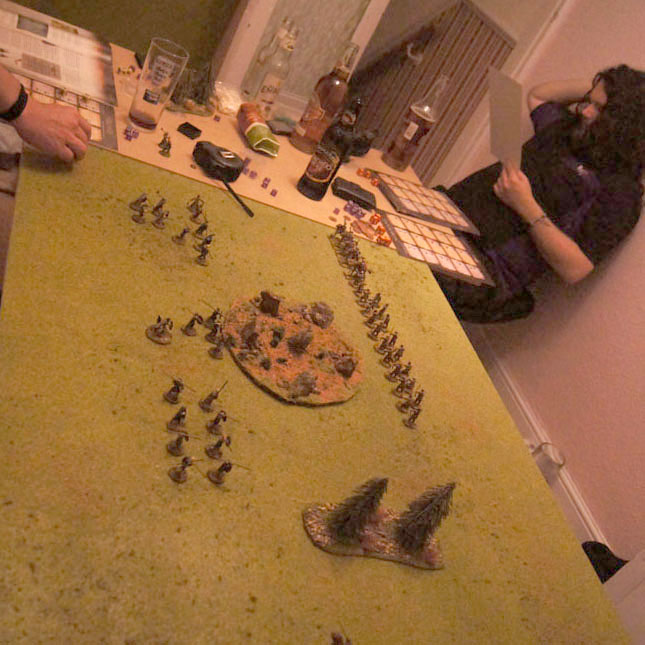 The Game started quite late into the evening, so the picture quality isnt great. 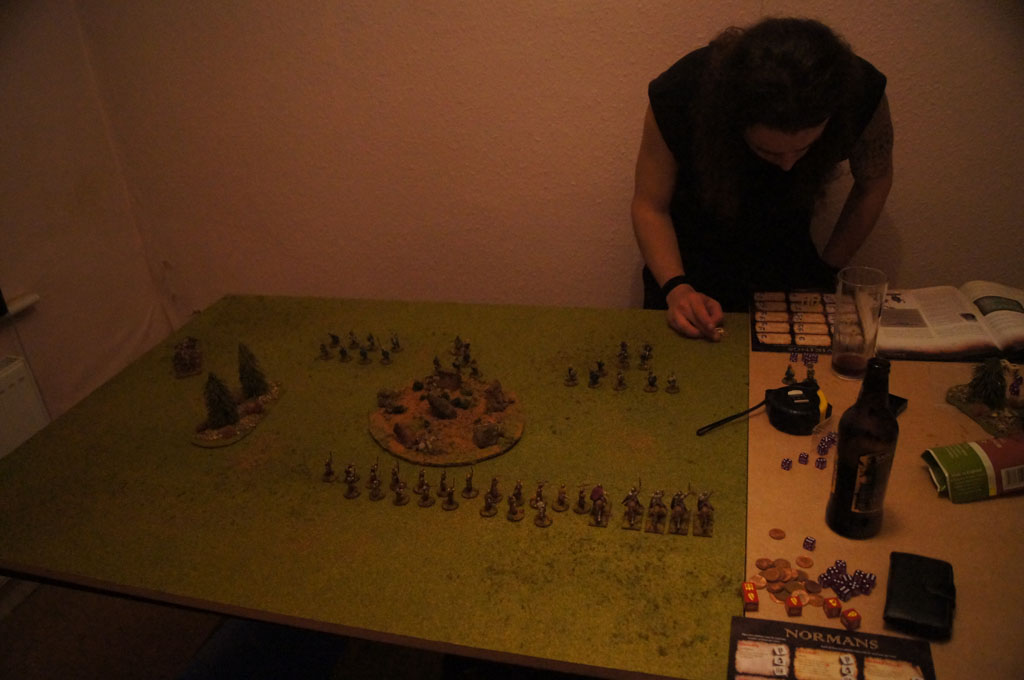 Rich attempts an encircling manoeuvre with cavalry out on both flanks, with ranged troops holding the centre. While this meets with some initial success the Norman Warlord is isolated when going after a lone Viking survivor (1 kill to deny one saga dice). Untimely this leaves the warlord too far from his Hearthguard when the Viking counter attack kills him 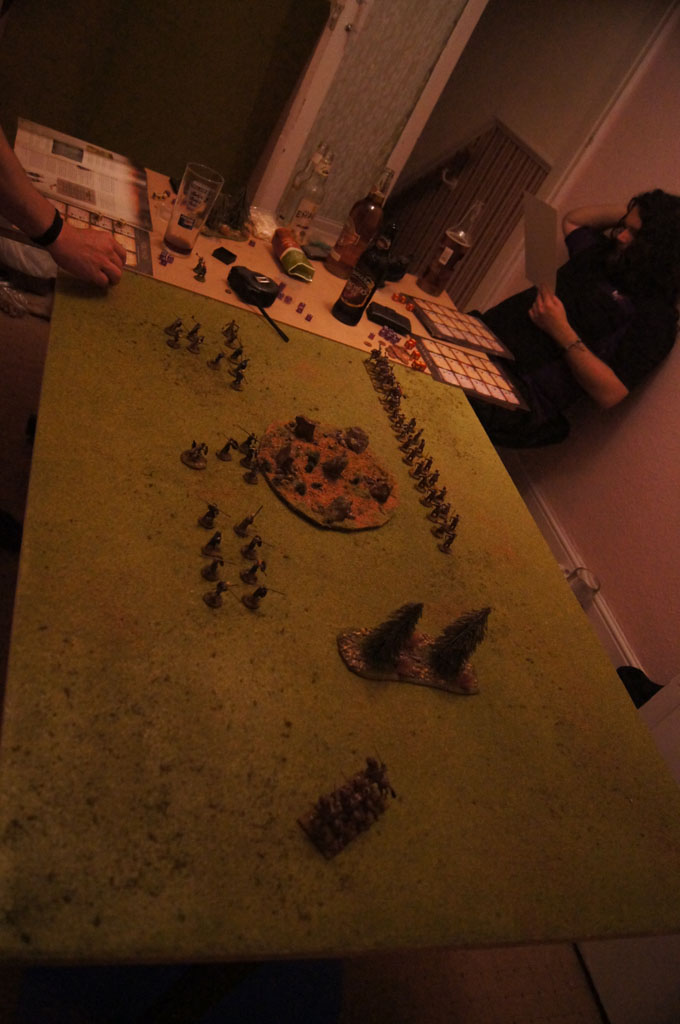 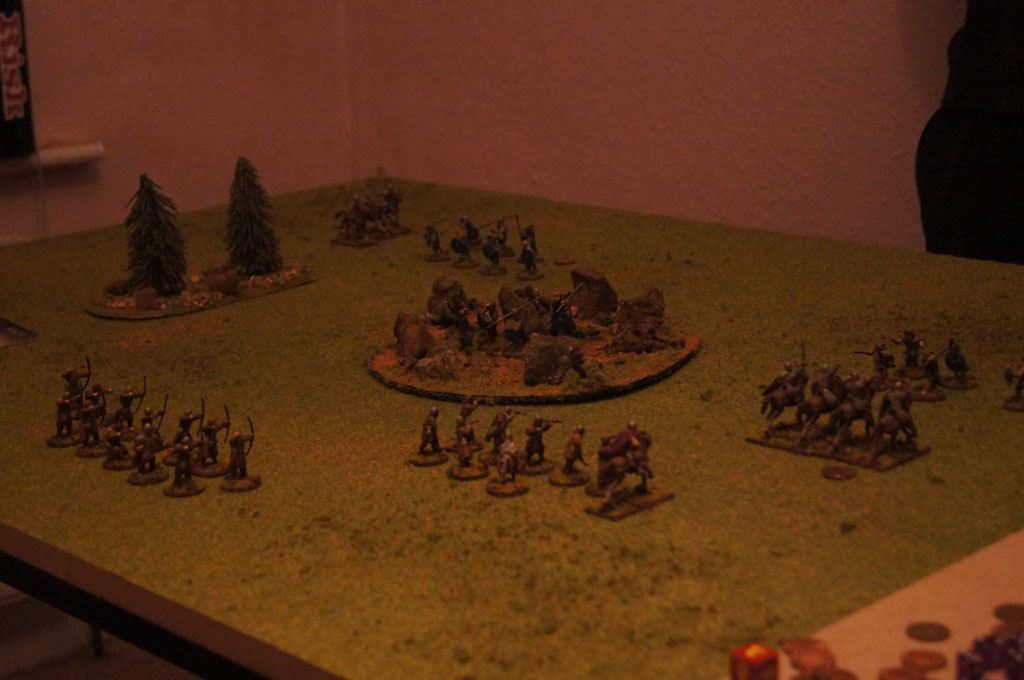 Vikings really have nothing to worry about from fatigue