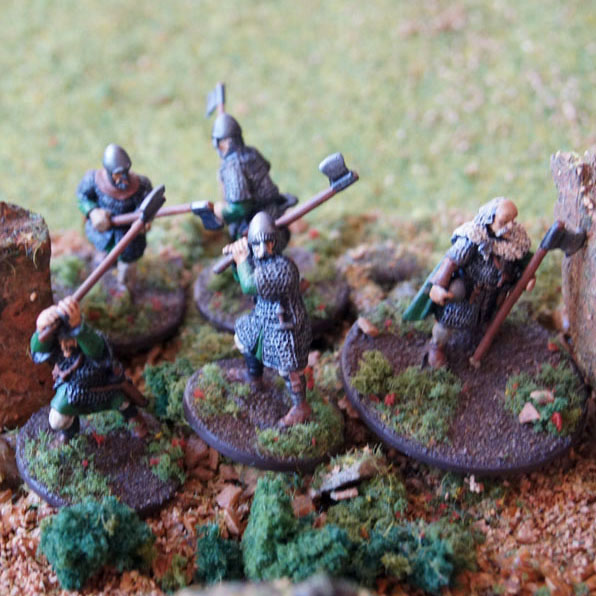 The First game played using the Saga rules system – first runs through always take a while, and this was no exception, however the rules are a lot simpler than some other systems we have played, so it all flowed quie well.

Some issues with the terrain rules, as 2 of the 3 required pieces were not placed in this game, due to there being no legal place on the table for them.  Although this is more a problem with our groups terrain collection rather than the rules 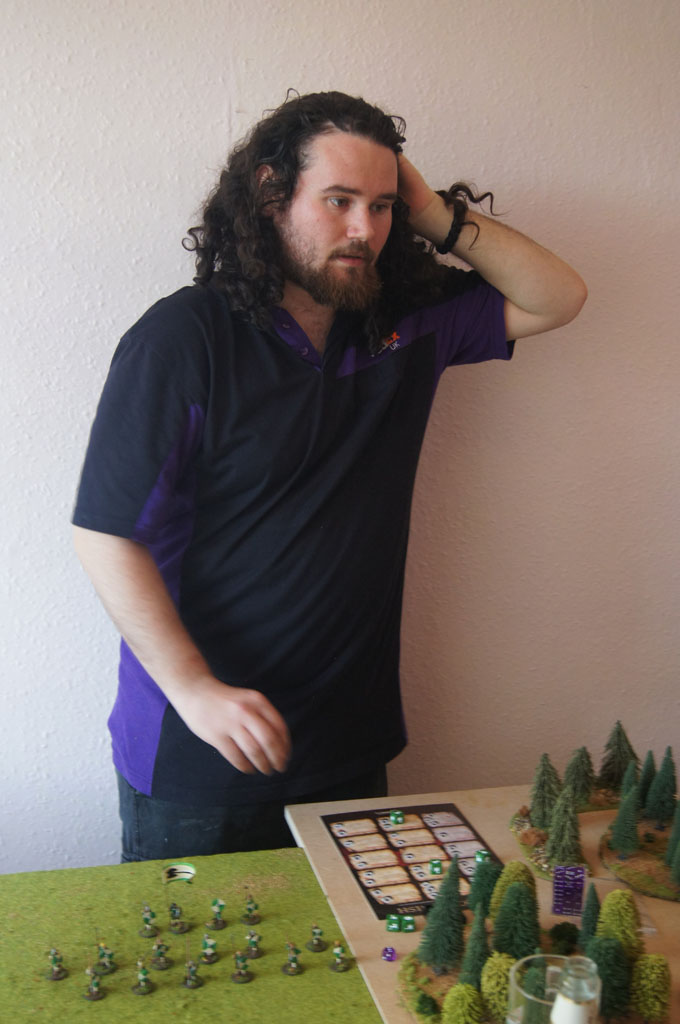 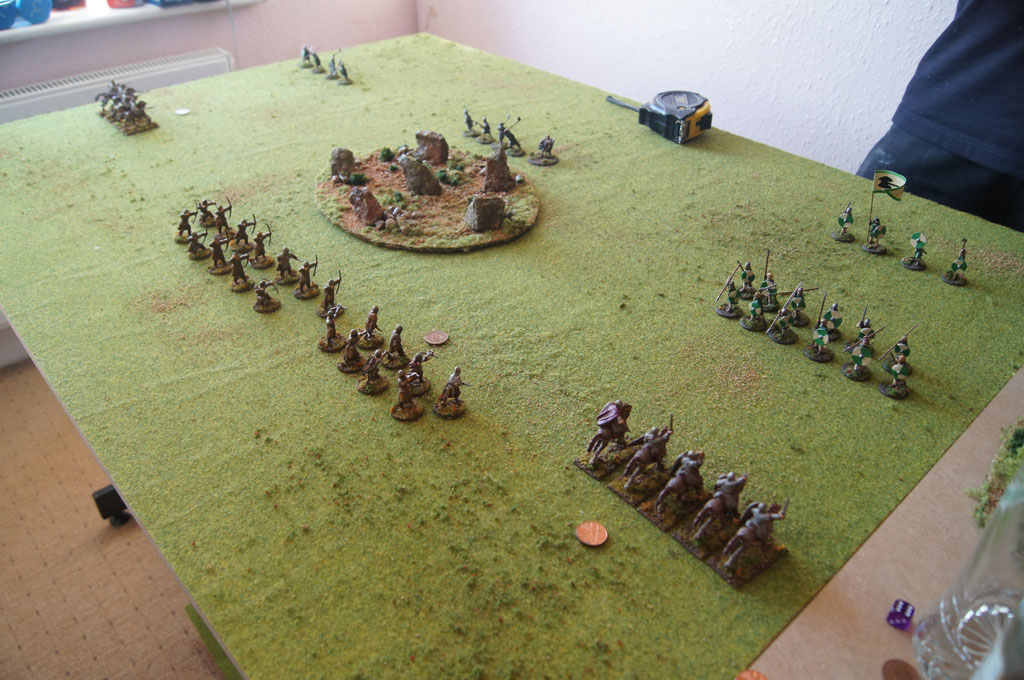 Anglo-Danes get the first turn and move off, using “Trapped” ability on a few Norman units to inflict some early fatigue (Marked by coins) 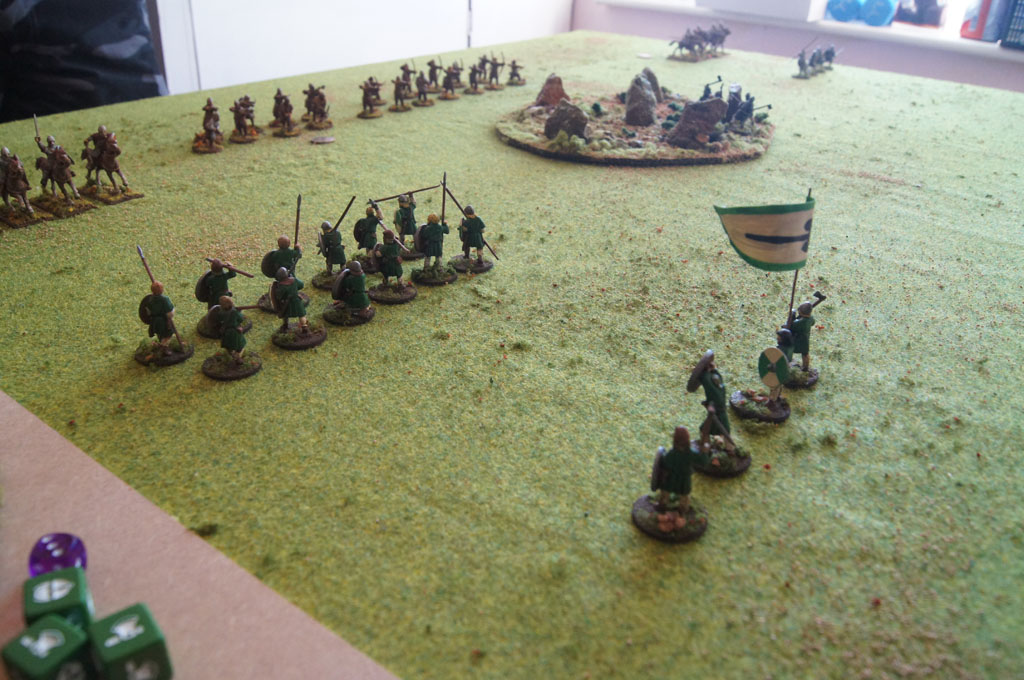 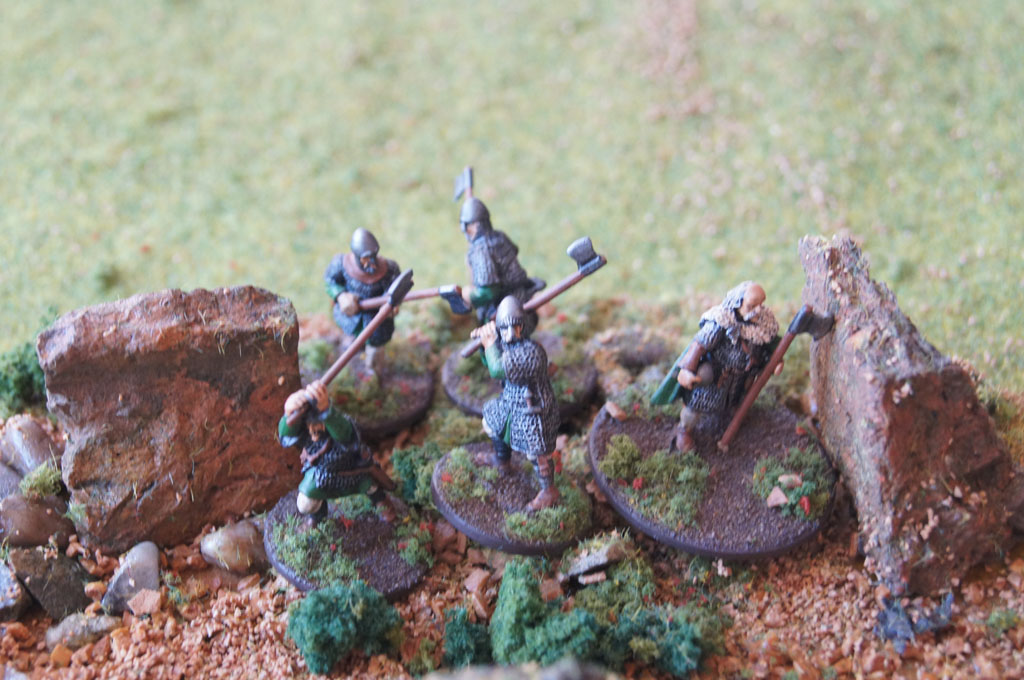 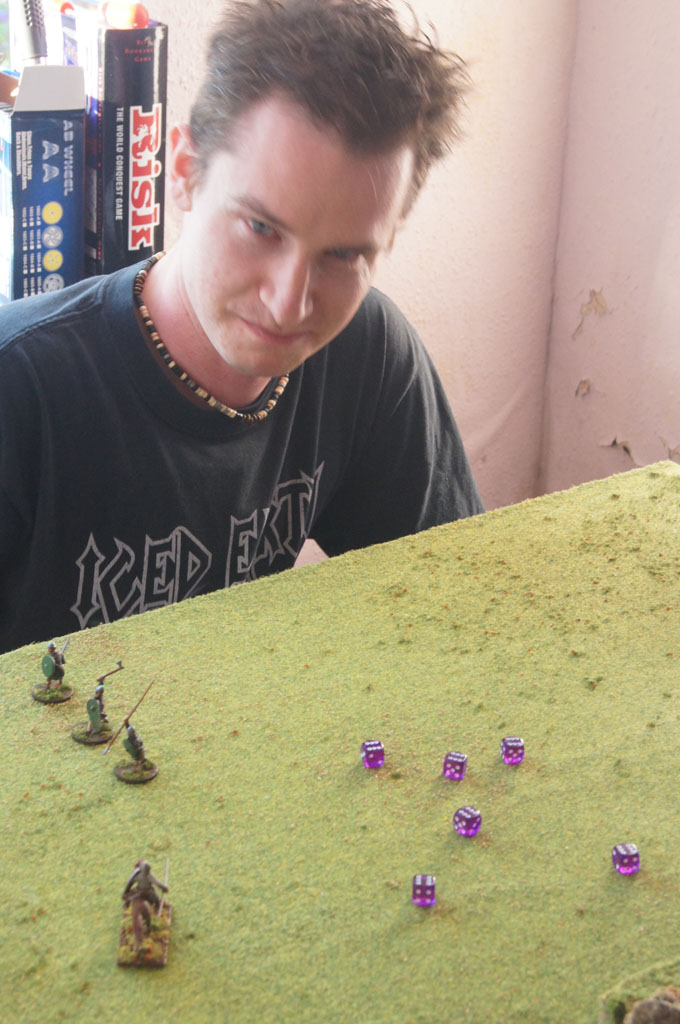 Despite the epic sucess of the Norman ranged troops, The Anglo-Dane warriors storm the Norman right flank and catch the Warlord out in the open, winning the game.