These are 2 separate kits released by Wargames factory, Zombies [all male] and Zombie Vixens [all female].  I picked up a box of each cheap in the clearance bucket, still buzzing from the season finale of ‘The Walking dead’

Box contains 5x identical Sprues.  Normally this would stifle creativity when posing the models, but the separate limbs and toros gives a lot of variety.

Surface detail is moderate, and the cast quality itself isn’t too bad considering the price.  I guess for the endless tide of walking dead you don’t want too much detail on the figs, you just want to spray, colour, ink and move onto the next batch.

My only complaint is that the limbs didn’t fit every model, so you had to ration certain torso/arms in order to make all 30 models.   No bases were provided with the zombies.  But overall im happy with the purchase, I don’t mind some imperfections if I get a truckload of figures. 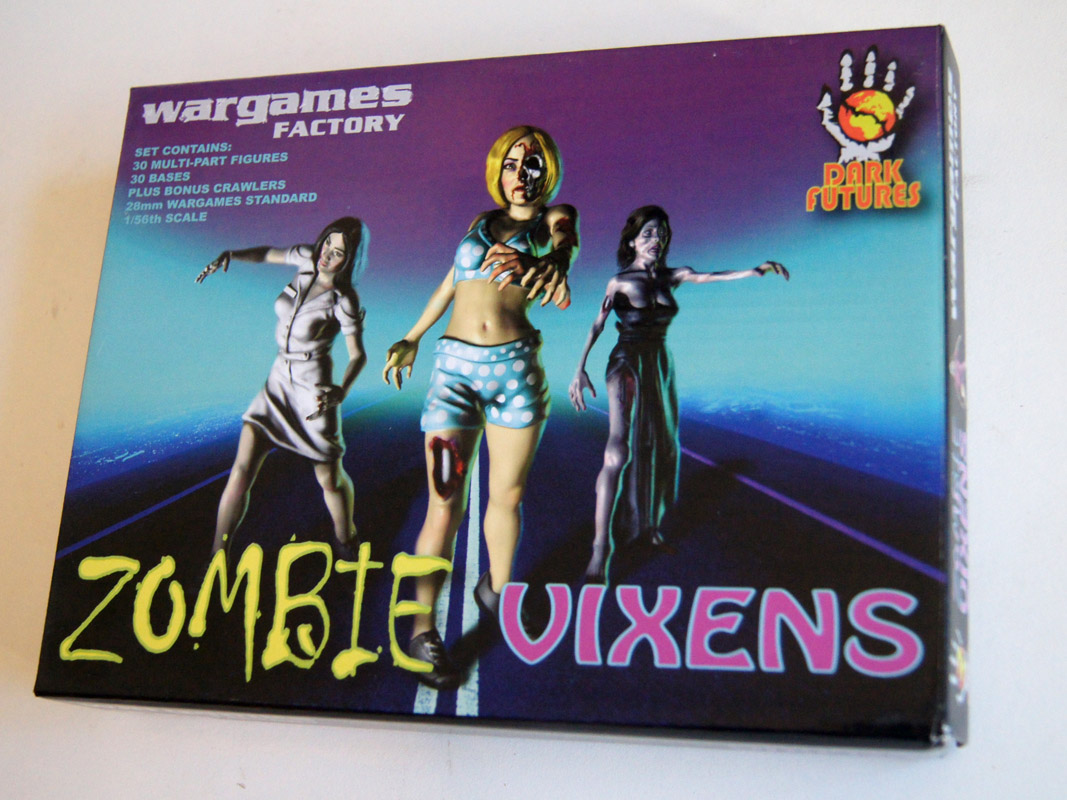 The Vixens were released a month or so after the zombies, so you can see that they applied what they learned.  The surface detail of the sculpts is much higher.  And the limbs more interchangeable.  There’s definitely a bit more diversity as this kit comes on 3x large sprues rather than 5x small.  However the models are a lot more fiddly and fragile [limbs much thinner than anything GW etc produce]  consequently these took longer to assemble and suffered a few more breakages.

However 30 models for £10 is a real bargain, and the female zombies are packed with character and a little dark humour .

I would definitely recommend either kit for someone planning a zombie apocalypse game.  Now finally an excuse to buy some of those survivor figures form Hasslefree!