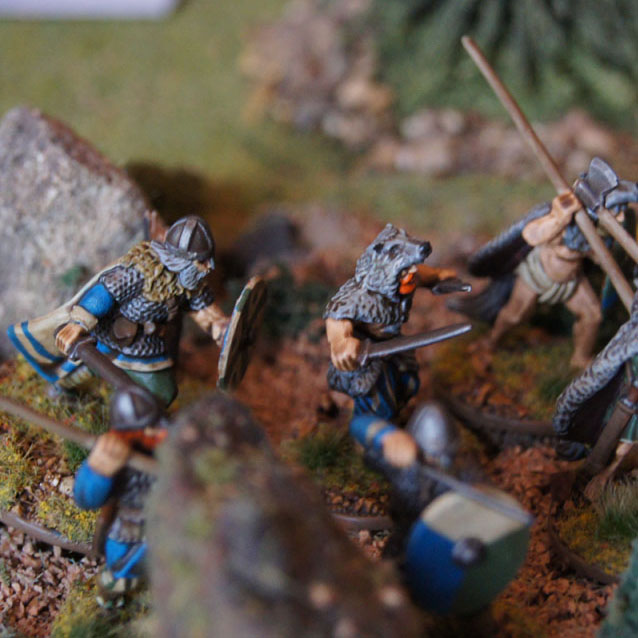 Another great weekend.  James’ turn to host.  Before the pics of the Games, just a couple of photos of James new Danes. 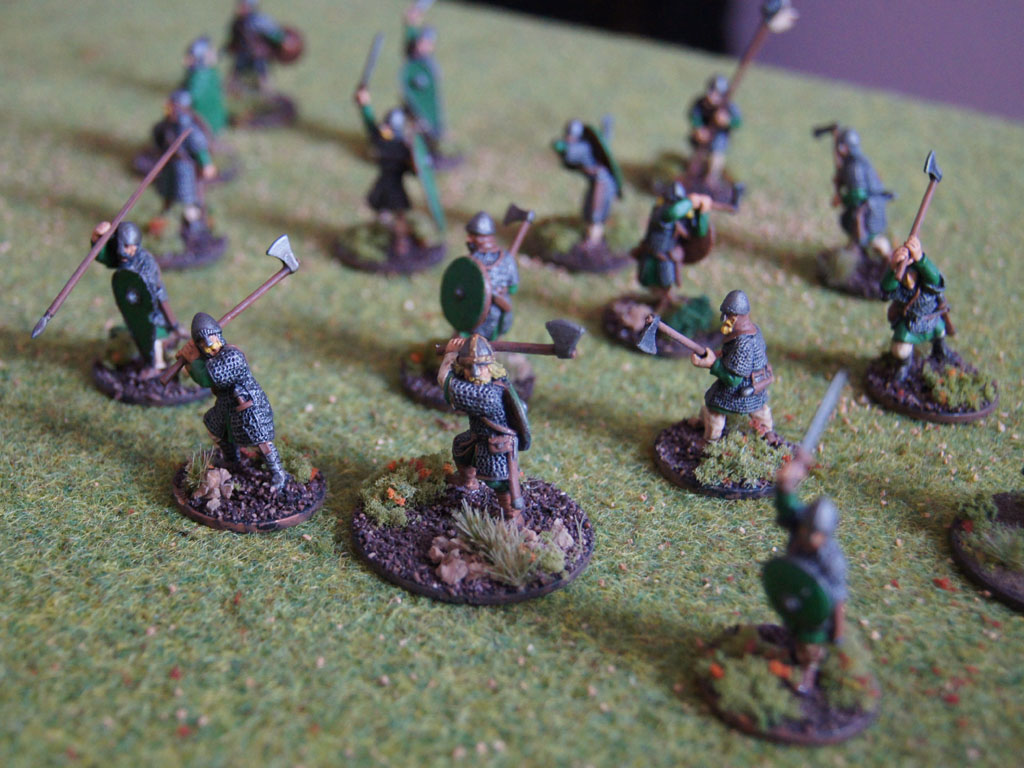 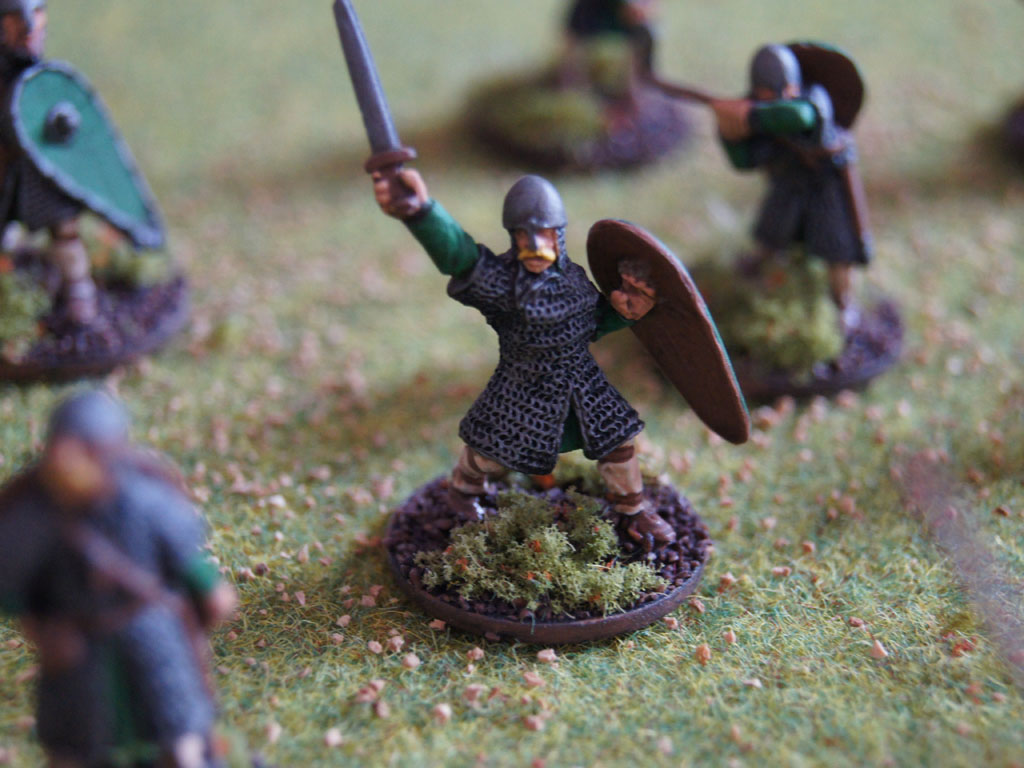 Vikings advance under arrow fire from the Normans

The Viking Warlord Hearthguard and Berzerkers consolodate their position in the copse of trees, center. 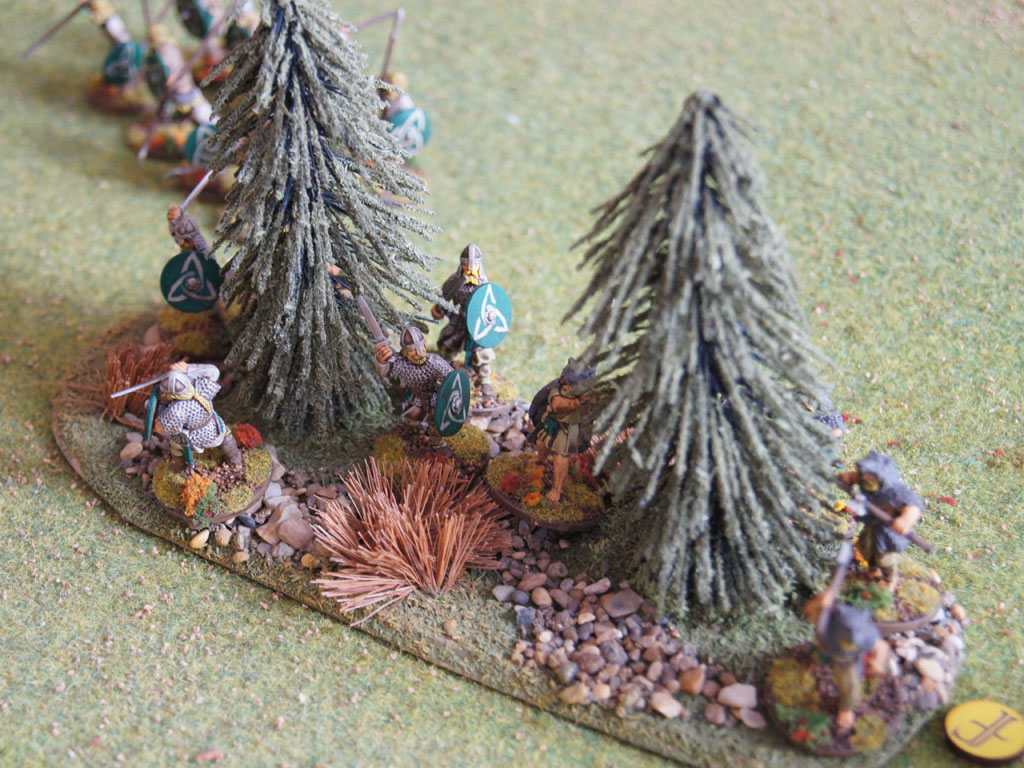 Viking berzerker charge slaughters 1 unit of Norman Hearthguard, and 1 unit of Levy, The situation looks bleak for the Normans, now down to 4 saga dice. 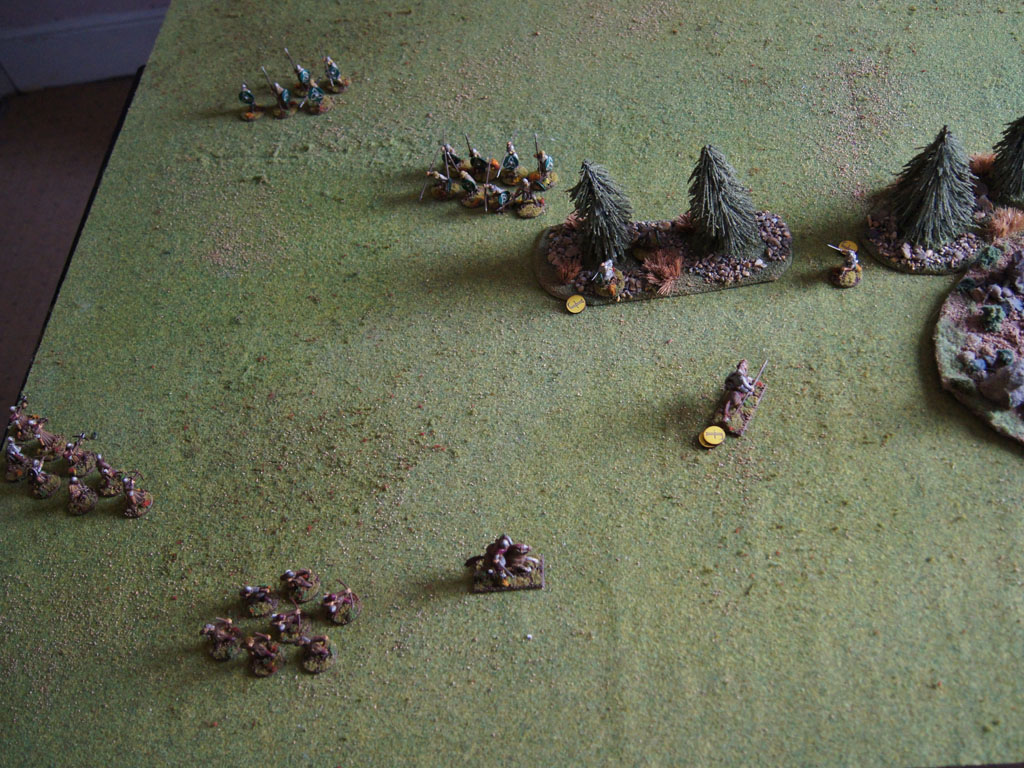 In a Heroic attempt to snap victory from the jaws of defeat one surviving Norman Hearthguard charges the Viking Warlord and the fate of the day hangs in the balance. 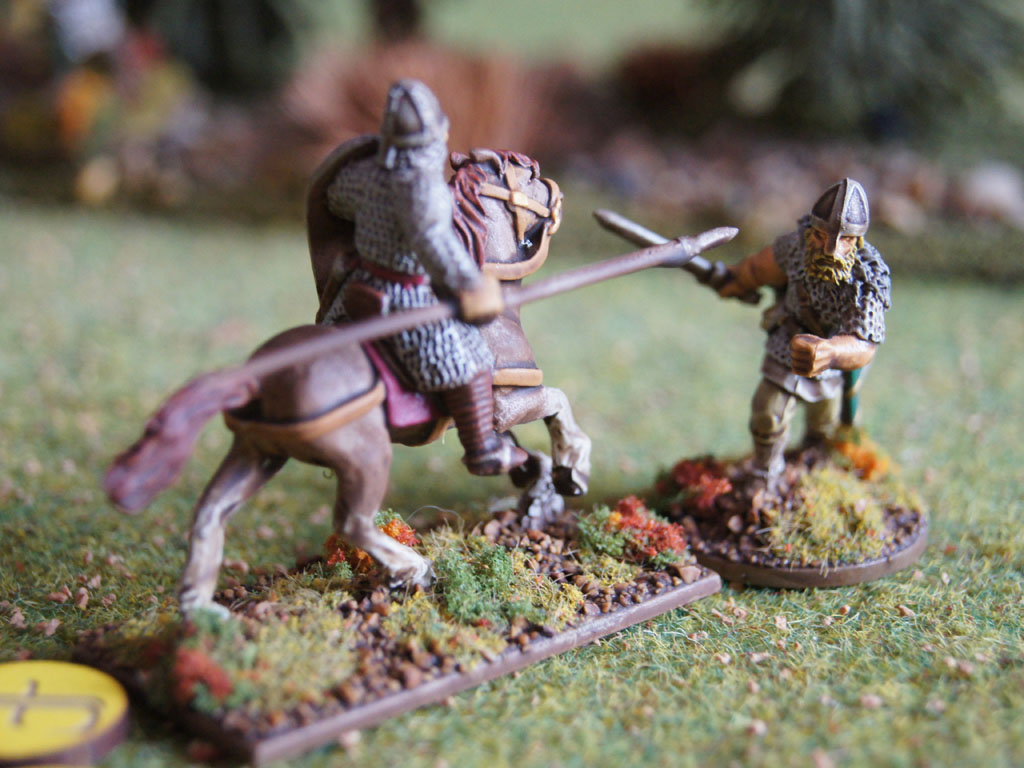 Our heroic Hearthguard is killed, [But was so very very close to taking down the Warlord], who retreats to the safty of the copse. 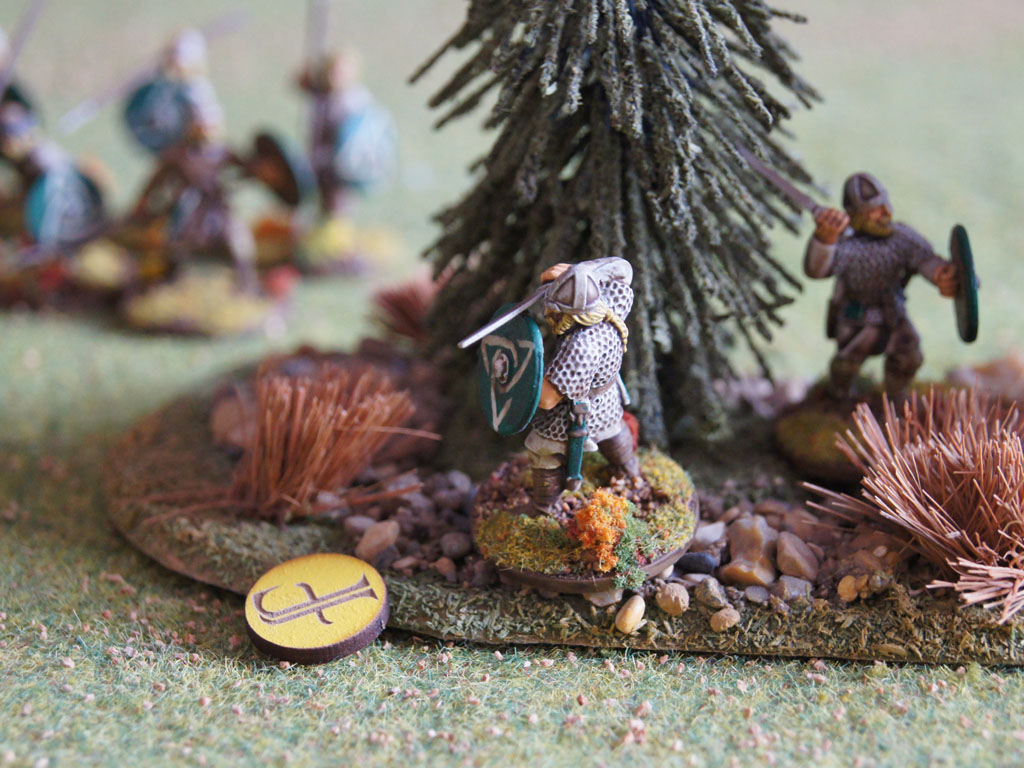 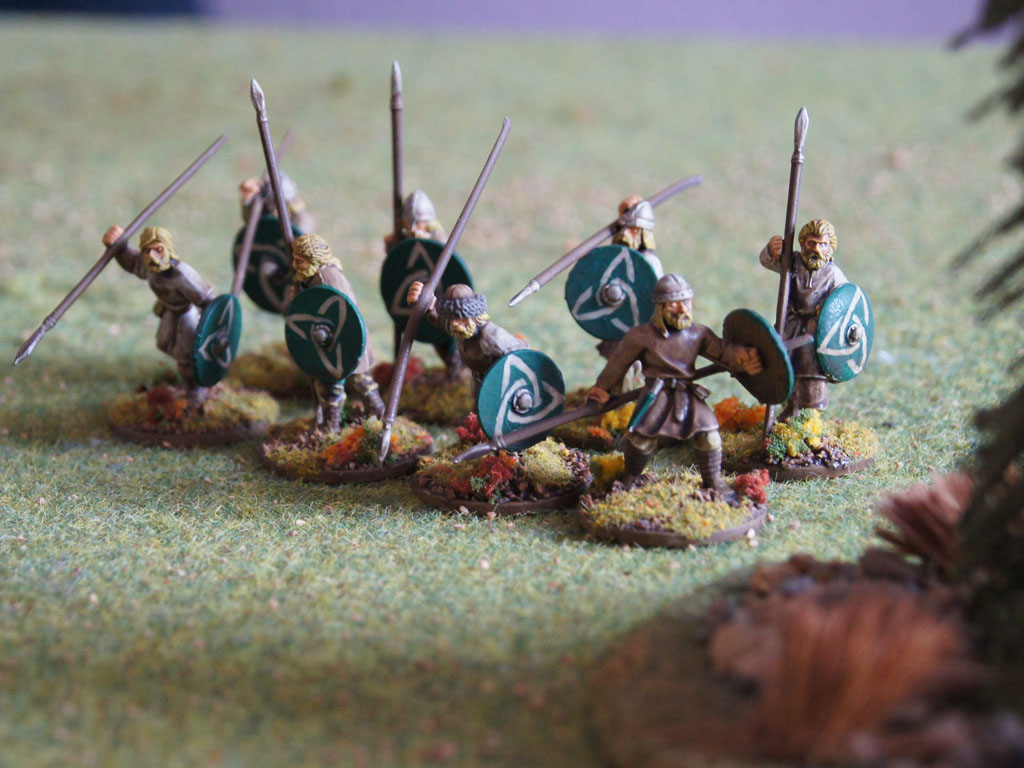 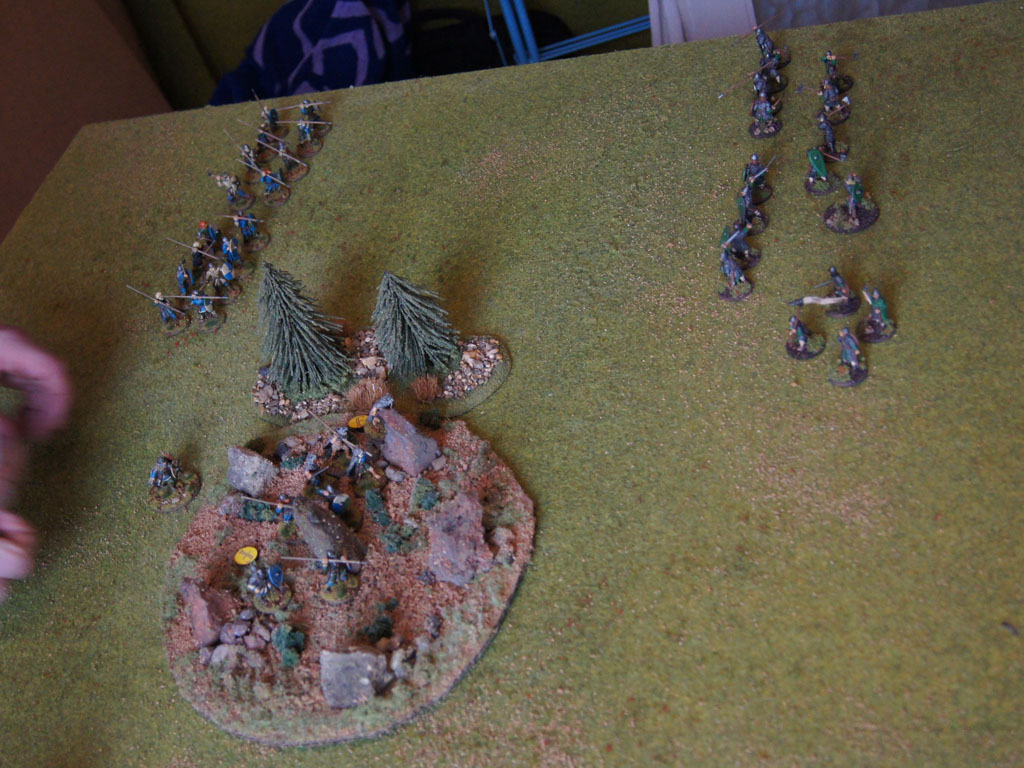 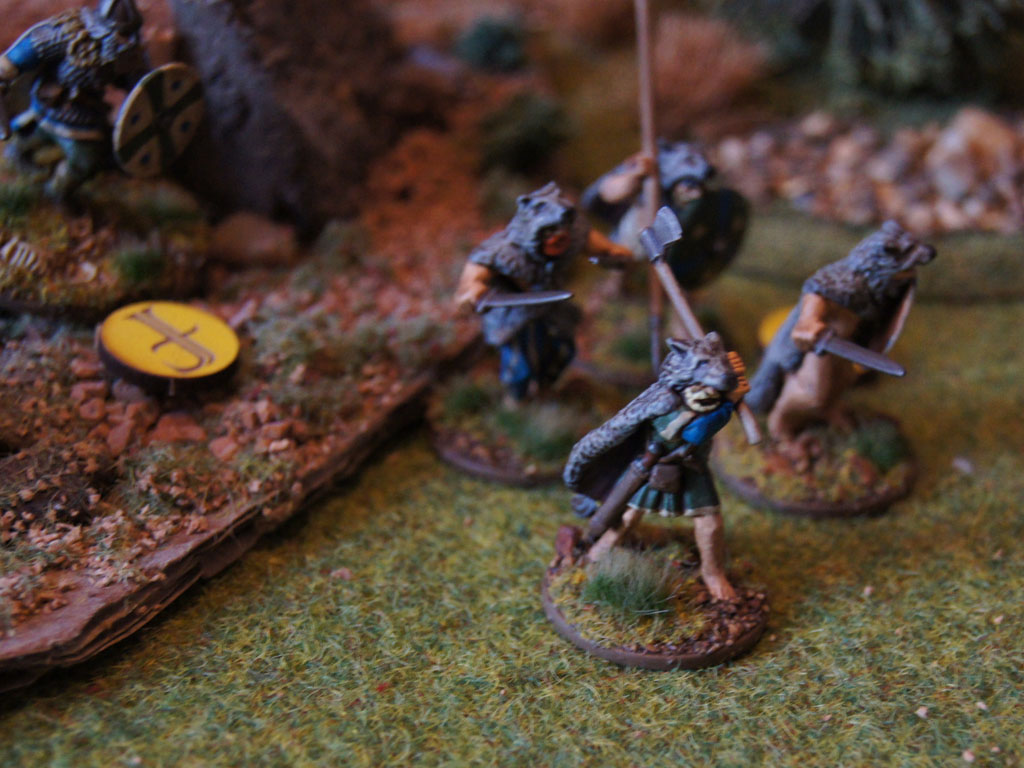 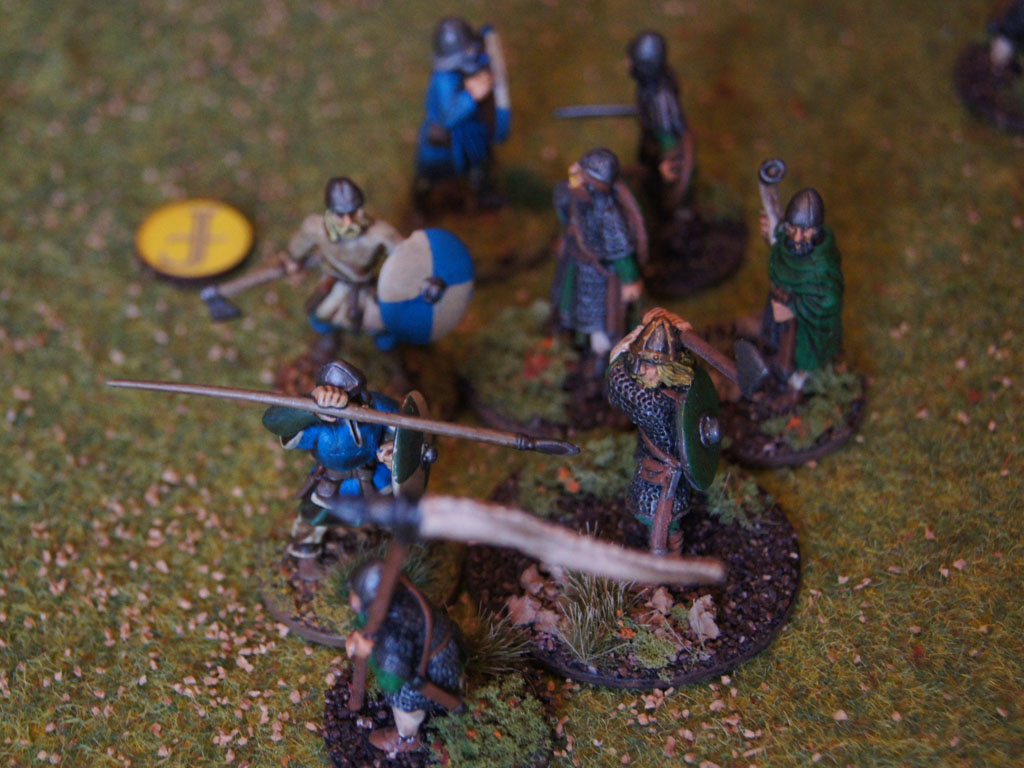 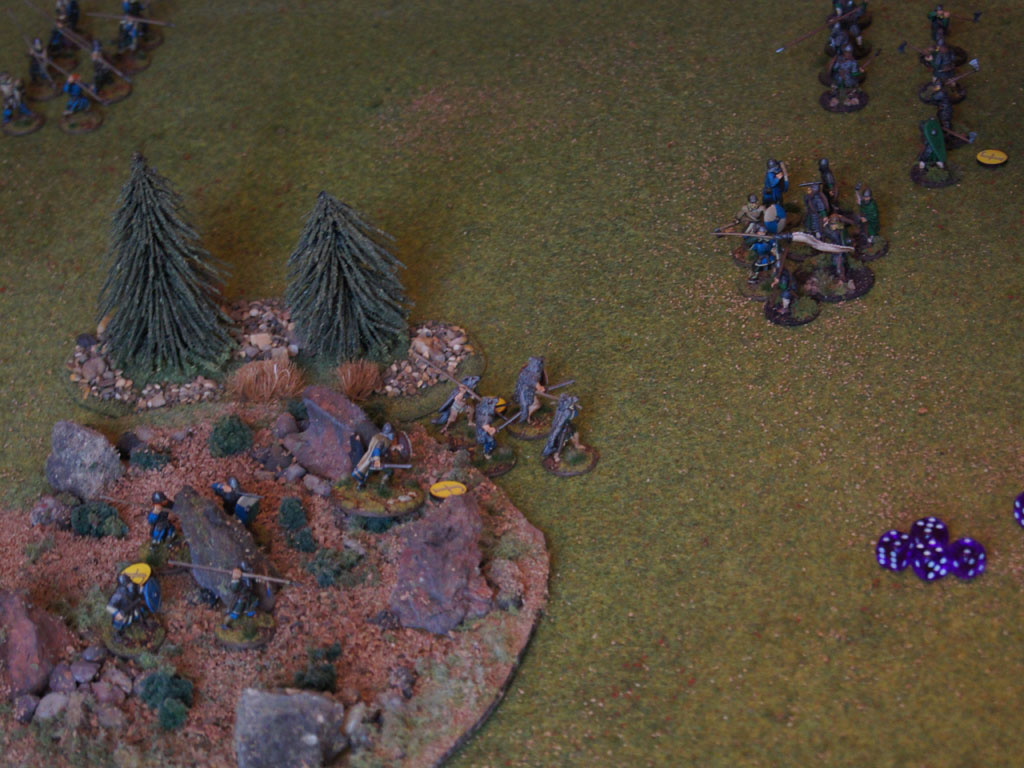