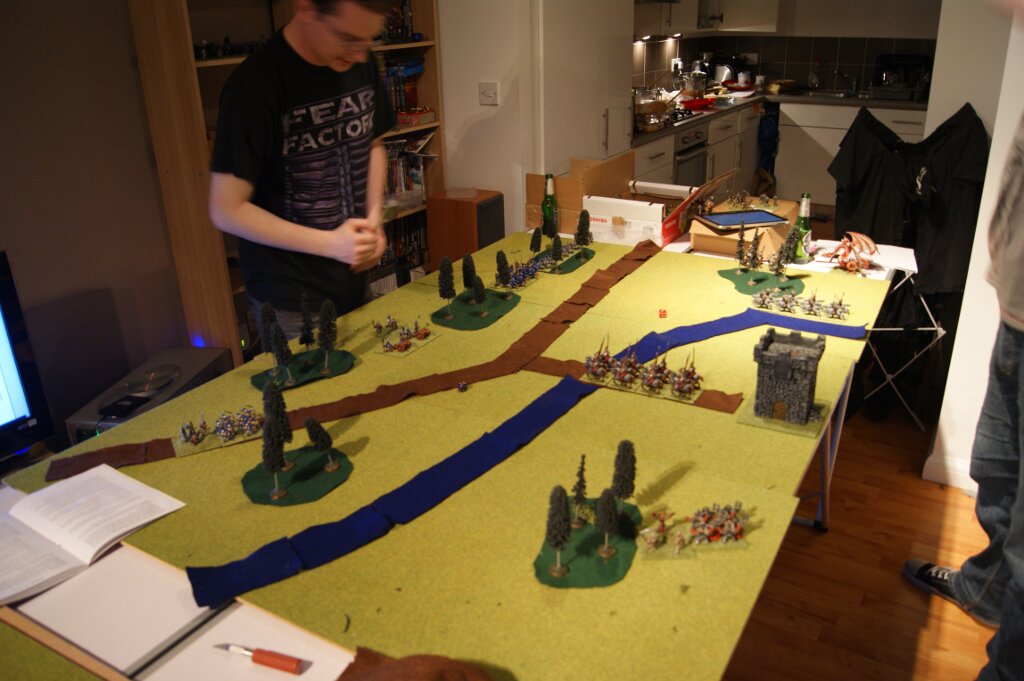 Just before we moved out of the flat and put our wargames on hiatus for a few months, Mat dropped over for a few beers and to have one last night of drinking and rolling dice. We originally intended to play a mini Blodbowl league, but it didn’t take much to get the hordes of the things set out. Game 1 – Richard playing the forces of Light, Mat the forces of Darkness. Mat got to be defender, and laid the terrain. Rich chose a ranged force comprising of mostly Bow, Magician and Artillery. Mat foreseeing this choice had taken a very fast moving ‘aggressive defence’ force comprising of Knight, Rider, Warband and a Dragon. Rich deployed with the cannon batteries in the centre, with a strong left flank. A Weak right was propped up by the army commander magician. Fortunately the ‘weak right’ wasn’t to be harassed, as Mat deployed a strong cavalry force in the centre, designed to capture the key bridge early, and a very strong right hook. After a few turns Mats cavalry supported by the dragon crushed Rich’s centre, and encircled his army commander. Rich’s strong gains on his left were not enough and offset this loss, and the Day was won by the forces of darkness.