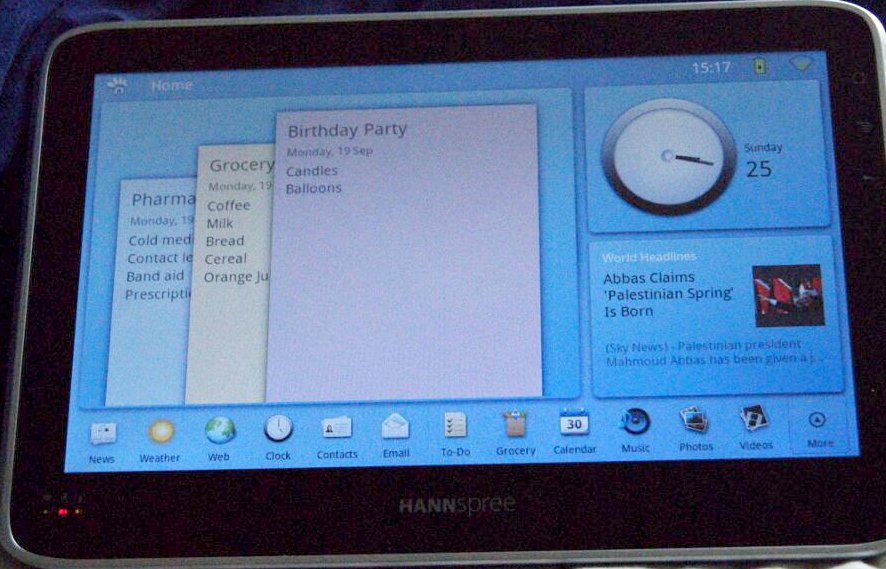 Ok, before consigning the stock ROM to oblivion (Or more correctly, before diligently backing it up in case we need to return the device to the store), I will just give people a quick tour of the supplied OS. 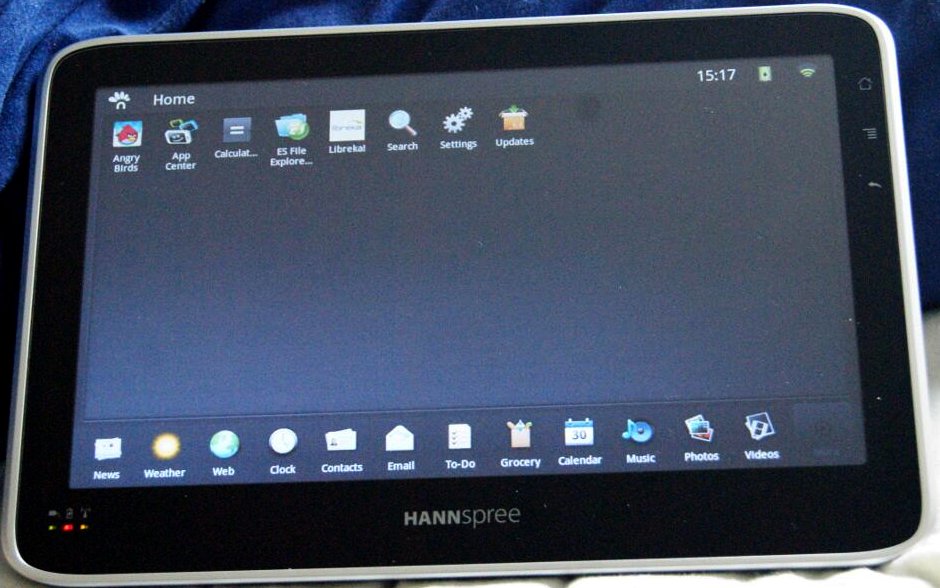 The Default home screen pictured above – looks tidy enough I guess, lacking a bit of lustre, but I like the grey theme, and the horizontal launcher is reassuringly familiar to anyone new to tablet computers.  I like how the ‘settings’ and ‘file manager’ icons are there as default, very good call, although having ‘Angry Birds’ pre-installed was a bit puzzling.  I guess their design team had to blow off steam somehow, and someone forgot to remove the app after the image went to master. 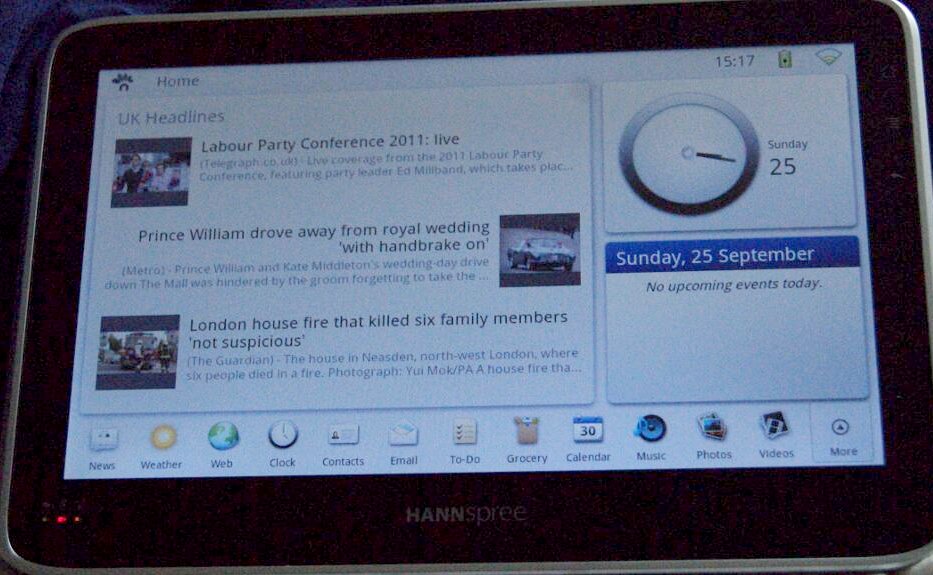 A Horizontal swipe brings us to the second of three desktops.  This one clearly hasn’t had the polish of the first.  News headlines and a calendar are good choices of widgets, but I don’t like the idea of not being able to change the news feed provider, I am fine with getting my daily headlines from the BBC, but I am not sure what company supplies this news feed, god forbid it could be fox.  While I understand the designers wanted to show off desktops holding widgets, The idea of having these locked in place and un customisable was just batshit insane.

Somewhat irritating that the horizontal bar is still there, I figure they were trying to keep up the ‘task-bar’ metaphor, but come on guys, I have paid for that row of pixels, and want to use them for widgets and stuff.

The third of the three desktops wasn’t much better.  Hosting a rather timmy looking (pre populated) shopping list, the same clock as the last desktop, and a smaller version of the headlines widget.  Clearly someone in the design process had decided that they must have three desktops to hold all their wonderful features, but hadn’t thought of any features to fill them.

Desktops two and three are what I refer to as the dinner tray desktops, the layout faintly reminds me of those horrible extrusion moulded plastic trays you would get in the school canteen.  And the content was around the same quality. 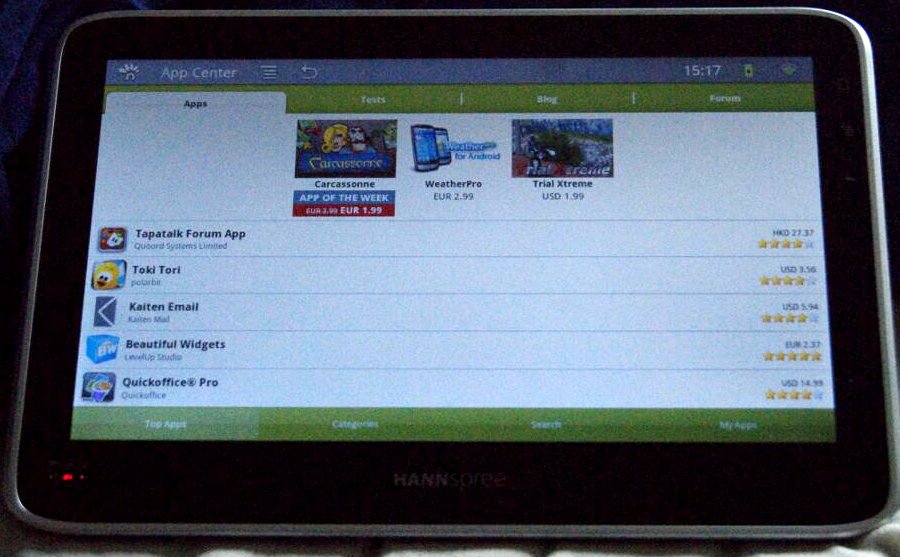 Next stop was the app store.  This is really where the wheels fell off.

The tap-n-tap app store is a cut down version of the real Android App store.  The selection of apps was narrow, and the prices inflated.  I guess the plan here was to sell the bad-ass hardware at a loss and recoup profits from the app store.  Great plan in the boardroom, but no use to me.  If the app store doesn’t have a CBR reader and a MtG-tracker app, then frankly this device is no use to me.

Its at this point I would have given up and used the UK’s quite wonderful distance buying laws to return this to the store for a full refund.  But not I, a little hacking should fix this device right up. 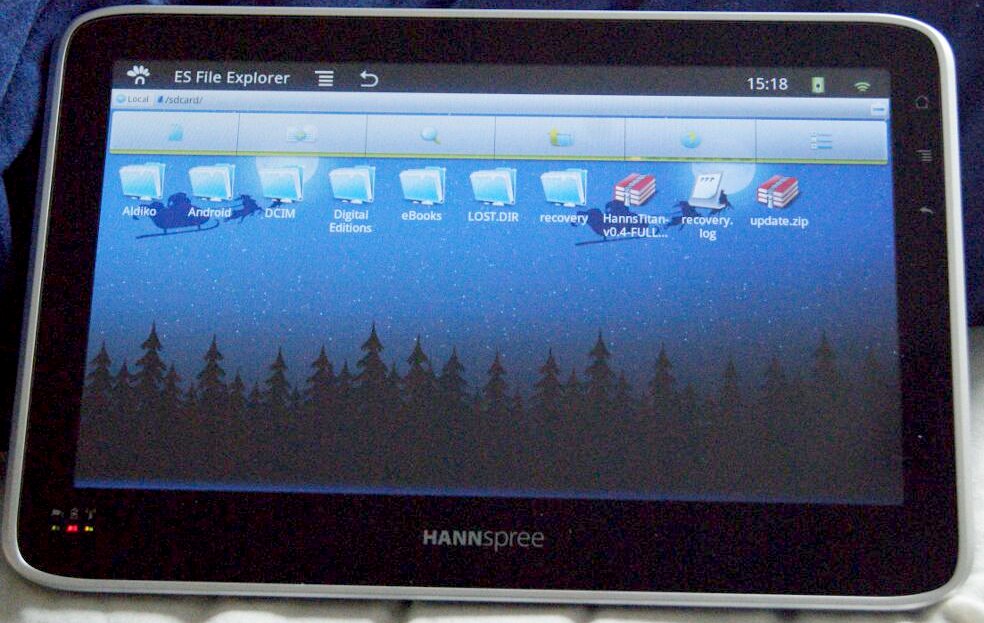 Pictured above the file manager.  While the inclusion of Bluetooth locations and FTP servers is brilliant design, I don’t get the Santa Claus wallpaper as default.  While yes, I am the one in a thousand customers who would want an FTP browser built in and accessible right off the bat, I am not the sort of person who is impressed by tacky background images.  Brushed steel or landscapes are fine, but leave the clip-art at home please. 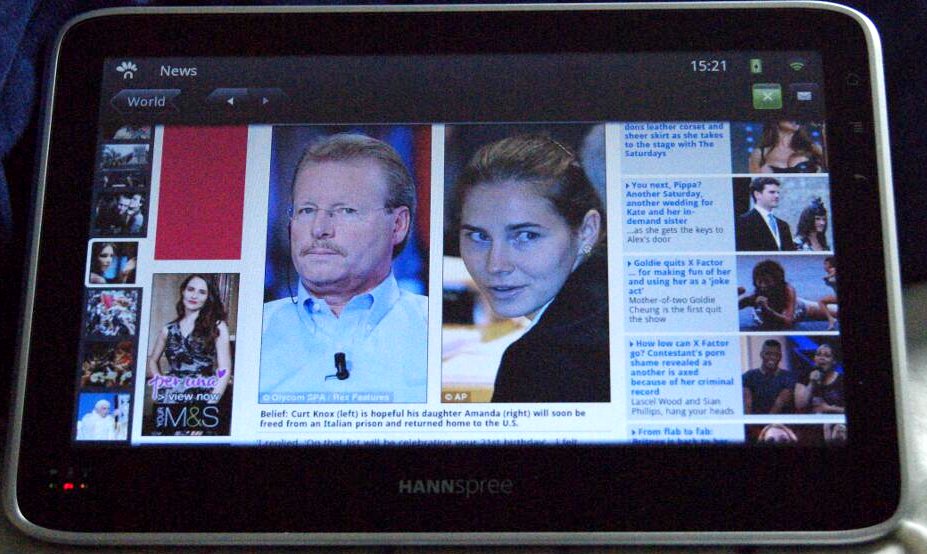 Above is the news page.  Nice enough layout, but the content is a bit celebrity/tabloid for me.  Lack of customisation options or choice of news providers is a killer here. 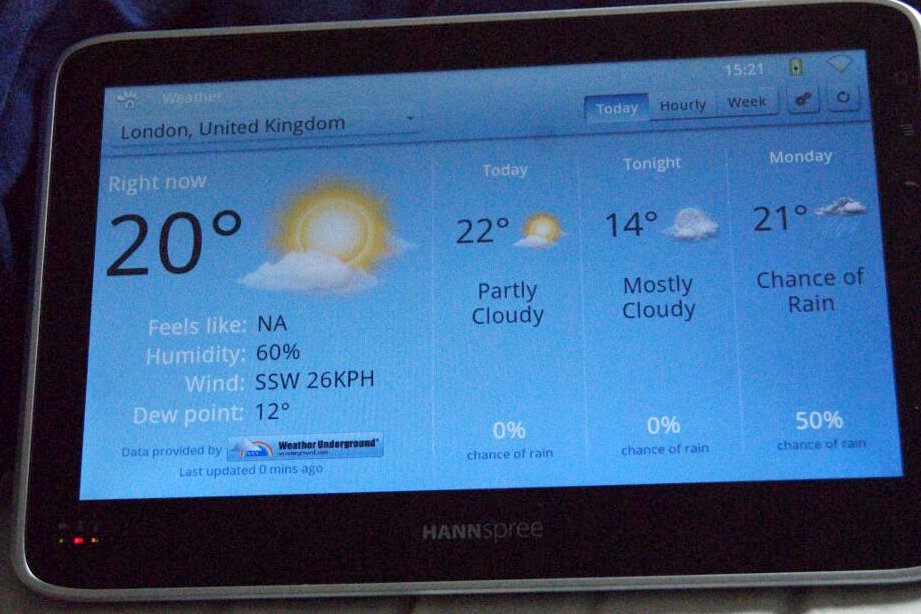 Lastly image is the weather screen, possibly for the partially-sighted.  This probably would have made a better widget than a full-screen app

Right, that was a tragedy of missed opportunities, clichéd design, and short-sighted choices.  In the words of Ragnaros Lord of Fire … “BY FIRE BE PURGED”