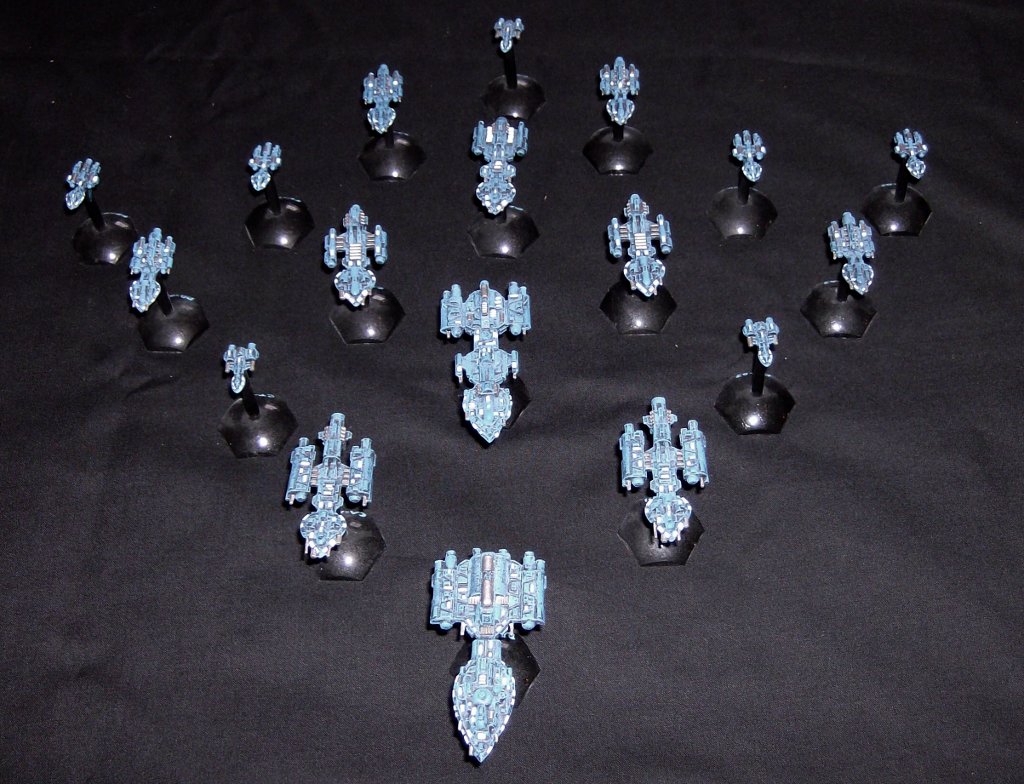 The first few games of Full Thrust we got in went well enough, the hidden movement orders system is great fun, and brings an almost poker-like quality to the games table.  Players have to get good at second guessing their opponents moves so they can position their vessels to make maximum use of their firepower.  Also the fire-control rules are great, just because you have a ship packed with weapons, it doesn’t guarantee you have enough CPU power to track your targets.

The shooting rules are wonderfully simple, it’s a straight out bucket roll with no modifiers, damage tracking is simple enough, and you only have to worry about systems being knocked offline once a ship is pushed past its ‘threshold’ of damage.  The Missile rules are very interesting too, with their target locations being decided AFTER movement orders have been written down, but BEFORE movement orders are revealed.  This really encourages players facing a barrage of missiles to think about making erratic evasive manoeuvres rather than ploughing through the missile swarm headlong.  The Utter devastation Missiles bring to the table, coupled with their unpredictable targeting brings a lot of chaos and confusion to the game .. which is great!

The picture below is our first ever trial run of the rules system.  The Faster and more manoeuvrable FSE ships with missile racks, vs the Slower, heavily armoured and beam-heavy NSL ships.  Result, the FSE Missiles ripped a hole in the NSL fleet, but once their missile racks are dry, they have very little left in the way of beam weapons to finish the job, the NSL ships have enough armour and beam weapons to slowly claw back their losses.  Result, a narrow win for the FSE, and everyone gains a respect for exactly how much damage a missile rack can do. 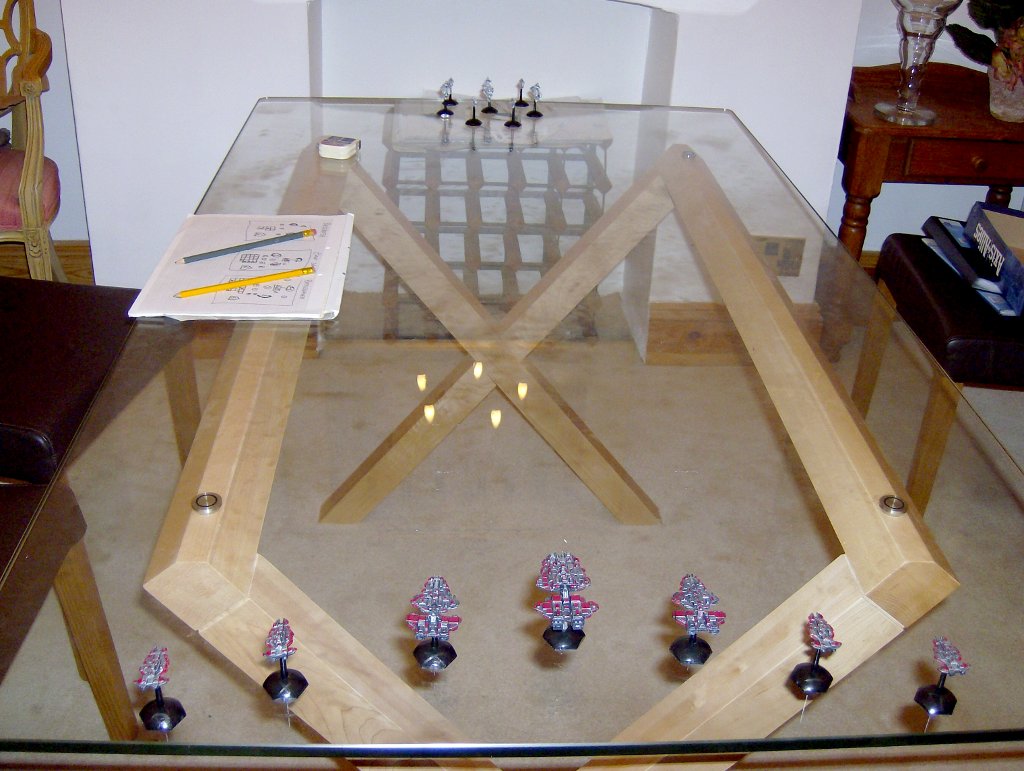 So we have purchased a black cloth for the table, and have finished painting the starter box.  Alex ably commands the NSL to victory over the FSE, by using a screen of corvettes and frigates to soak the incoming missile barrage, protecting the vital Battlecruiser and Battleship units.  The FSE fight valiantly on, but FSE class-1 beams cant cut it against the NSLs thick armour plating and devastating volleys from class-2 and class-3 beams. 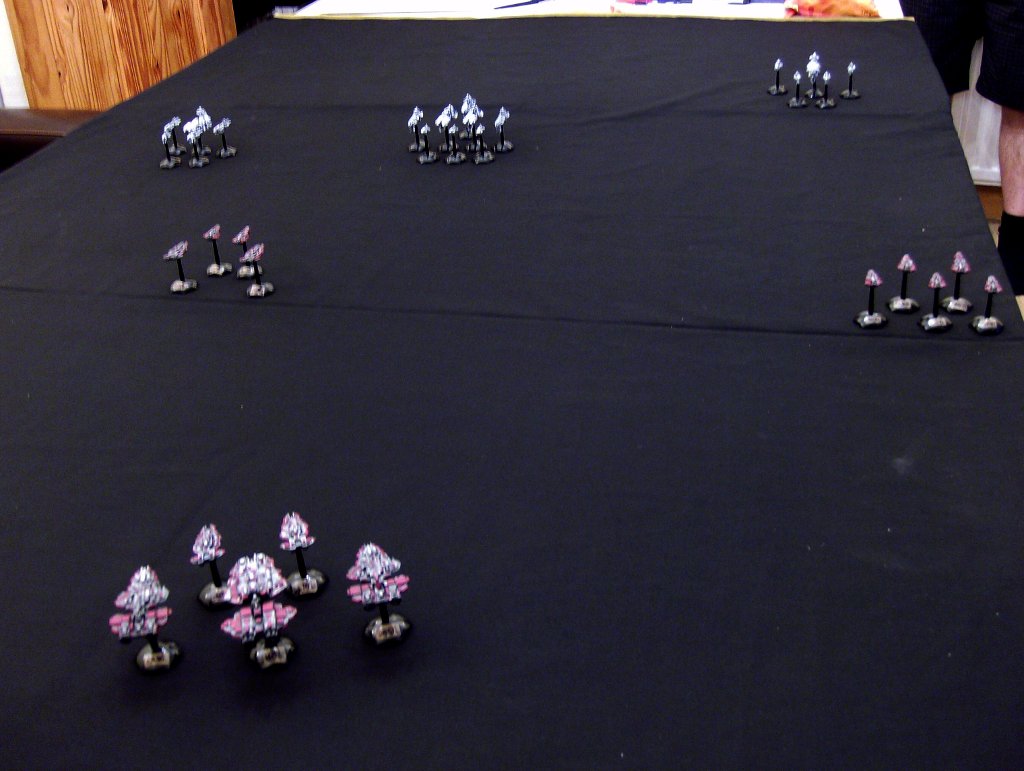