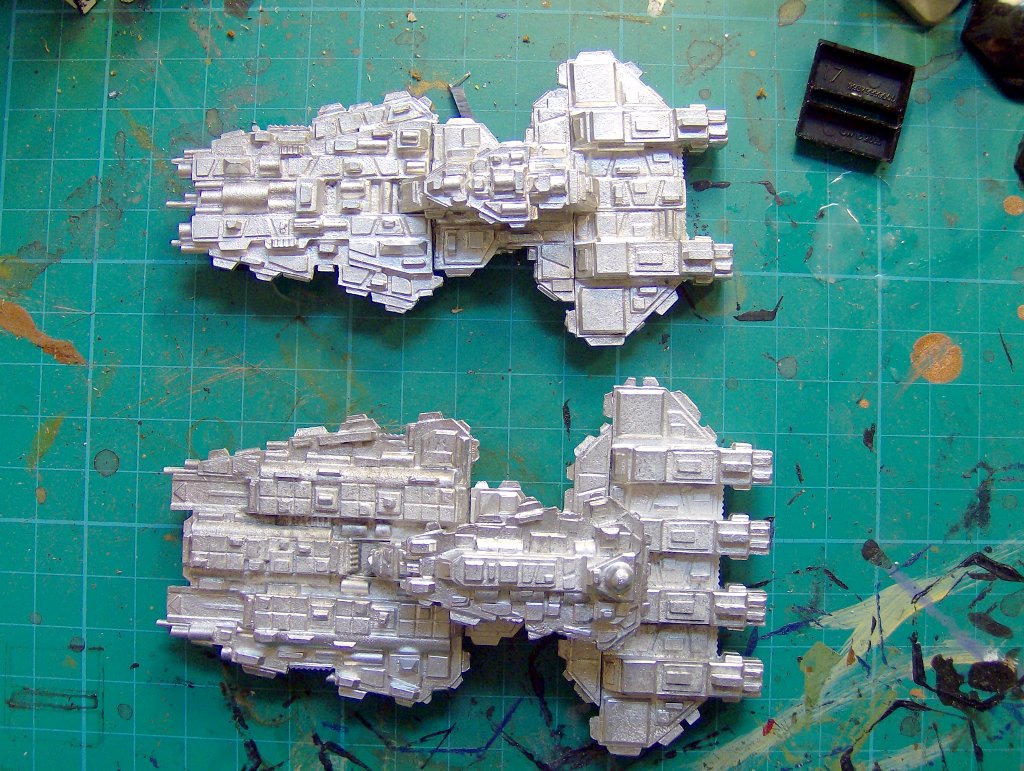 For an successful project, our groups Full Thrust project came pretty much out of the blue with no planning whatsoever, other projects had been planned in quite a bit of detail and failed in the implementation, so for a spur of the moment thing this was quite the exception to the rule. I Had picked up “Miniature Wargames” Magazine April 2010 for the salute traders list (That and its a better read than Wargames Illustrated) . Naturally this gets stuffed at the bottom of my bag and is unread till the day before Salute, when Tom and James travel down to Essex to join Myself and Alex before heading to salute bright (lol) and Early the next day. 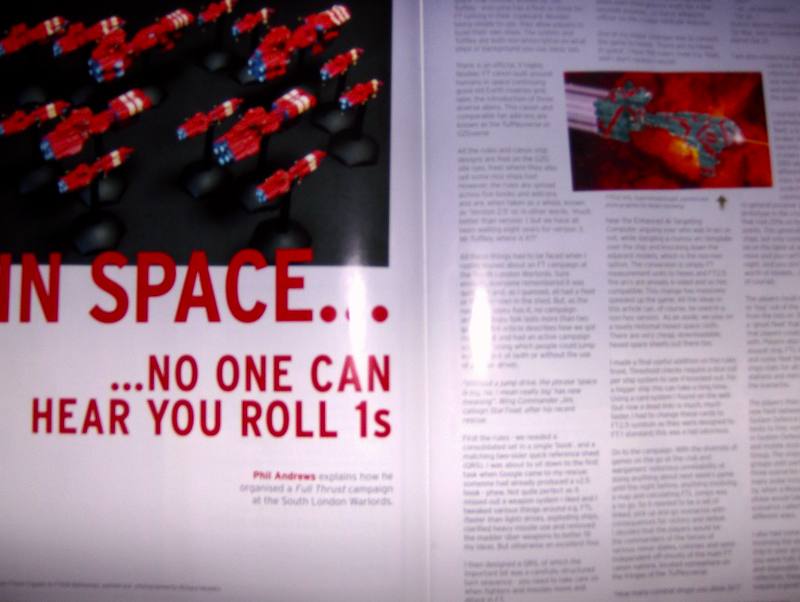 So in “miniature wargames” magazine was a article by Phil Andrews on Full Thrust. This guys had run a Full Thrust campaign for South London Warlords and was documenting his success. I Kinda liked the idea of a space combat game, and the magazine got passed round the group. Naturally we were not at our best, after a All-night binge of 15mm Anglo-Zulu war, with yes-many bottles of ale and pizza thrown in. We skimmed over the piece and Full thrust got discarded for the following reasons

So Full thrust was dropped before the planning stage, and we all settled back into our normal routine.

We breakfasted like kings, and headed on down to Salute. The show as (as it always is) stunning in both scope, scale and variety. I was keeping an eye open for GroundZero Games stand, I have been waiting for them to resume production of their 28mm range of sci-fi resin vehicles for a while (Don’t think this is ever going to happen) It was as I was picking through their discount bin of old sci-fi bits that Alex noticed their new (remodelled) FT range. Now Alex hadn’t really gotten into wargames, and was at salute just (and I quote) “to take this piss out of all the geeks” . However he was instantly sold on the GZG FT Models for the NSL. After he pointed them out we did all agree they did look sexy. To avoid any rash purchases we did the mandatory lap of the venue to calm down .. we have all seen what damage to his credit card a man can do in the heat of a wargames show (The 1-lap purchase tactic works great at salute). 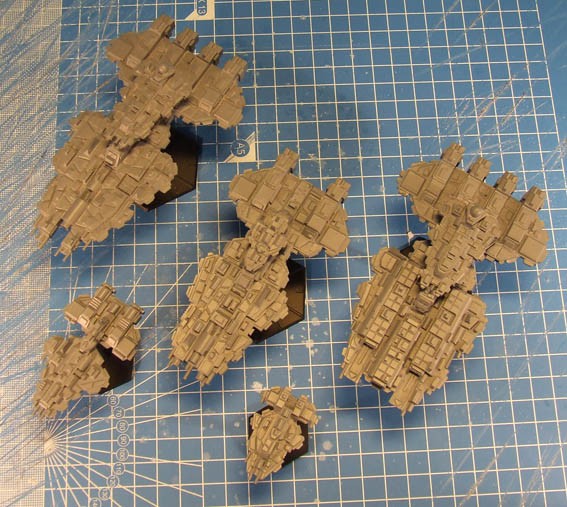 So the Friendly chap at GZG offers us a group-buy discount and a 1-sheet quick-play version of the rules to get us going. Alex getting first pick takes the NSL fleet, as it looks kinda heavy hitting, and is reminiscent of the nebulon-B frigate from starwars. James snaps up the Islamic federation without a seconds pause, he liked how visually distinctive the ships were, and given James is the most uber-pro of all of us, we all figured give him the most alien looking fleet so was can ally against him. Tom, having perused the whole range picks the New Anglian confederation, as their battle-cruisers look a little like Galactica, but mostly because their fighters are X-Wings and Y-Wings (None of us has really checked out the fighter models at this stage) . I Ended up picking the New Israeli fleet because I liked the pylon mounted weapons, however I don’t think I could face commanding a fleet with a ‘star of David’ stuck to every ship, so I dropped that idea and plucked for the FSE models, they looked chunky and would dry-brush well.

So we Picked up the £25 starter boxes and the freebie rules and decided to head home to drool over purchases.

Naturally having 4 perfectly balanced fleets was too much for James, who cracked and brought another £50 worth of ships instantly, just to get the arms race going nice and early. Honestly the 1-lap purchase rule works for most people, just not for James.