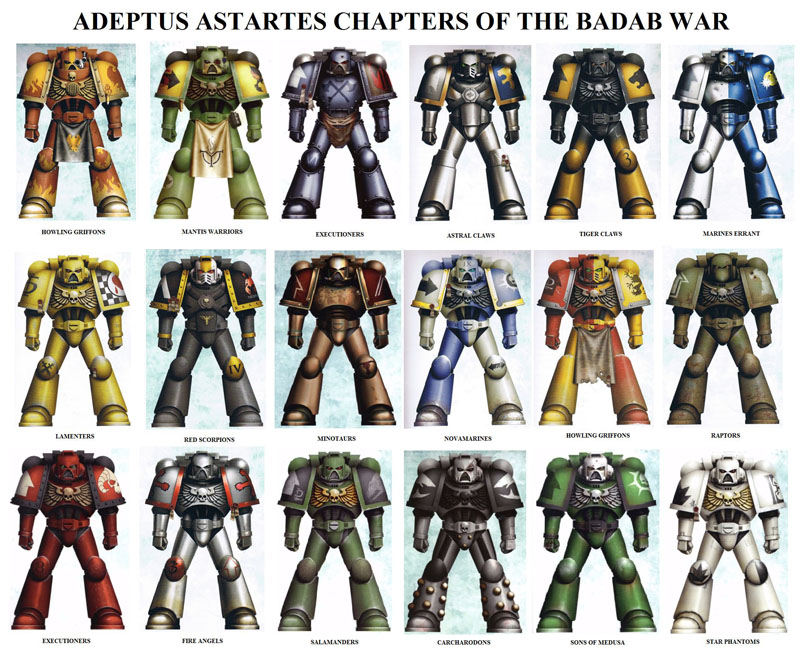 It started around 2 years ago but the Badab war project is back underway! Allmost all the models are here and the first versions of the army list are completed. These may change a bit but ideally will keep the same flavour.

Firstly The Astral Claws, the main protagonists of the conflict and leaders of the secessionists

This list is drawn from the spare marine codex for 5th ed, but is probably going to get a few things added to balance it a bit more. At the moment i thing it lacks just a bit of space marines for holding objectives but will be looked at again. they also have the masters of the chapter formation opening up some intresting options in apoc games and giving them a lot of orbital bombardment which was like by Huron in the back story

The Astral Claws will be sided with the Tyrants Legion

This is an army list drawn from Imperial Armour 9 and represents forces from the local population but is also balanced with a large amout of Imperial Guard Fire power including 12 tanks, and 2 more artillery pieces, meaning the massed swarm of guys can hold objectives and the big gunns pound away hoping to hold on which is mainly what the legion was used for in the books

Now representing the loyalist forceses are the Red Scorpions

the red scorpions are again pulled from the Space marine 5th ed codex but i’ve tried to represent thier love of long range fire power and given them some long range combo’s in the Predator assin squad and the whirlwind formation from the apoc book so should be able to rain down fire from range but they also have a lot of space marines to send forward plus a vanguard vet squad in a rhino to answer any problems.

They will be allied with the Carcharodons 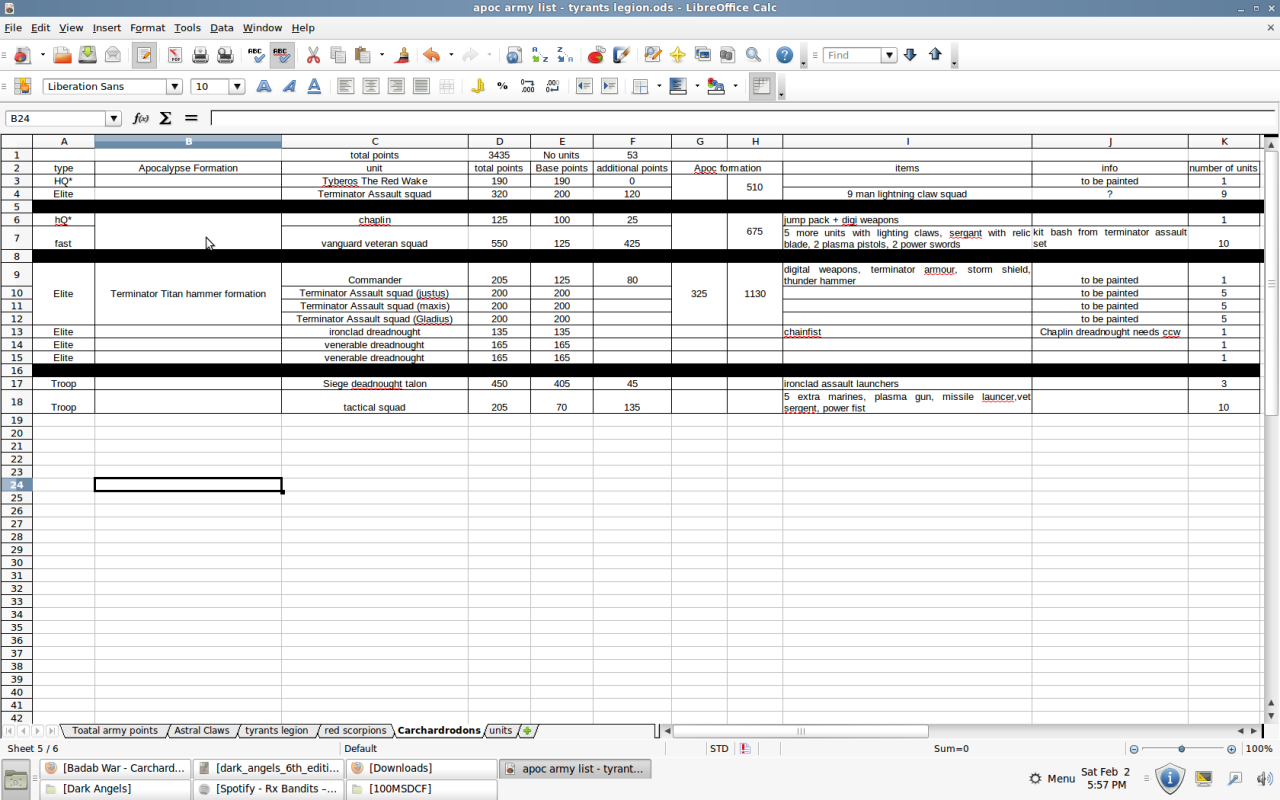 For this i’ve used the siege vanguard assault codex from Imperial Armour 10. They are very very melle orientated. Only 1 space marine squad is included atm but they also have a Siege dreadnought talon and the Titan hammer formation, which means they get the only strength D weapon on the table but with its scatter could easily kill the whole formation aswell as the target. They then also have a jump pack equiped vanguard squad which can deep strike with a chaplin in towe and an lightning claw terminator squad to go with tyberos.Now you may think these are going to buzz saw through most things with ease but the siege vanguard assault force have one weakness. In any game no matter the win condition they have thier own objective marker which must be taken or the entire enemy army wiped out, then they can never do better than draw the game. The objective is also placed by thier opponent in thier deployment zone. They really need to be smashy and they have a lot of deep striking units to combat thisso should be fun to play

Now for the painting to begin. Hopefully the armies will end up fairly well balanced and let us play some good games of apocalpyse.