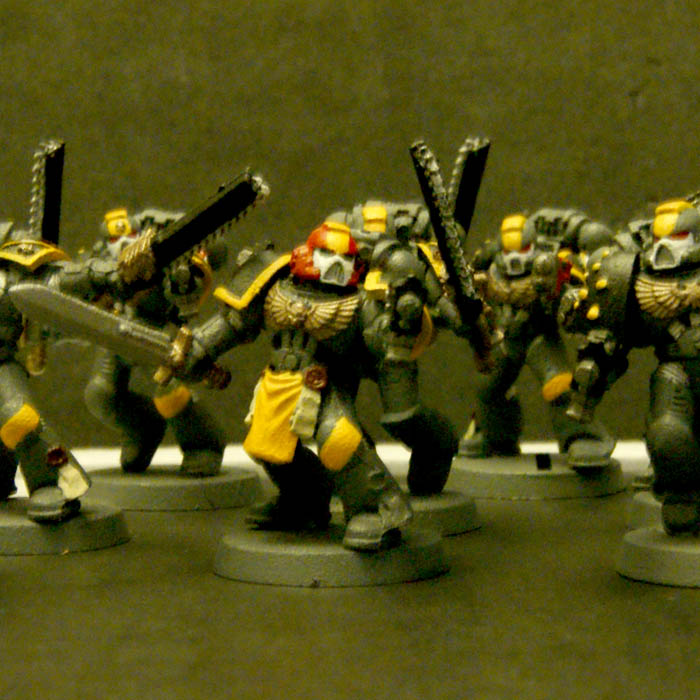 With salute fast approaching and not really knowing how i would transfer all the tanks for a tyrants legion game, its been decided to change the game to a 4 player boarding assault game from IA9. The good new is the models for the carcharodons are finished and dunked and the tyrants legion is now painted, the 3500 list is only 5 tanks and 1 squad from being finished too! Now for our other 2 armies. They are still the red scorpions and astral claws but while i’ve been looking for my camera charger i’ve cracked on and painted almost all the red scorpions with only the honour guard and serverin loth to go,thanks to the noob on ebay for selling £65 worth of models and bits for £20 to let me actually use the real models, now all i have to do is sort the astral claws base stuff then dunk around 100 models should just about have enough time to get it all finished otherwise we’ll just have to play 1v1. Better pictures will follow as every one came out out of focus 🙁