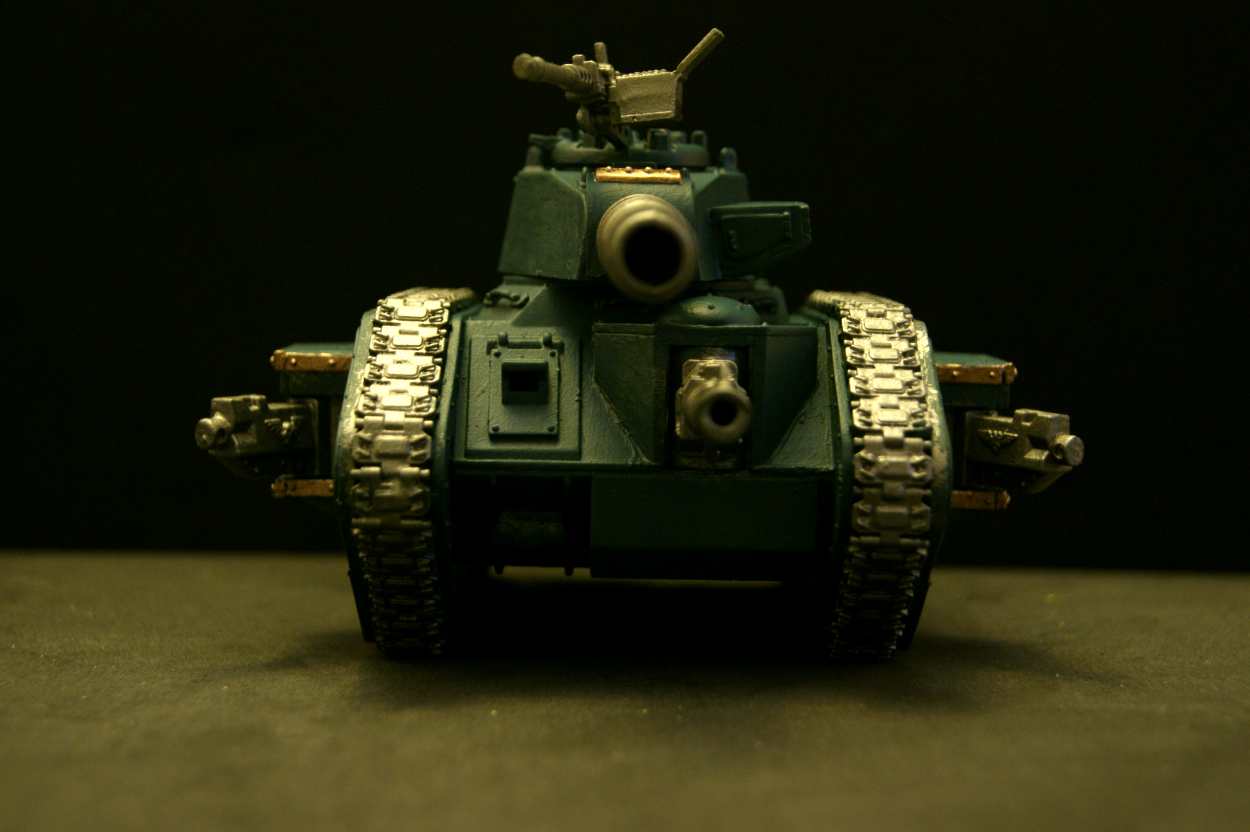 Fresh of the painting table are 2 of the 3 tank squads. The entire formation is designed to be able to handle all kinds of table setup. First group dosent have sponsons and so is designed to stay still and cover open ground with fire, the second group has heavy bolter sponsons then one exterminator and 2 battle tanks, this gives them the ability to have a bit more fire power against troops so can zerg across the table and take stuff on head to head. The final squad are the same as the second squad but have the addition of dozer blades so can move through difficult terrain easier hopefully that should give the flexability to cover situations but only time will tell. any way here are the pics

The first squad with 2 Lascannons and a heavy bolter to 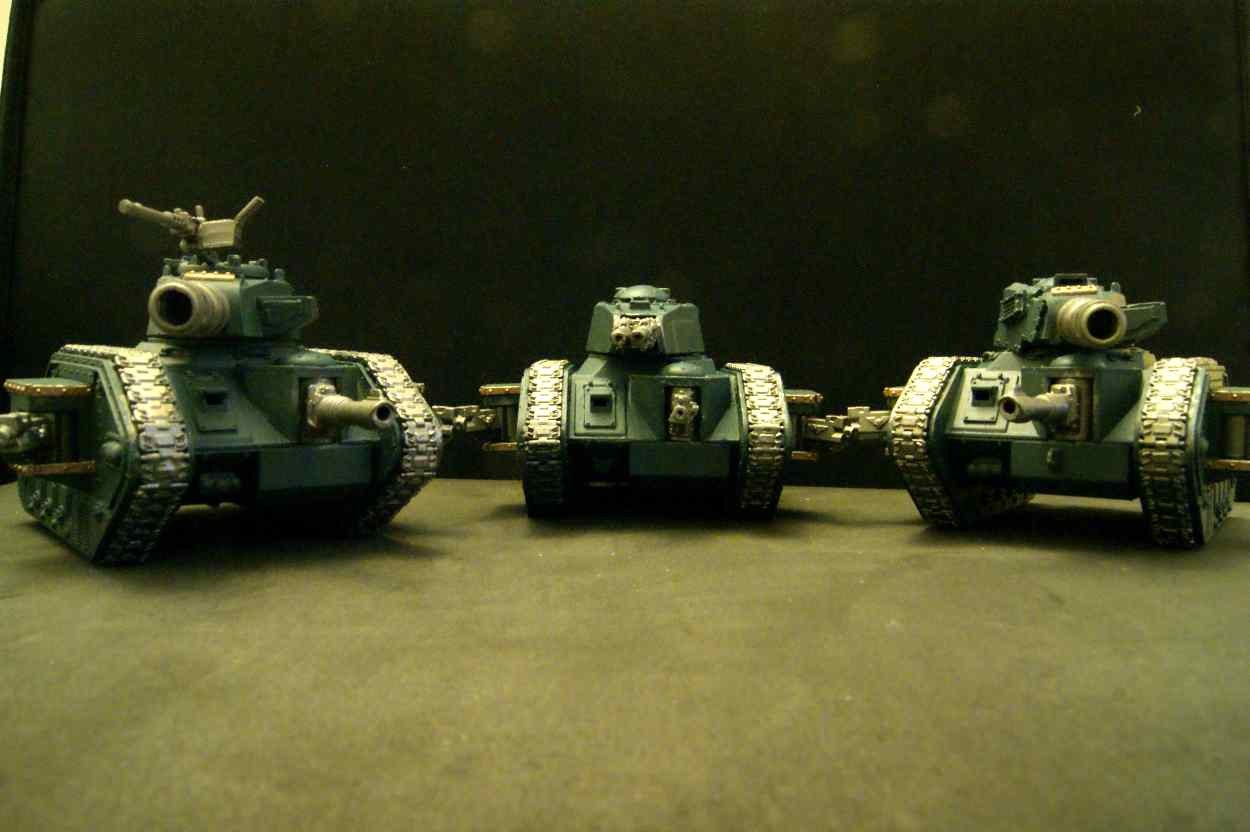 The second squad, one tank also gets a heavy bolter on top.

Pictures of the final squad will follow once i build the tracks out of spares for the last tank. But its not far now till we can have some form of game