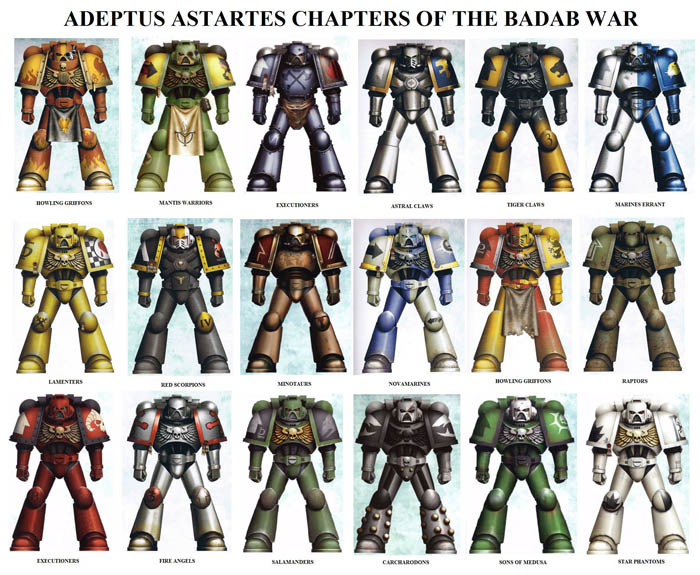 First the final tyrants legion army. Coming in at 3505 now with all the extras on the models now accounted for

Hopefully it should have enought fire power to cause space marines problems and have enough men to hold objectives. This is very similar to the orignal army list with just a little bit a tweaking and a few late additions. Quite a bit of this is allready painted so it shouldnt actually be to long before we actually something we may be able to play. Salute is still the aim but god knows how i’ll get it all down rich’s.

Now for the Carcharodons. They have changed quite a bit but only to make them a bit more playable in 1500 point games while we masterthe rules.

The basis of the army is the same just added a nother siege dreadnought talon to replace the 3 dreadnoughts and added a tactical squad just so the army would work at lower points costs. All thats left to be painted for these is 1 dearnought talon and 1 squad and then the army is finished.

Now once i get a job i’ll start work on finishing the red scorpions and astral claws as i’ve made a few changes as the astral claws had 1500 points spent on a apoc formation that while it is badass just leaves the army a bit weak. Having picked up a few rhino’s i’mthinking of doing quite a mobile squad based army for them as in 4 player the tyrants legion can hold ground while the astral claws zerg forward. this is a similar plan with the red scorpions where the have a bit more rangesd fire power with the Carcharodons being the zerg army but as they games will pritty much allways have the scorpions on the attack they will still have some good units to adavnce with.

all in all i’m hoping it should make for a pritty good game and with a bit of a narative a weekend campaign should be pritty good fun. Any way back to painting