So after a day of with a hangover and a bit of time off for football the next bit of the Carcharodons is almost completed. The first tactical squad just need a few last touches but are pritty much finished. 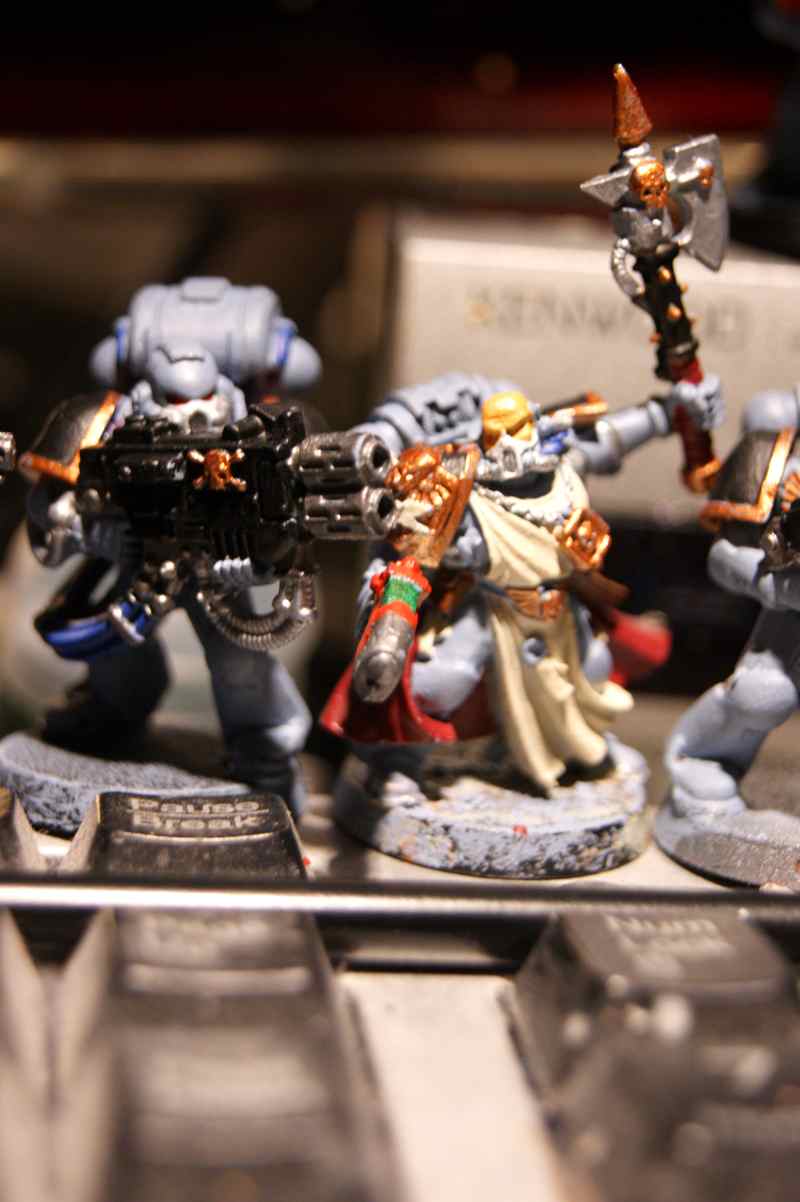 Now what i have also been looking at is the possability of running less than 3500 point games with army lists and i think its going to hard to have enought scoring units which is leading to making a few tweaks of the army lists. So the Carcharodons are loosing the 3 extra dreadnoughts in place of a nother siege dreadnought talon, so not a huge change but changes them to a troop choice and so will be a scoring unit. The Lightning claw terminator squad are also a troop choice thanks to the special rules from tyberos and i’ve added one more tactical squad to give them a change of holding something at range this gives them 4 scorning units all which can be used in a 1500 point game as the titan hammer formation isnt legal due to them having heavy weapons. This has only uped the points total around 60 points so should be easy to cover in the other armies.

On the upside the transfers have been dispatched from forgeworld and hopefully Rich has managed to post the dunk i left at his so may have the army finished in the next 7-10 days. Now all i have to do is decide which army i want to paint 2nd so we can play some games in april at salute. I’m leaning towards the tyrants legion as they have a load of tanks to put on the table and of the 2 armies i think should play better against the cardharodons and thier army of terminators.